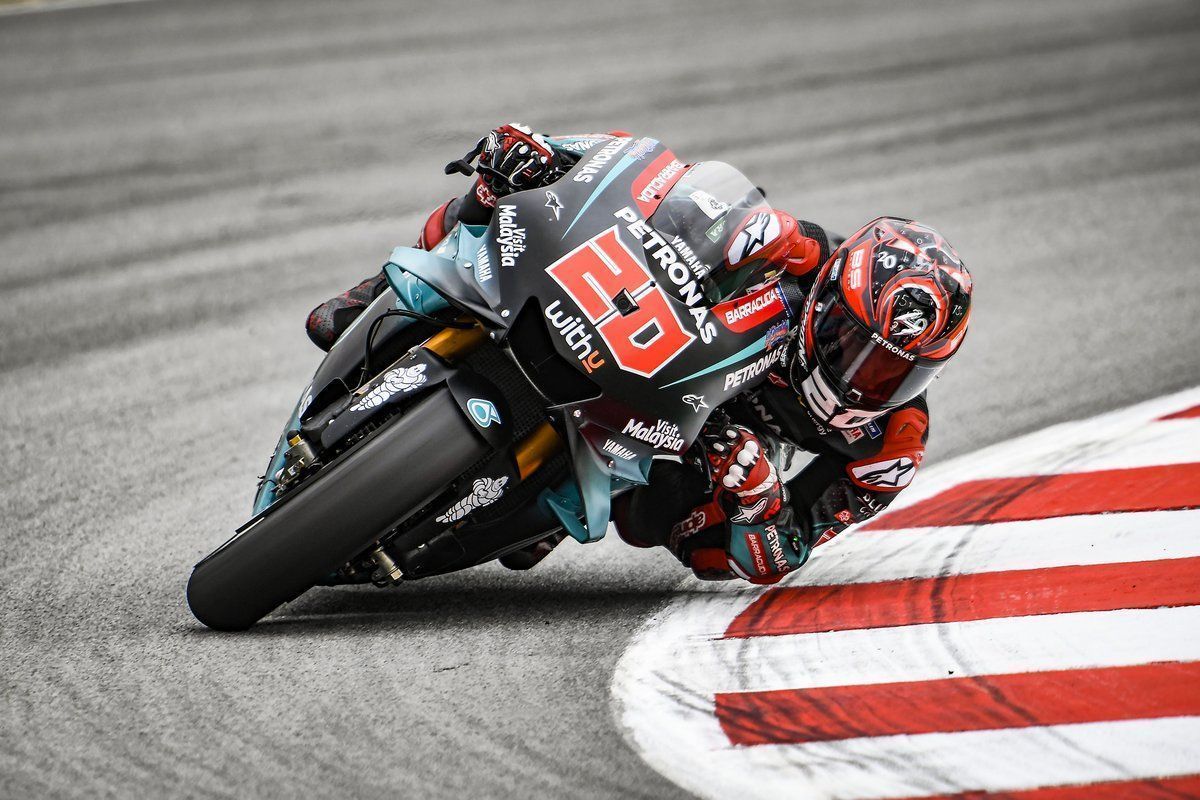 The first part of qualifying at Circuit de Catalunya-Barcelona in MotoGP Catalan GP started off with Pramac Ducati’s Jack Miller’s crash after the Australian went quickest. He managed to get back into the pits to go out on the second bike.

Meanwhile, the times started to tumble as Petronas Yamaha SRT’s Franco Morbidelli setting the best time of the Q1 session at 1m39.727s to make it into Q2. It was a fight for second as Pramac Ducati’s Francesco Bagnaia (1m40.167s) looked likely.

The Czech rider was looking good on his final lap but traffic hampered his progress but he managed to beat LCR Honda’s Takaaki Nakagami (1m40.362s) and the rest. The Japanese was in contention for a Q2 spot but didn’t manage enough in the end.

It was an improved performance from the Malaysian with Aprilia tester Bradley Smith (1m41.232s) in 22nd from Suzuki tester Sylvain Guintoli (1m41.270s) and Aprilia’s Andrea Iannone (1m41.748s) – the latter unable to set a second time after stopping at pit exit.

The fight for pole intensified in the second part of qualifying as Morbidelli took provisional pole with a lap of 1m39.711s from Petronas Yamaha SRT’s teammate Fabio Quartararo with Ducati’s Danilo Petrucci in third from Suzuki’s Alex Rins.

Honda’s Marc Marquez was only fifth ahead of Yamaha’s Valentino Rossi, Maverick Vinales and Ducati’s Andrea Dovizioso. As things looked to settle down, Petrucci went down at Turn 5 in a slow crash but managed to get back up and head into the pits.

As the second runs started, it was disaster for Rins as he crashed out without any chance of pole as Quartararo went quickest with a 1m39.484s to take his second MotoGP career pole at Catalan GP. The Frenchman’s pole comes after a surgery between the two races.

UPDATE: Following the stewards decision, Vinales was found riding in an irresponsible manner after his run-in with Quartararo and Petrucci towards the end of the qualifying session. He has been handed a three-place grid penalty as a result.

It drops him from third to sixth as a result with Morbidelli, Rossi and Dovizioso gaining a place each to start Sunday’s Catalan GP at Circuit de Catalunya-Barcelona from third, fourth and fifth respectively, with Vinales in sixth ahead of Petrucci.