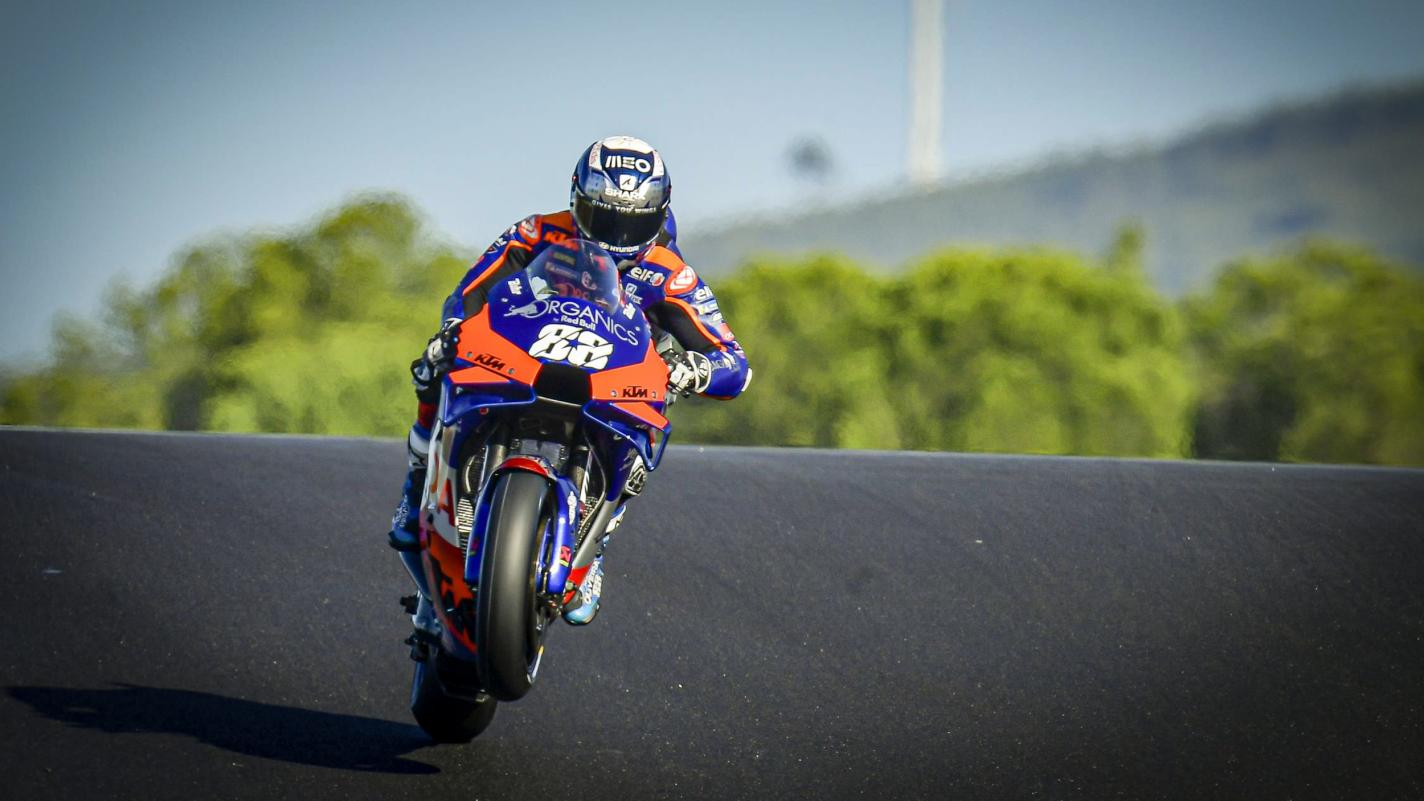 There was a delay with the start of MotoGP Portuguese GP at Algarve due to track conditions but once things got going, it was Petronas SRT’s Franco Morbidelli (1m39.603s) and Aprilia’s Aleix Espargaro (1m39.762s) leading the way to find a spot in Q2.

KTM’s Brad Binder slotted in third from LCR Honda’s Cal Crutchlow and Honda’s Alex Marquez. It was like after their first run but before the second running could start, Morbidelli’s fastest lap time was cancelled due to track limits, dropping him to seventh.

This promoted Espargaro to first along with Binder – in a prime position to get into Q2. Things got heated when the MotoGP riders returned for their second run as Crutchlow went fastest with a 1m39.250s, while Morbidelli (1m39.276s) slotted himself in second.

The Italian survived just after Binder came close to beating him but lost time on the final sector to remain third and 13th for the Portuguese MotoGP race. Espargaro ended up 14th as Pramac Ducati’s Francesco Bagnaia did well to put himself in 15th.

The second part in Portuguese MotoGP qualifying had Petronas SRT’s Morbidelli lead the way with a 1m39.245s as the front-row had Pramac’s Jack Miller and Avintia’s Johann Zarco, with Yamaha’s Maverick Vinales slotting in fourth after first run.

The Portuguese rider claimed his maiden MotoGP pole at his home circuit in Algarve. Pramac’s Jack Miller slotted in third after he bumped LCR Honda’s Crutchlow and Petronas SRT’s Fabio Quartararo to fourth and fifth, having been second and third at one point.

Honda’s Stefan Bradl did a solid job in sixth after running third for a brief moment as Zarco recovered to end up seventh as Vinales was eighth with KTM’s Pol Espargaro ninth, Suzuki’s Alex Rins 10th, LCR Honda’s Takaaki Nakagami and Ducati’s Andrea Dovizioso – the latter had his quick lap time deleted along with Espargaro.

🏁 @_moliveira88 takes pole as the independent riders take over!