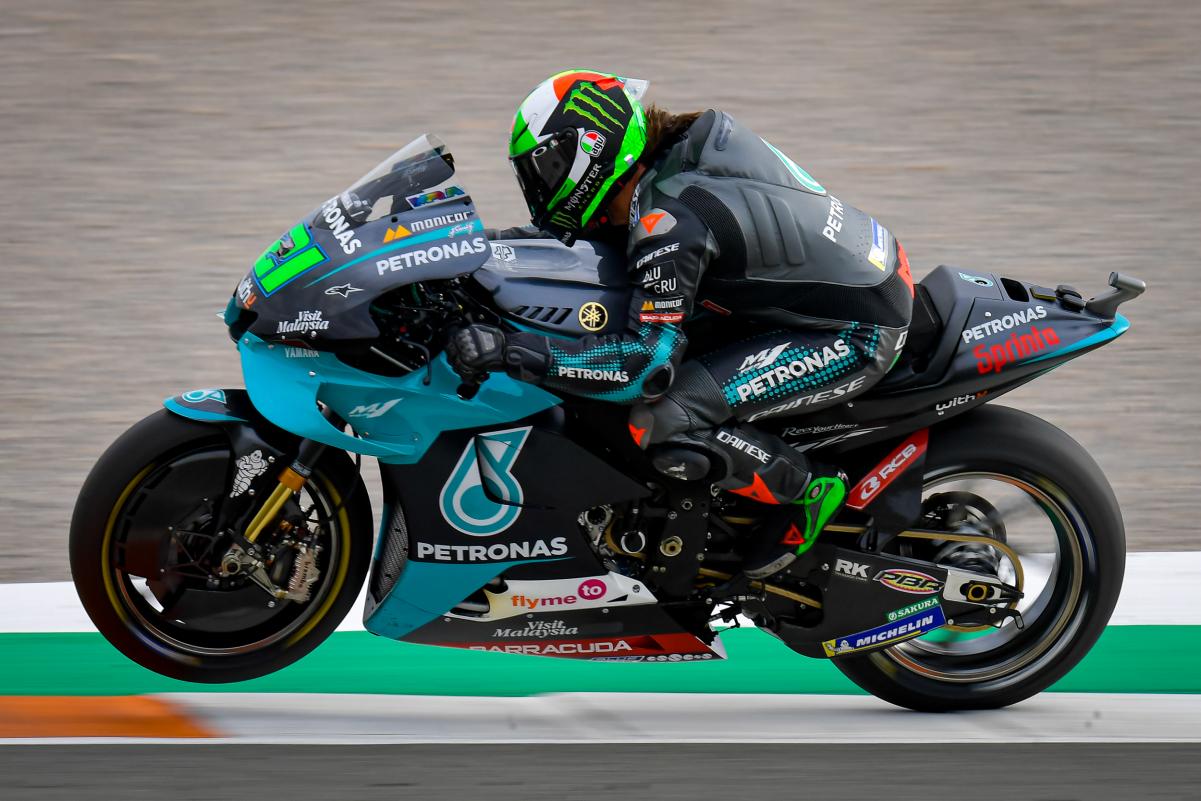 The first part in Valencia GP MotoGP qualifying saw KTM’s Brad Binder and Petronas SRT’s Fabio Quartararo lead the way from start to finish with little change in the Top 2. The South African set a 1m30.810s, while the Frenchman had a 1m30.959s to make it into Q2.

It wasn’t great for Suzuki’s Alex Rins, as frustration certainly crept in the team, after he ended up only 14th behind LCR Honda’s Cal Crutchlow. Even Ducati’s Danilo Petrucci did not have a great time to be 15th ahead of Yamaha’s Valentino Rossi.

It was further misery for MotoGP contender Andrea Dovizioso, who was only 17th abode his Ducati. Honda’s Stefan Bradl was 18th ahead of Avintia Ducati’s Tito Rabat as a massive high-side meant, Honda’s Alex Marquez was only 20th from Aprilia’s Lorenzo Svadori.

The second part in Valencia MotoGP qualifying started under cloudy conditions with spits of rain falling. Interestingly, KTM’s Binder remained in the front in Q2 still to start out ahead of Tech 3 KTM’s Miguel Oliveira as Petronas SRT’s Quartararo in third.

The South African and the Frenchman continued all-through the session, having got only one pair of tyres. The lead, though, changed hands midway in the session as Pramac Ducati’s Jack Miller joined the party along with Petronas SRT’s Franco Morbideli.

In fact, Morbideli went quickest with a 1m30.191s to take MotoGP pole in Valencia GP from Miller and LCR Honda’s Takaaki Nakagami, with the Japanese once again showing his consistent run in the 2020 MotoGP season.

Having looked good initially, Binder could only manage ninth from Oliveira, as the 2020 MotoGP title contenders Quartararo and Mir, were only 11th and 12th – making it a tasty Valencia GP ahead for Sunday.

The top three riders in the championship line up 11th. 12th and 14th!!! 😱@motul | #ValenciaGP 🏁 pic.twitter.com/HXCPtfhlDt 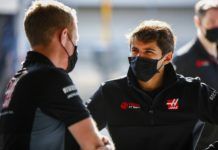 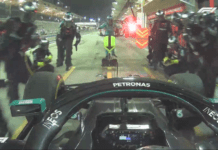 Audi preparing for LMDh, Dakar as it will leave Formula E...

Fittipaldi handed F1 debut by Haas in place of Grosjean for...