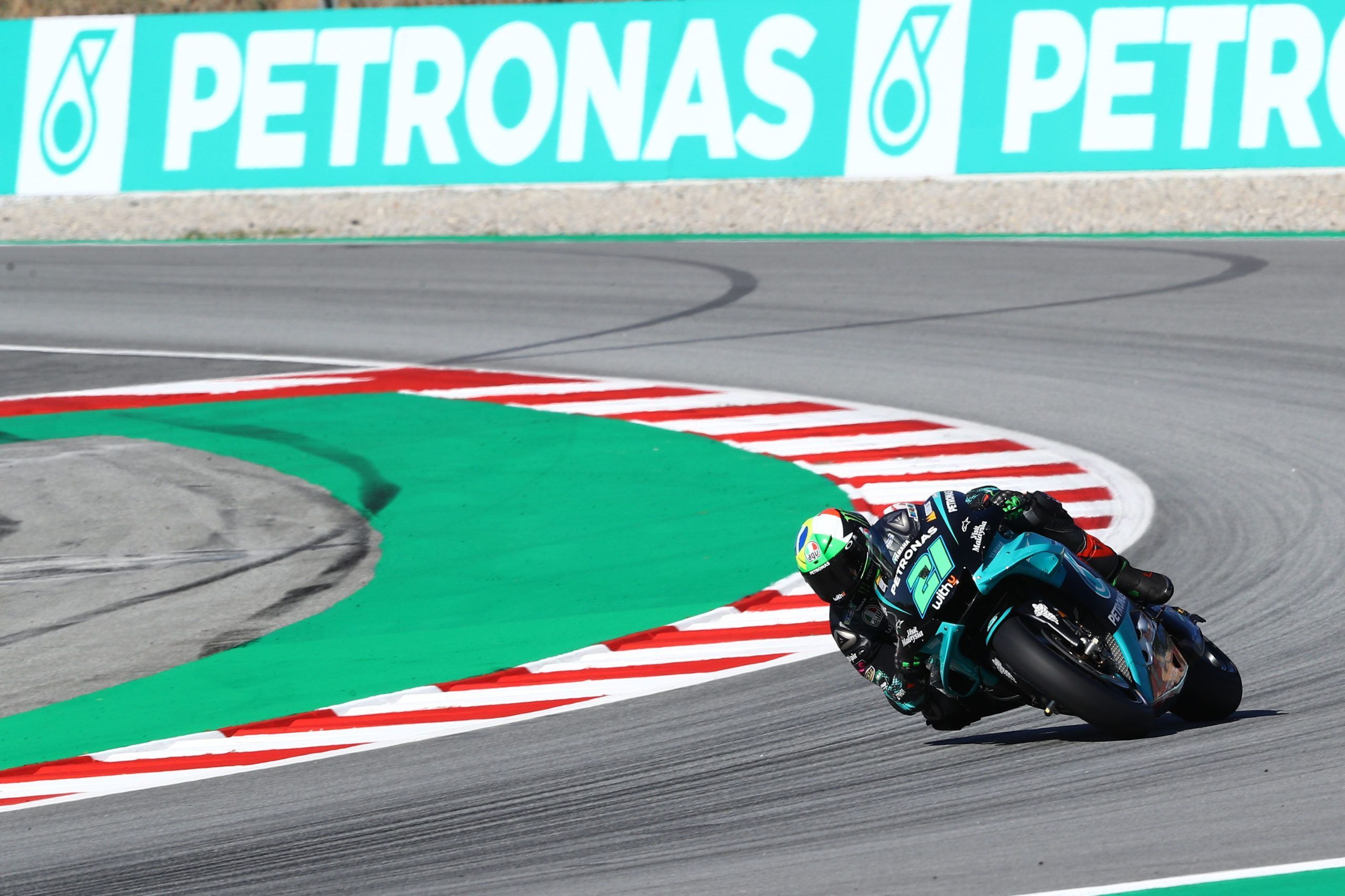 The first part in MotoGP Catalan GP qualifying at Barcelona had Prama Ducati’s Jack Miller (1m39.705s) leading initially from Aprilia’s Aleix Espargaro as they got the better of LCR Honda’s Cal Crutchlow and also the other Pramac of Francesco Bagnaia.

Miller only improved on his final run to make it into Q2 with a 1m39.399s as Suzuki’s Alex Rins had it until LCR Honda’s Takaaki Nakagami (1m39.547s) pushed the Spaniard to 13th to sneak into the second part of qualifying.

The second part in MotoGP Catalan GP qualifying started with Petronas SRT’s Franco Morbideli leading from Yamaha’s Maverick Vinales as Tech 3 KTM’s Miguel Oliviera had a crash. No sooner then that Pramac’s Miller slotted into second.

He had Avintia’s Johann Zarco just behind him with Vinales dropping to fourth as replays showed Petronas SRT’s Fabio Quartararo going wide at Turn 10 to be only 12th. It got interesting in the second run then with the Frenchman pushing hard.

Quartararo did it as well to go quickest but his teammate Morbideli went further to take MotoGP pole in Catalan GP with a 1m38.798s to beat the Frenchman as he led a Yamaha 1-2-3 with Valentino Rossi ending up third after a late improvement.