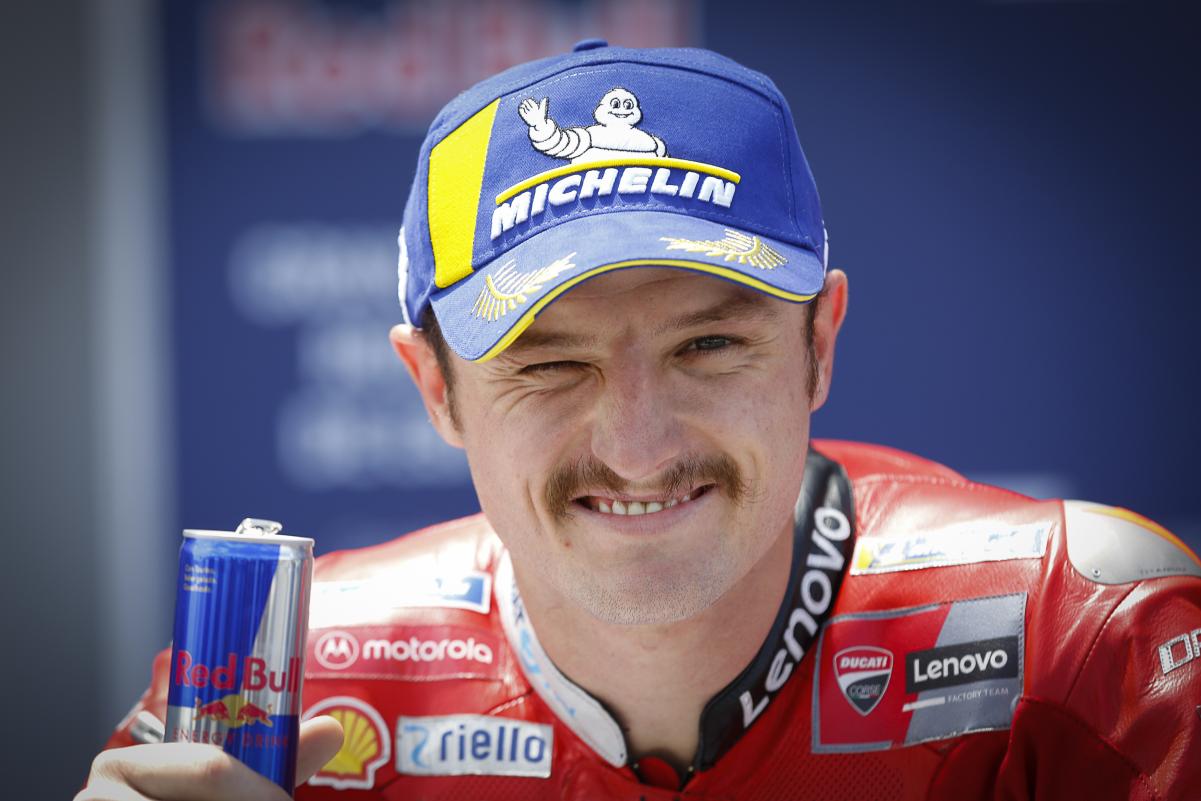 Ducati finished 1-2 in MotoGP Spanish GP after a win for Jack Miller from Francesci Bagnaia and Petronas SRT’s Franco Morbidelli.

It wasn’t the great start for Yamaha’s Fabio Quartararo from pole as Ducati’s Jack Miller took the lead in MotoGP Spanish GP from Petronas SRT’s Franco Morbidelli and Francesco Bagnaia. The Frenchman dropped to fourth after a slow start.

There was also a fall for Rins and KTM’s Brad Binder in subsequent laps but both managed to continue on, rejoining at the back of the field. At the front, meanwhile, Miller started to come under pressure from Quartararo who cleared Bagnaia and Morbidelli.

It didn’t take much time for Quartararo to eventually pass Miller to lead the MotoGP Spanish GP, as Espargaro passed Bagnaia for fourth. The Italian, though, fought back to retake the place, as he then set course in his chase for Morbidelli in third.

The order behind them had Nakagami steady in sixth from Mir and Vinales, while Pramac Ducati’s Johann Zarco climbed up to ninth. Marquez remained 10th ahead of Honda teammate Pol Espargaro and the wildcard Stefan Bradl in 12th.

The Top 15 then had KTM’s Miguel Oliveira in 13th ahead of Tech 3 KTM’s Danilo Petrucci and Iker Lecuona. The Portuguese’s teammate Binder had another fall at Turn 13 which ended his race, while Avintia Ducati’s Enea Bastianini also had a crash.

At the front, there was a change in the lead when Miller retook the place from a slow-moving Quartararo. The Frenchman suddenly lost pace, which allowed the Australian to catch-up and pass him, while Bagnaia cleared Morbidelli for third behind.

Quartararo started to stumble down the order as Bagnaia was up to second with Morbidelli in third. Behind, Nakagami made huge progress to be fourth after a superlative pass on Espargaro, who dropped to sixth, behind Mir.

Vinales was seventh from Zarco, Marquez and Espargaro, with Quartararo in 10th ahead of Oliveira and Bradl. At the front, Miller had it under control to win MotoGP Spanish GP from teammate Bagnaia in a Ducati 1-2, while Morbidelli was third.

Nakagami held on to fourth from Mir, with Espargaro keeping off Vinales in the fight for sixth, as Zarco, Marquez and Espargaro rounded out the Top 10. Oliveira was 11th from Bradl, with Quartararo in 13th from Petrucci and Lecuona in Top 15.