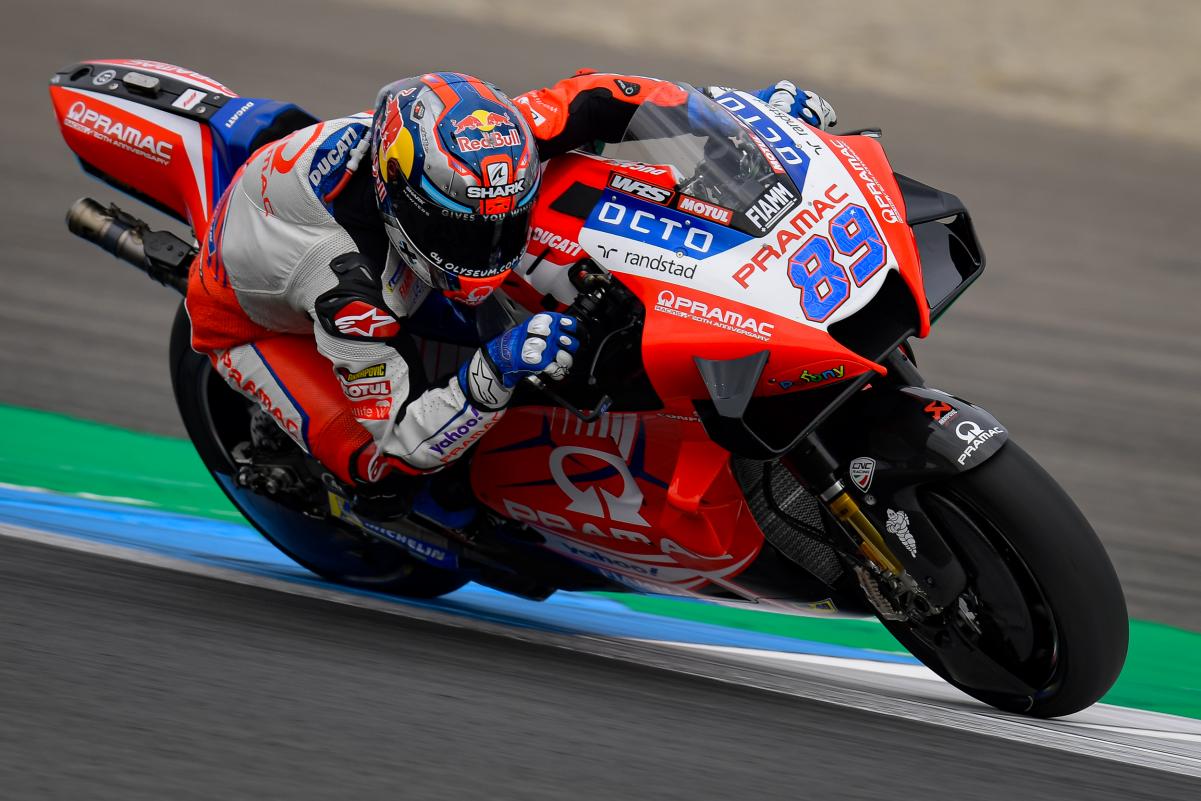 The first part of MotoGP Styrian GP qualifying saw KTM’s Miguel Oliveira lead the way at the halfway mark with a 1m23.773s from Suzuki’s Alex Rins, while LCR Honda’s Alex Marquez was not far off in third from KTM pair of Brad Binder and Dani Pedrosa.

Oliveira returned to action after missing Friday practice due to fall in FP1. It was a dramatic session in qualifying with lots of lap deletion, including for the brief pace-setter Enea Bastianini in the Avintia Ducati, which dropped to the lower half of the field.

It helped Oliveira (1m23.552s) to make it into Q2, having finished second to Marquez (1m23.547s), who improved on his final attempt to make it into the Top 12. The Spaniard’s improvement pushed Rins to 13th overall and getting knocked out in Q1.

Despite getting his lap deleted, Pedrosa did well on his MotoGP return as a KTM wildcard to be 14th from Honda’s Pol Espargaro in the Top 15. Binder also had his lap deleted to be 16th, with leading Petronas SRT rider was Valentino Rossi in 17th.

The second part of MotoGP Styrian GP qualifying saw Yamaha’s Fabio Quartararo lead the way with a 1m23.075s lap, with Ducati’s Jack Miller and Pramac Ducati’s Jorge Martin just behind the Frenchman. The latter almost had pole but for track limits lap deletion.

His lap looked good for a top spot, but he had a small off which ruined his lap where he was second. With a new ride height device, Suzuki’s Joan Mir was fourth ahead of Yamaha’s Maverick Vinales and Aprilia’s Aleix Espargaro in the Top 6.

The second run saw quite the change in the order with Ducati’s Francesco Bagnaia taking top spot but was beaten by Martin, who set a record-breaking 1m22.994s. It was beaten by Quartararo on his final attempt, but track limits deleted that pole lap.

It was Martin on pole then from Bagnaia, with Quartararo in third ahead of Miller, Mir and Pramac’s Johann Zarco, who made it four Ducati riders in the Top 6. Espargaro was seventh from Honda’s Marc Marquez, who ended his run in a small crash at Turn 1.

Vinales ended up ninth from LCR’s Takaaki Nakagami, who led teammate A Marquez, while Oliveira’s lone run saw him end up 12th.