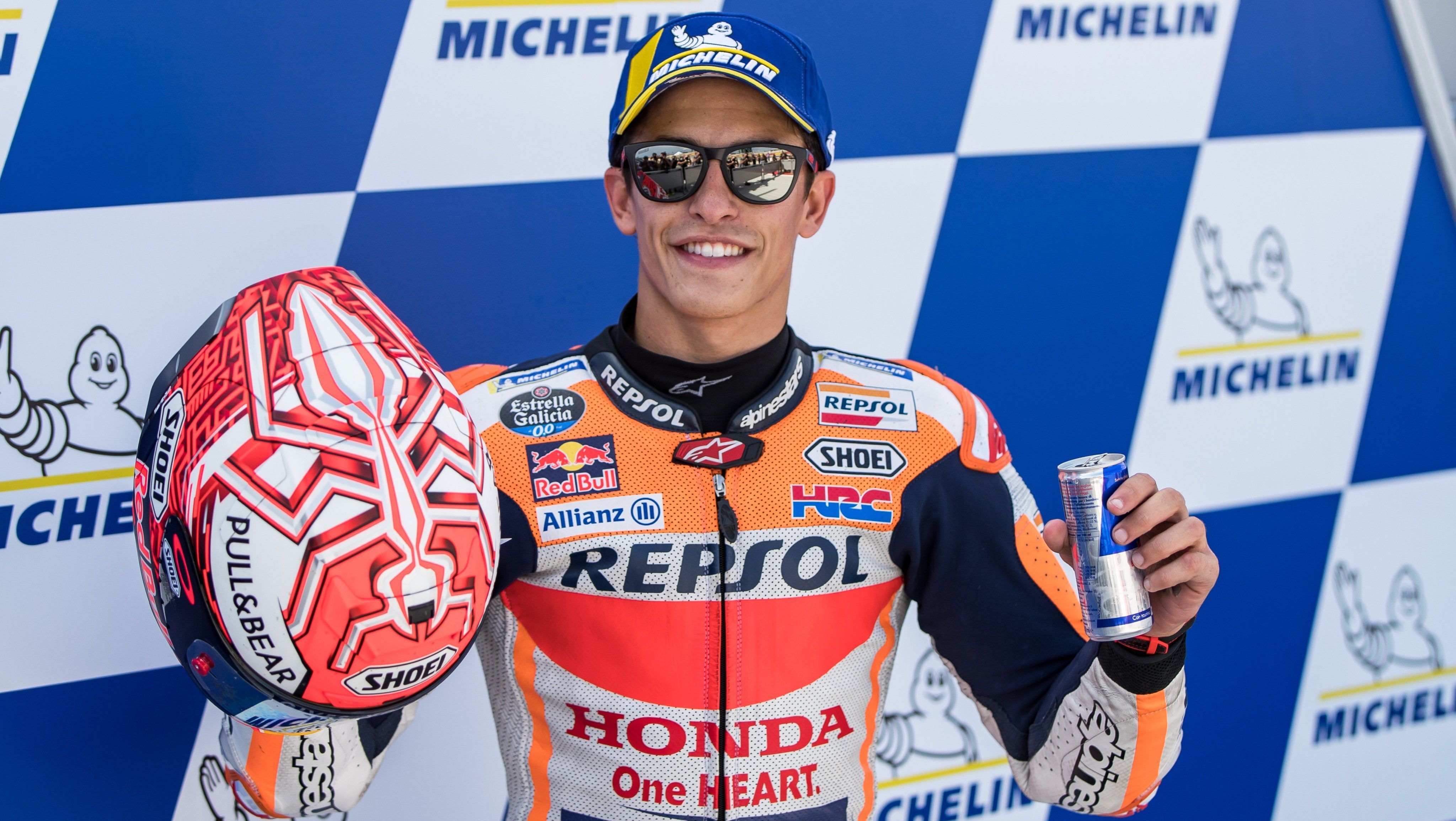 Pole-sitter and Honda’s Marc Marquez made a solid start to Aragon MotoGP race as he led from Pramac Ducati’s Jack Miller with Petronas Yamaha SRT’s Fabio Quartararo dropped to third behind the Australian.

Yamaha’s Maverick Vinales was fourth with Aprilia’s Aleix Espargaro maintaining his position ahead of the other Yamaha of Valentino Rossi, Ducati’s Andrea Dovizioso and LCR Honda’s Cal Crutchlow.

A crash at Turn 12 for Petronas Yamaha SRT’s Franco Morbidelli dropped him out of the game with Suzuki’s Alex Rins deemed guilty by the stewards as he was handed a Long Gap penalty.

It helped Aprilia’s Andrea Iannone and Ducati’s Danilo Petrucci in the Top 10. As the race progressed, Vinales was on the move with the Yamaha rider clearing Quartararo and Miller to slot second behind Marquez.

Even Dovizioso gained places with the Italian clearing Rossi, Espargaro and Quartararo to be fourth, with Crutchlow gaining on Rossi to be seventh as Iannone fended off Tech 3 KTM’s Miguel Oliveira and Rins.

At the front, Marquez checked himself out with Vinales also ahead by a good margin as Dovizioso passed Miller to third. Quartararo was a lonely fifth with Espargaro defending from Crutchlow.

The fight for ninth had Rins clearing multiple riders to be ahead of Petrucci. It was only time for Marquez to seal the deal as the Spaniard scored his eighth MotoGP win of 2019 in Aragon GP ahead of a superb duel.

Vinales kept second for long but a late pass from Dovizioso got him second in a supreme fight back from the Italian. The Yamaha rider then lost his podium to Miller with Quartararo in fifth.

Behind, Crutchlow passed Espargaro to finish sixth with the Spaniard registering his best result of the season in seventh ahead of Rossi, who was a lonely eighth from Rins and LCR Honda’s Takaaki Nakagami in Top 10.

The Japanese rider got the better of Petrucci and Iannone with the latter finishing 11th. Petrucci dropped to 12th and only managed to keep the place by just the 0.020s from Oliveira.