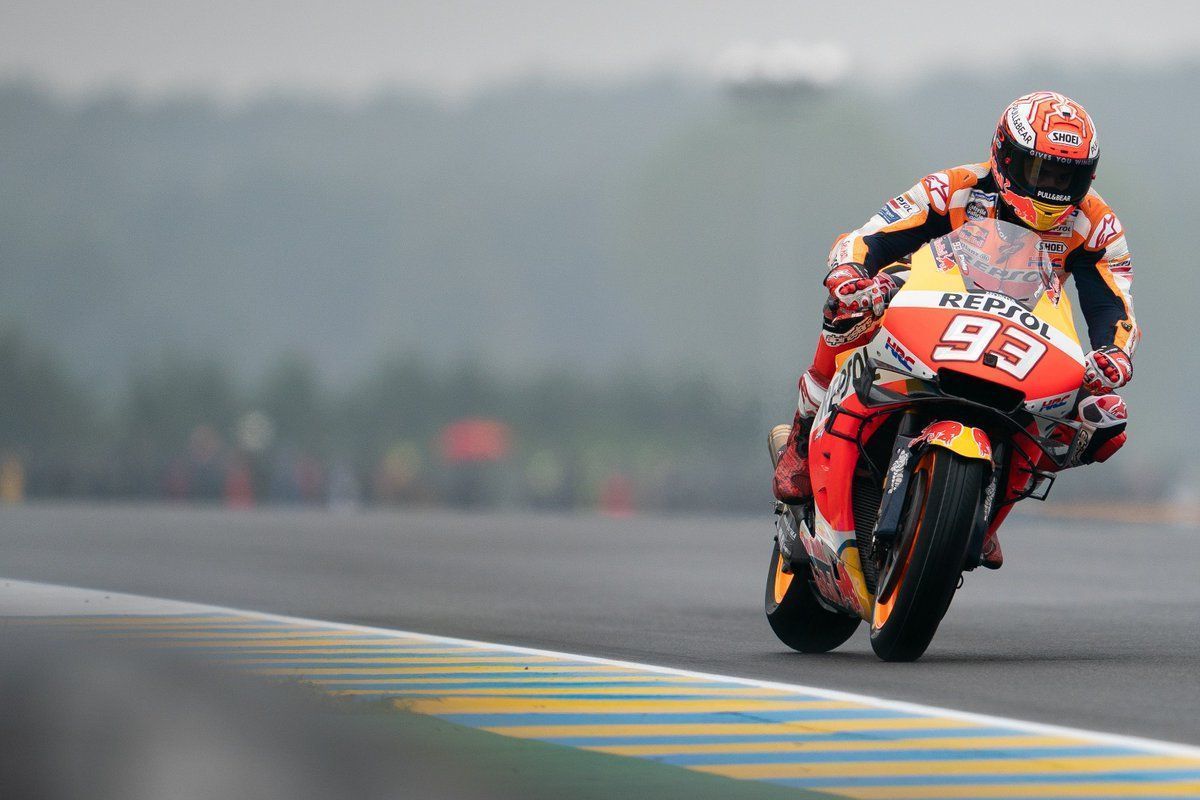 The mixed conditions at Le Mans circuit played a decisive role in the first part of the French GP qualifying as majority of the riders went on the wet compound for their first run but Yamaha’s Valentino Rossi gambled on the slick compound.

The Italian’s gamble paid off as he set a 1m37.667s lap which was enough for him to make it into Q2 while the rest of the field rushed into the pits to change to the slick compound but it was far too late for the majority of the riders in the end.

With Rossi far ahead, the second sport was up for grabs as Petronas Yamaha SRT’s Franco Morbidelli (1m39.262s) took it eventually after desperate attempts from Suzuki’s Alex Rins and KTM’s Johann Zarco to venture out on new wet compound failed at the end.

It was another gamble by Rossi to use the slick compound in the second part of the MotoGP qualifying at Le Mans but it didn’t work as he was only 12th with the rain only harder. It was the same for Maverick Vinales and Petronas Yamaha SRT’s Fabio Quartararo.

The rest of the field opted for the wet compound as Honda’s Marc Marquez led the way. The Spaniard set a 1m40.952s for provisional pole but he crashed after losing the front-end in the right-hander. Fortunately, he managed to get up and continued to run on the same.

Meanwhile, Rossi, Vinales and Quartararo pitted to change onto the the wet compound – all three of whom managed to improve on their second run. But nobody could challenge Marquez in the end with the Honda rider securing MotoGP pole in French GP.

Another of the Q2 starter Morbidelli (1m41.681s) did a solid job in sixth with LCR Honda’s Takaaki Nakagami (1m42.059s) finishing seventh despite a fall for the Japanese. Honda’s Jorge Lorenzo (1m42.067s) could only manage eighth.