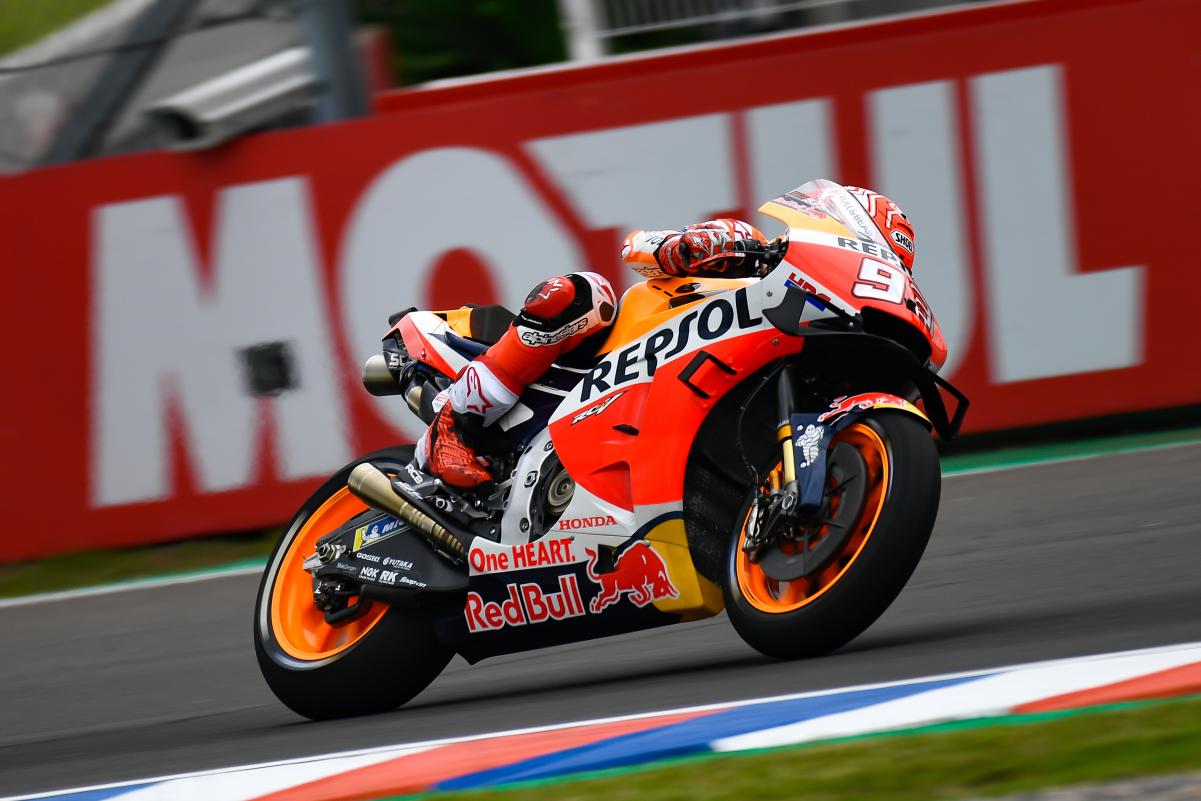 After showing strong pace all weekend long, Marquez extended his domain in Argentina GP qualifying at Termas de Rio Hondo with a superb pole from rivals Vinales and Dovizioso in a close encounter, as he beat both the riders by a tenth and a half.

Interestingly, there were no unexpected riders in Q1 apart from the Suzuki riders, especially after the pace they showed in Qatar but they lacked pace in Argentina. LCR Honda’s Takaaki Nakagami was the star in Q1.

He already went through to Q2 in Losail and did it again in Argentina as no one managed to beat his time in the 15-minute session. There was a tight fight behind him for second position though, between the two Espargaro brothers.

While Aprilia’s Aleix Espargaro had it under control but KTM’s Pol beat him to it towards the end with Aleix having to settle for 13th ahead of Tech 3 KTM’s Miguel Oliveira, who was also a shining light in 14th as he not only beat his teammate but also a factory KTM.

Avintia Ducati’s Karel Abraham also surprised with 15th as he managed to beat both the Suzuki riders with Alex Rins in 16th and Joan Mir only 19th. Pramac Ducati’s Francesco Bagnaia and KTM’s Johann Zarco slots in between Rins and Mir.

The other Avintia of Tito Rabat had a tough run in 20th with Tech 3 KTM’s Hafizh Syahrin managing to not finish last with that honour going to Aprilia’s Andrea Iannone – with both having struggled all-through qualifying.

Meanwhile, in Q2,Marquez was the man to beat after dominating the free practice sessions. The reigning champion took provisional pole and improved further to claim pole with only Vinales and Dovizioso coming close to his time.

Yamaha’s Valentino Rossi had a better run to be fourth from Pramac’s Jack Miller and Petronas Yamaha SRT’s Franco Morbidelli in Row 2 with his teammate Fabio Quartararo doing a fine job in seventh from the LCR Hondas.

Cal Crutchlow was eighth with Nakagami in ninth as Ducati’s Danilo Petrucci was only 10th with Honda’s Jorge Lorenzo 11th – the duo continued to struggle – while KTM’s Espargaro rounded out the Top 12.