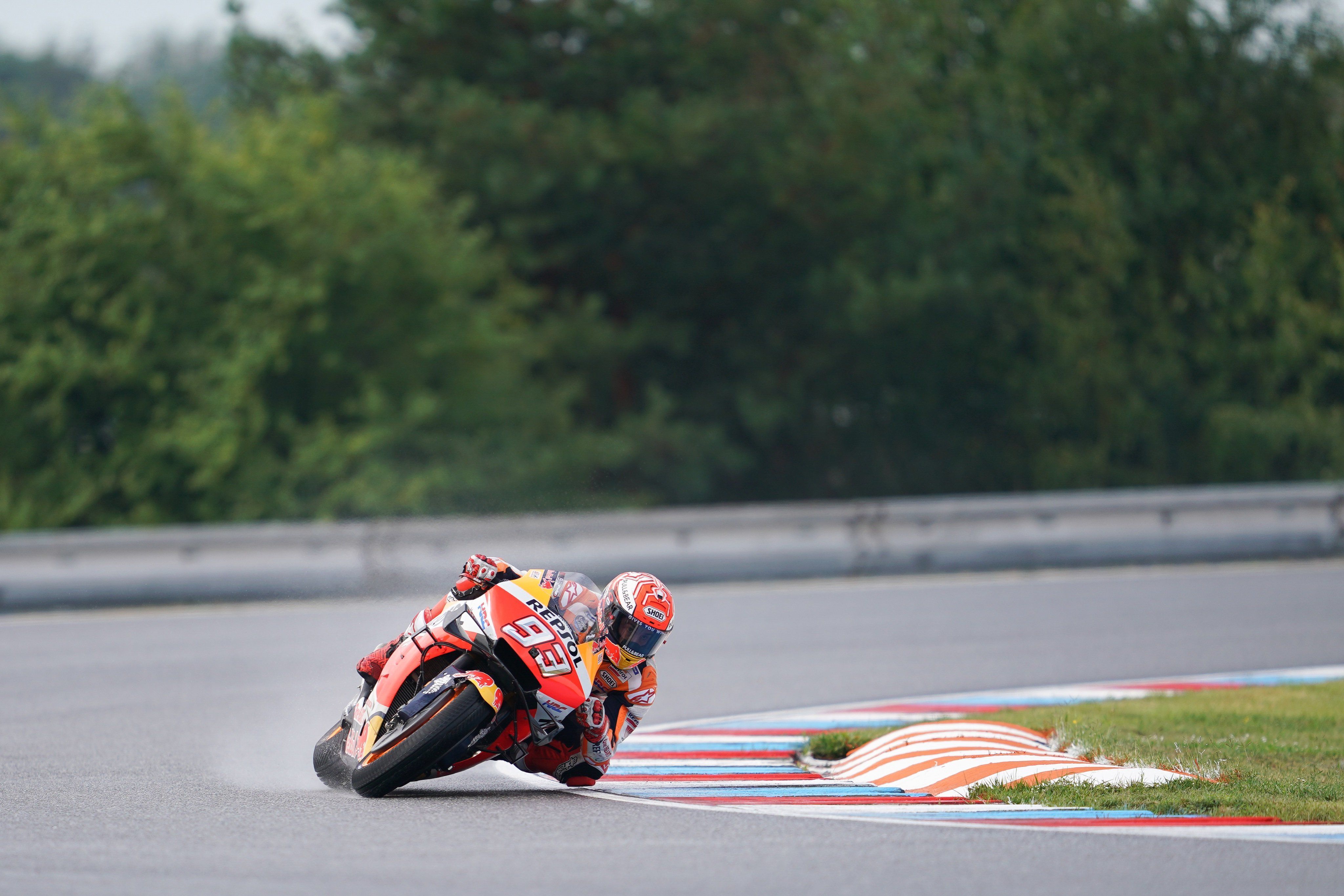 With the rain falling during the final practice session at Brno, it was a wet start to the Czech MotoGP qualifying as majority then opted for the wet tyres. It started to dry out as the session progress though with the two KTM riders leading the way at the halfway mark.

However, the Frenchman went quickest with a 2m05.033s on his last lap to beat Espargaro (2m05.053s) as both the KTM riders made it into Q2 with Nakagami missing out in 13th ahead of Bagnaia and Guintoli in the Top 15 for the Sunday’s race.

Tech 3 KTM’s Miguel Oliveira slotted in 16th with Bradl only 17th from Aprilia’s Aleix Espargaro as Suzuki’s Joan Mir was livid with himself in 19th, to be ahead of home hero Avintia Ducati’s Karel Abraham, who beat his teammate Tito Rabat.

The Spaniard, in fact, was only 22nd behind Tech 3 KTM’s Hafizh Syahrin as Aprilia’s Andrea Iannone had a wretched outing to be 23rd and last.

The second MotoGP session had riders going for the wet tyres for their first run as Zarco headed Espargaro and Pramac Ducati’s Jack Miller. It was feisty out there, especially between Honda’s Marc Marquez and Suzuki’s Alex Rins on their in-lap.

The two touched on track and continued to remain with other on the whole lap, inside the pitlane too. With the conditions improving and a rain threat also looming, some of the riders took the gamble to use the slick tyres for their crucial second run.

Marquez led the way and took provisional pole as Miller improved to second with Zarco dropping to third from Ducati’s Andrea Dovizioso. The order remained the same as Marquez improved further to a 2m02.753s despite rain to secure Czech MotoGP pole.

The Spaniard tied with Mick Doohan to 58 premier class poles. Behind, Miller was on-course to improve on his final lap but a crash in the final corner ruined his chances with Zarco keeping third to register his and KTM’s best qualifying result of the 2019 MotoGP season.

Dovizioso pitted early like many others to be fourth with Espargaro in fifth ahead of Rins, as Yamaha’s Valentino Rossi improved on his final lap to seventh from Ducati’s Danilo Petrucci and the second Yamaha of Maverick Vinales.