Home Motorcycling MotoGP MotoGP: Marquez has British GP pole from Rossi and Miller in a... 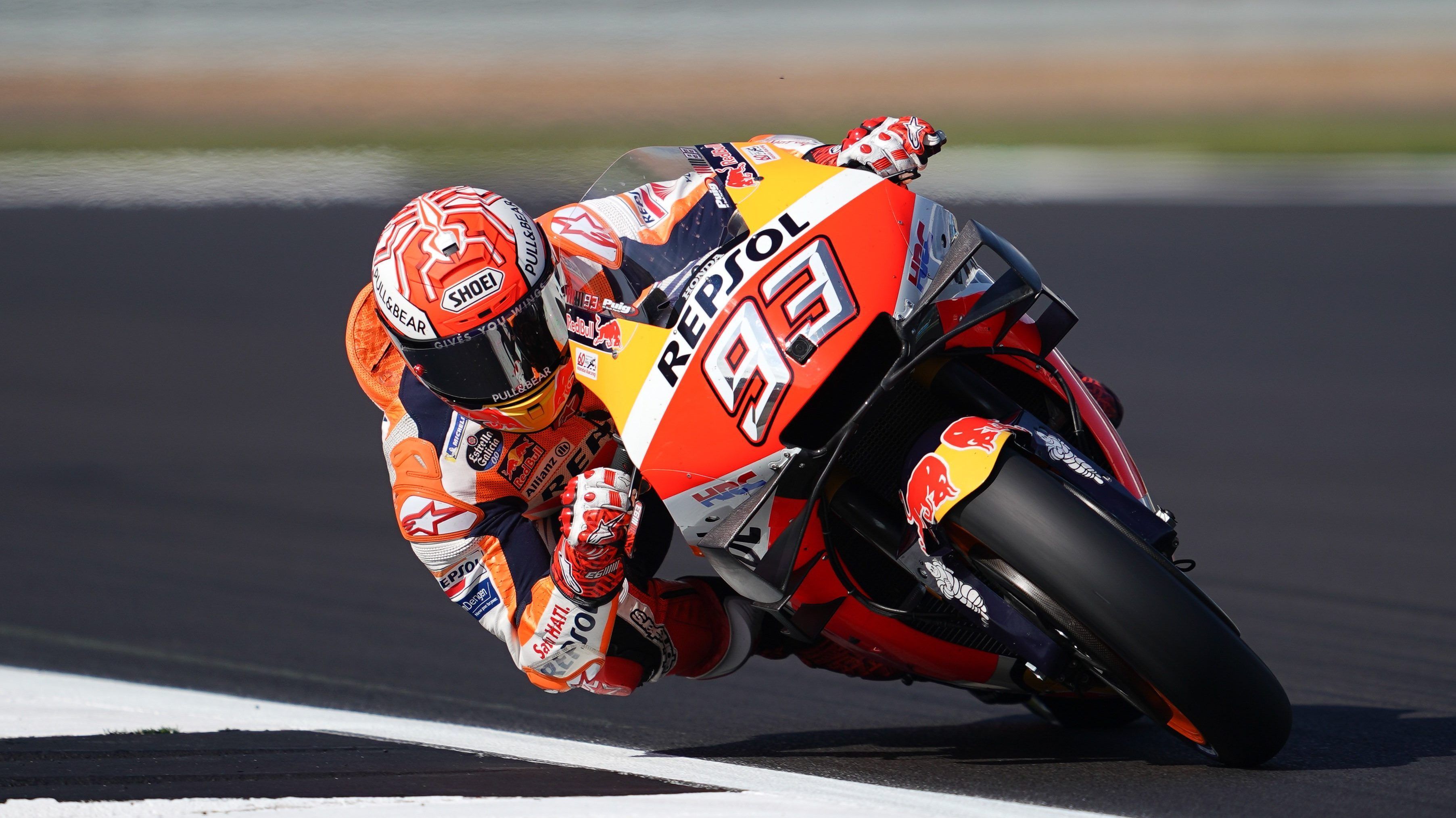 Honda’s Marc Marquez made it four MotoGP pole in a row in British GP ahead of Yamaha’s Valentino Rossi and Pramac Ducati’s Jack Miller.

The first part of the MotoGP qualifying of British GP at Silverstone had Ducati’s Andrea Dovizioso and Suzuki’s Alex Rins heading the way as expected with the two making it easily inside Q2 after practice issues.

They beat the two factory KTM of Pol Espargaro and Johann Zarco, with the two to start from 13th and 14th respectively. They were followed by Tech 3 KTM’s Miguel Oliveira in 15th from Avintia Ducati’s Tito Rabat.

This is Rabat’s first run at the circuit since the horrific incident in 2018. Aprilia’s Andrea Iannone slotted in 17th with Pramac Ducati’s Francesco Bagnaia in 18th ahead of Suzuki’s Sylvain Guintoli.

The back of the grid had Tech 3 KTM’s Hafizh Syahrin in 20th with the returning Honda’s Jorge Lorenzo taking it slow in 21st and Avintia Ducati’s Karel Abraham in 22nd.

The second part in the British GP MotoGP qualifying had Petronas Yamaha SRT’s Fabio Quartararo set the pace from Honda’s Marc Marquez and Pramac Ducati’s Jack Miller in the Top 3.

Yamaha’s Valentino Rossi had a good first lap but it was deleted due to track limits which dropped him to 11th. The second run had dramas with Rossi and Marquez playing a cat and mouse game for slipstream.

It destroyed their first chance as Ducati’s Dovizioso moved up to third with LCR Honda’s Cal Crutchlow crashing out. For Quartararo, they were forced to change bikes in between but he made out on track on time.

He remained on top but Rossi went quickest for a brief moment until Marquez, who clocked a 1m58.168s to secure British GP pole, his eighth MotoGP pole of 2019 and fourth consecutive.

Rossi had to settle for second with Miller doing a superb job in third, dropping Quartararo to fourth, with Suzuki’s Rins in fifth ahead of Yamaha’s Maverick Vinales and Ducati’s Dovizioso.