Honda’s Marc Marquez had to fend off the fight from the two Ducati riders Andrea Dovizioso and Jorge Lorenzo during MotoGP’s Austrian GP qualifying at Red Bull Ring to claim pole for Sunday’s race.

It was heartbreak for Valentino Rossi’s fans at Red Bull Ring with the Italian failing to make it into Q2 for the first time since Catalunya in 2017 where he was 13th. The Yamaha rider struggled all-through the weekend and will hope for a better outing on Sunday.

The Italian was in a battle for a place in the Q2 against Angel Nieto Ducati’s Alvaro Bautista, Suzuki’s Alex Rins and KTM’s Bradley Smith. Rossi slotted in second after his first run behind Bautista.

However, both of them were knocked out of the Top 2 after improvements from Rins and Smith. Bautista then clocked a 1m24.195s to top the session with Rins demoted to second with a 1m24.230s.

This pushed Smith (1m24.245s) to third and 13th overall in the lone KTM at its home circuit. Rossi eventually finished 14th after he was stuck behind Marc VDS Honda’s Franco Morbidelli on his last flying lap.

The battle for pole intensified between Marquez on the Honda and the two Ducati riders. Lorenzo set the pace initially but was quickly taken by Marquez who stayed on top until Lorenzo beat him on his second run.

But Marquez came back to go up by 0.020s and improved further by 0.134s on Lorenzo to take provisional pole. Dovizioso (1m23.243s) also got in the mix but could only manage second to Marquez by just the 0.002s on his final attempt.

In the end, Marquez’s 1m23.241s was enough to give him pole on the circuit where Ducati showed good pace in the practice sessions. The Spaniard will have the two Ducati riders alongside him with Dovizioso second and Lorenzo (1m23.376s) third.

The nightmare qualifying for Yamaha was evident with Maverick Vinales (1m24.284s) only 11th after Rossi failed to make it into Q2 to be 14th. While Rins showed better pace in Q2, Bautista (1m24.342s) couldn’t excel to be 12th. 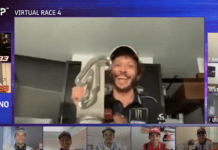 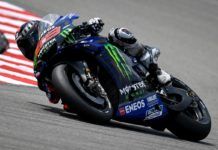 MotoGP confirms no wildcard runs in 2020, updates on concession rule 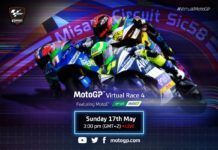