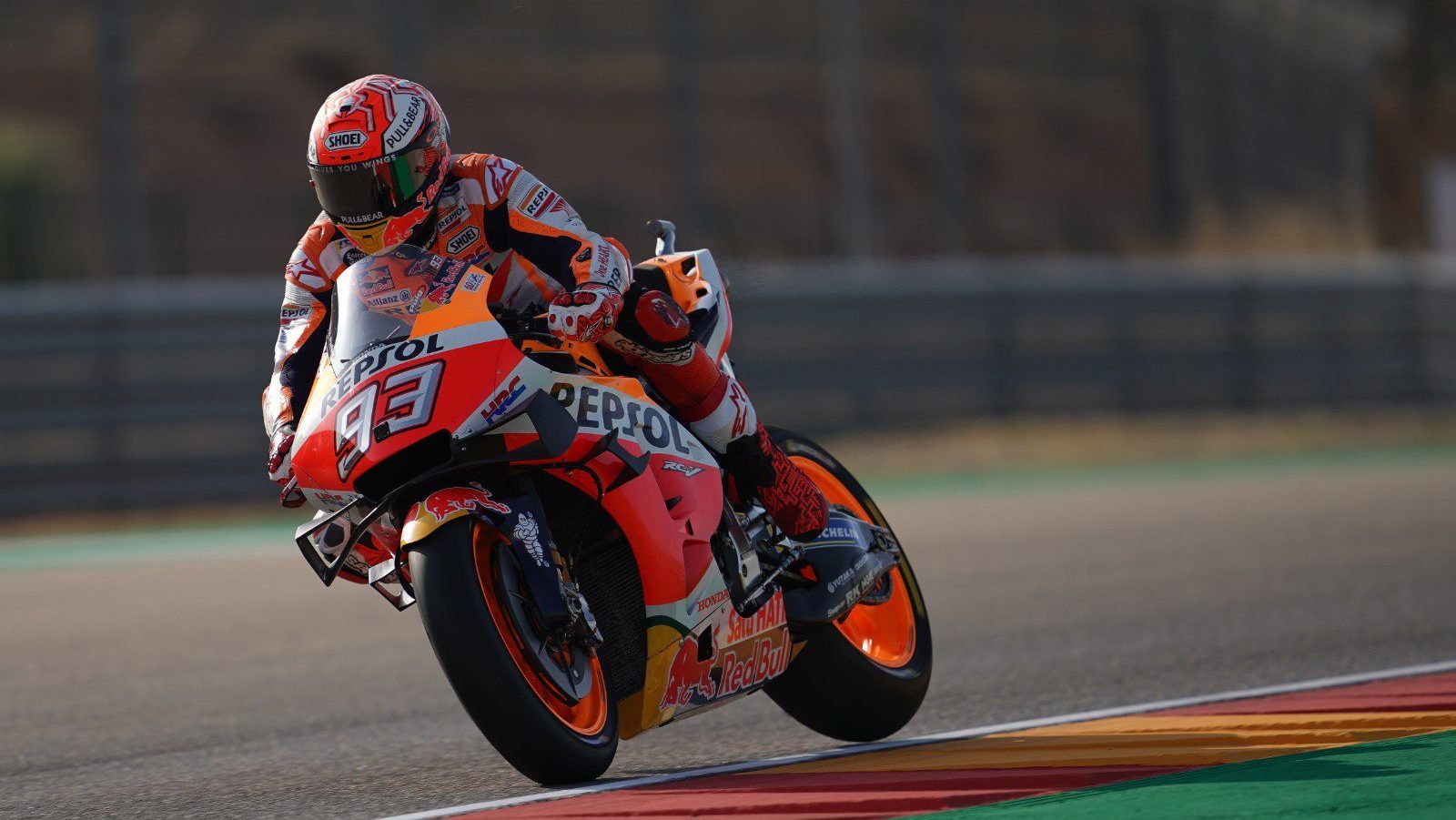 The first part of Aragon MotoGP qualifying had Petronas Yamaha SRT’s Franco Morbidelli heading the standings with Aprilia’s Andrea Iannone in second after their first runs, for a place in Q2.

Suzuki’s Alex Rins went quickest then by 0.093s but Morbidelli fought back to top the session with a 1m48.292s to make it into Q2 along with Aprilia’s Iannone as the Italian improved to 0.038s off Morbidelli.

A late push from Rins wasn’t enough as the Suzuki rider was only 13th with LCR Honda’s Takaaki in 14th ahead of Ducati’s Danilo Petrucci and Pramac Ducati’s Francesco Bagnaia, within half a second of the leader.

The pole fight had Honda’s Marc Marquez ahead of Petronas Yamaha SRT’s Fabio Quartararo and Pramac Ducati’s Jack Miller after the first run. Improved run from other riders was not enough in the end.

Marquez secured another MotoGP pole in Aragon GP with a 1m47.009s lap as a late lap from Quartararo helped him to finish second, pushing Yamaha’s Maverick Vinales to third then.

Miller was fourth with Aprilia’s Aleix Esparagro doing a stellar job in fifth and within a second of Marquez, with Yamaha’a Valentino Rossi sixth from LCR Honda’s Cal Crutchlow.

Petronas Yamaha SRT’s Morbidelli ended up eighth with Suzuki’s Joan Mir ninth, while Ducati’s Andrea Dovizioso was only 10th from Aprilia’s Iannone. A wrist injury ruled out KTM’s Pol Espargaro from the weekend.