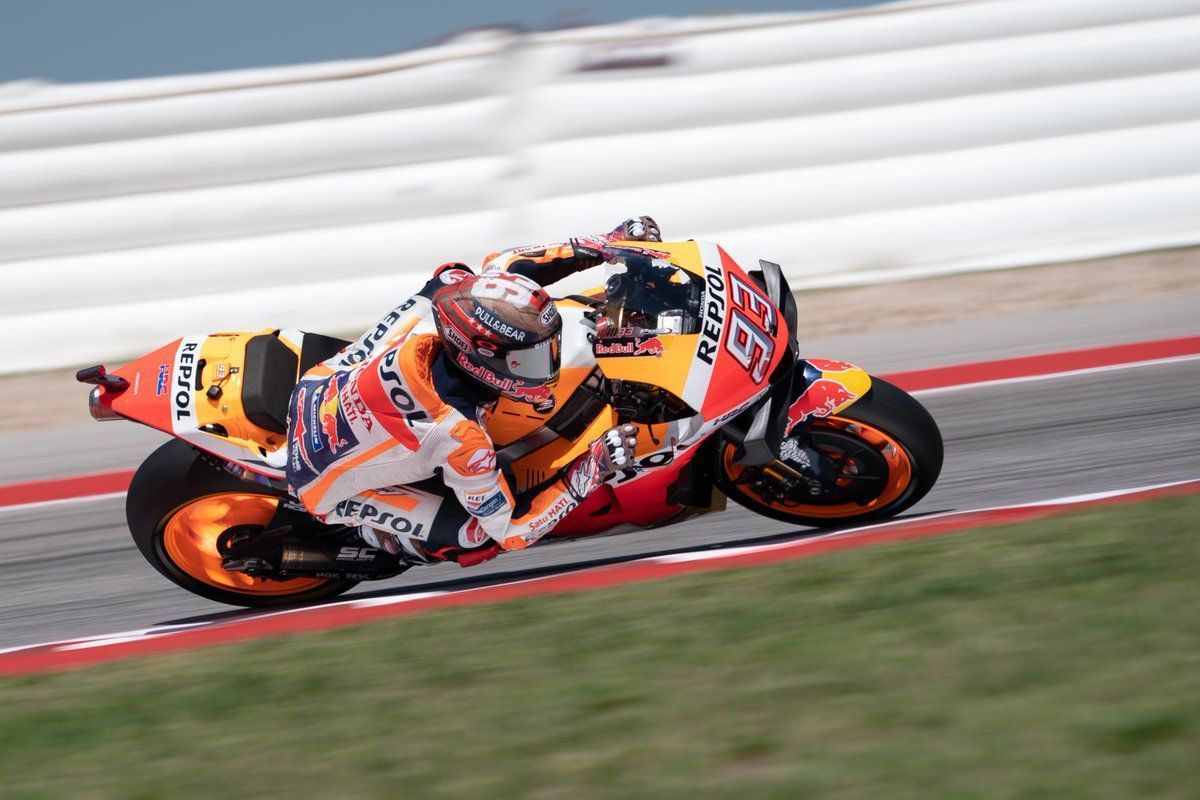 It ended up being an easy work for Honda’s Marc Marquez as he took Americas GP MotoGP pole from Yamaha’s Valentino Rossi and LCR Honda’s Cal Crutchlow.

By the time MotoGP riders hit the Circuit of the Americas in Americas GP, it was bone dry with the weather absolute sunny unlike how it started in morning with FP3 being cancelled. The first part of qualifying was underway on time after the FP4 session.

It was a tasty session though with both the Ducati riders having to go through Q1 along with Honda’s Jorge Lorenzo. It was Ducati’s Andrea Dovizioso on top spot provisionally but Lorenzo managed to displace him with a 2m05.855s.

The Italian improved on his time on his last flying lap but couldn’t go through Q2 with his own teammate Danilo Petrucci knocking him out with a 2m05.891s to Dovizioso’s 2m05.907s, with the latter to start from 13th.

The second session had Honda’s Marc Marquez on provisional pole with a 2m03.787s ahead of Yamaha’s Valentino Rossi and Pramac Ducati’s Jack Miller. His teammate though did not have a great start with Francesco Bagnaia crashing in Turn 11.

Meanwhile, a little later on it was almost going to be a disaster for Lorenzo when his Honda let go on the main straight. The Spaniard left his bike at the pit entry and ran into the garage to jump on the second bike for his final run.

The final runs saw no improvement from Marquez as he took Americas MotoGP GP pole despite late improvement from Rossi (2m04.060s), who finished second while multiple riders fought for the final position on the front row.

Miller was first demoted by Suzuki’s Alex Rins but the Australian got the position again. However, LCR Honda’s Cal Crutchlow (2m04.147s) went quicker to take third eventually with Miller (2m04.416s) in fourth as Rins dropped further by two places.