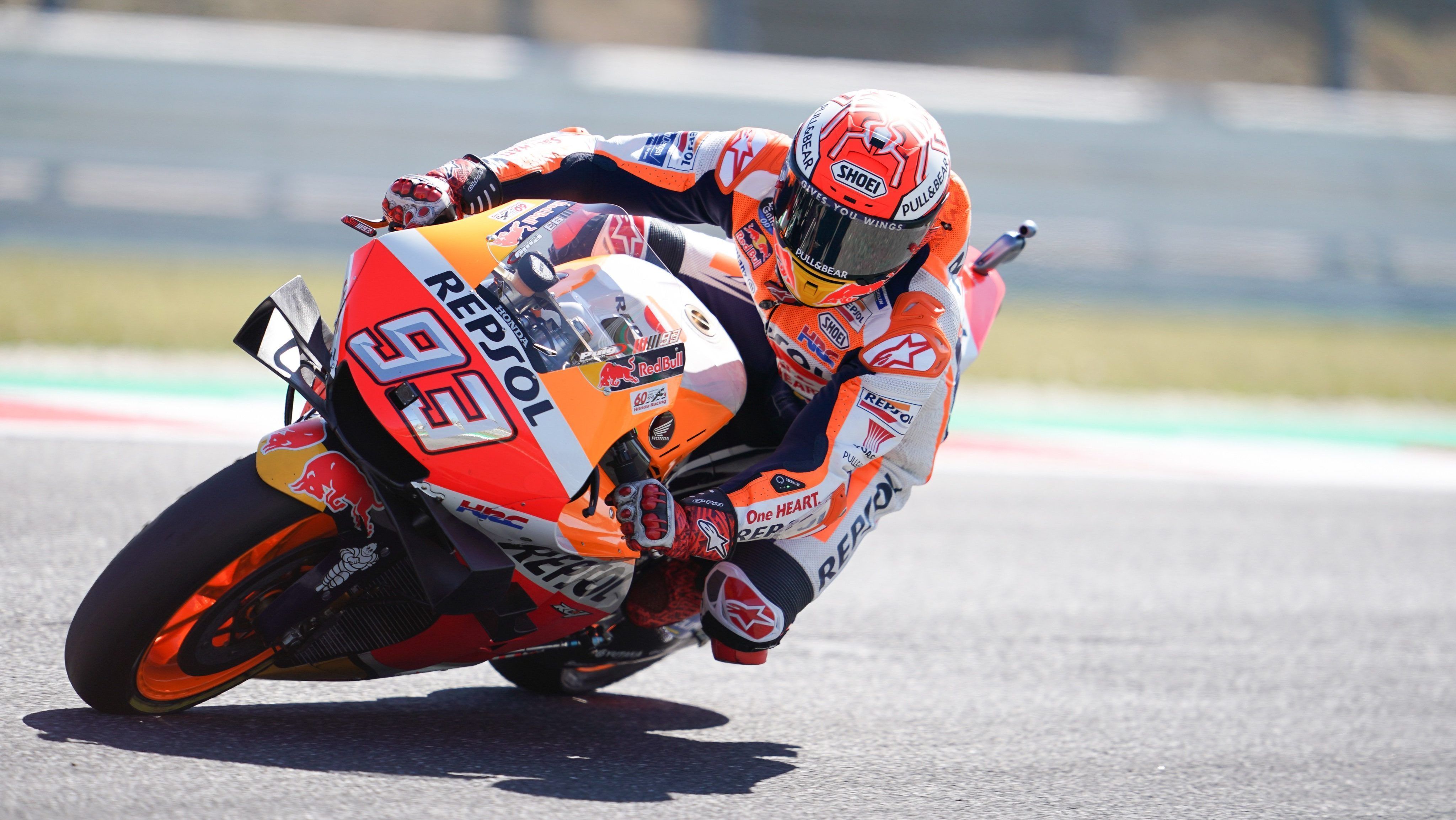 It was clean start by the MotoGP riders in San Marino GP as pole-sitter Yamaha’s Maverick Vinales led the way from Petronas Yamaha SRT riders Fabio Quartararo and Franco Morbidelli in the Top 3.

At the front, Vinales started to lose pace as he lost his lead as well as second place with Quartararo and Marquez going through after the latter cleared Morbidelli. It soon became a two-way fight for the race win.

It was for Quartararo to defend from Marquez as Vinales ran third with Yamaha teammate Rossi moving up to fourth after clearing Espargaro and Morbidelli. He was helped by an off for Rins, who crashed out later on.

Morbidelli hung on to fifth with Dovizioso in sixth as Espargaro dropped back to seventh ahead of Mir, Miller and Petrucci in the Top 10. There were multiple crashes from the points position helping other riders in.

Along with Rins, riders like Nakagami, Bagnaia, Crutchlow and Pirro were out too along with Tech 3 KTM’s Miguel Oliveira. As the race progressed, the fight at the front intensified with Marquez hot on the heels of Quartararo.

The Frenchman held off the Spaniard for long until the final lap when Marquez sneaked past on the main straight. The Petronas Yamaha rider fought back and got ahead but Marquez got back in front.

It was close towards the end but Marquez held on to win the San Marino GP at Misano to register his seventh win of the 2019 MotoGP season and extend his points lead as Quartararo had to settle for second by 0.903s.

He led a Yamaha 2-3-4-5 with Vinales in third from Rossi and Morbidelli as Dovizioso finished sixth ahead of Espargaro, Mir, Miller and Petrucci in the Top 10. The Italian had to fend off late charge from KTM’s Johann Zarco.

The Frenchman climbed up well to be 11th with Aprilia’s Aleix Espargaro in 12th fending off Avintia Ducati’s Tito Rabat as Honda’s Jorge Lorenzo and Tech 3 KTM’s Hafizh Syahrin rounded out the Top 15.

Despite his fall, Oliveira carried on to finish 16th from Avintia Ducati’s Karel Abraham and Nakagami, who also continued on and finished a lap down on the leaders.