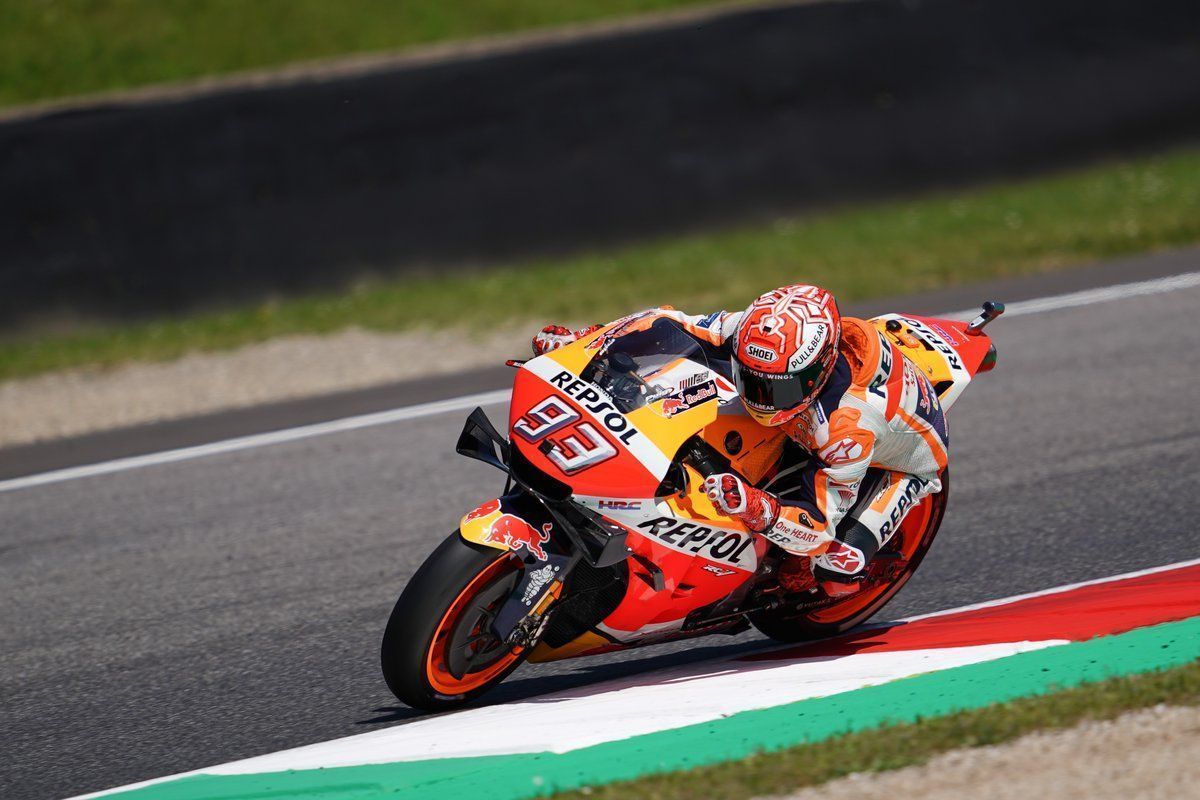 It was close for Dovizioso but the Italian made it through to Q2 after a the quickest lap of 1m46.278s as he pushed Rins out with Pirro (1m46.283s) making it through as well in second. For Rins and Rossi as well, it was disaster in the making.

The two missed their final lap as they got their out lap calculation wrong which meant they arrived to start their final lap with the chequered flag already having been raised. While Rins (1m46.539s) will start from 13th, Rossi (1m47.184s) is only 18th at his home event.

The second part of qualifying had Honda’s Marc Marquez set the pace early on but not for long as Petronas Yamaha SRT’s Fabio Quartararo thwarted his rival but two quick laps and take provisional MotoGP pole with a new outright lap record at 1m45.845s.

Marquez dropped to third as a result with Yamaha’s Maverick Vinales slotting in second. A bit of moment early in the session between Marquez and Dovizioso meant the latter could only manage 12th in his first attempt with Pirro in seventh.

It was close in the end in the fight for the pole but Marquez took it away with the help of a slipstream from Dovizioso to set a 1m45.519s to not only set a new lap record but also score pole in Italian GP at Mugello – his fourth MotoGP pole of 2019.

The Spaniard managed to beat Quartararo, who improved on his time to set a 1m47.733s but fell short to Marquez. Ducati had something to cheer in the end with Petrucci in third after a 1m45.881s to seal a front row start.