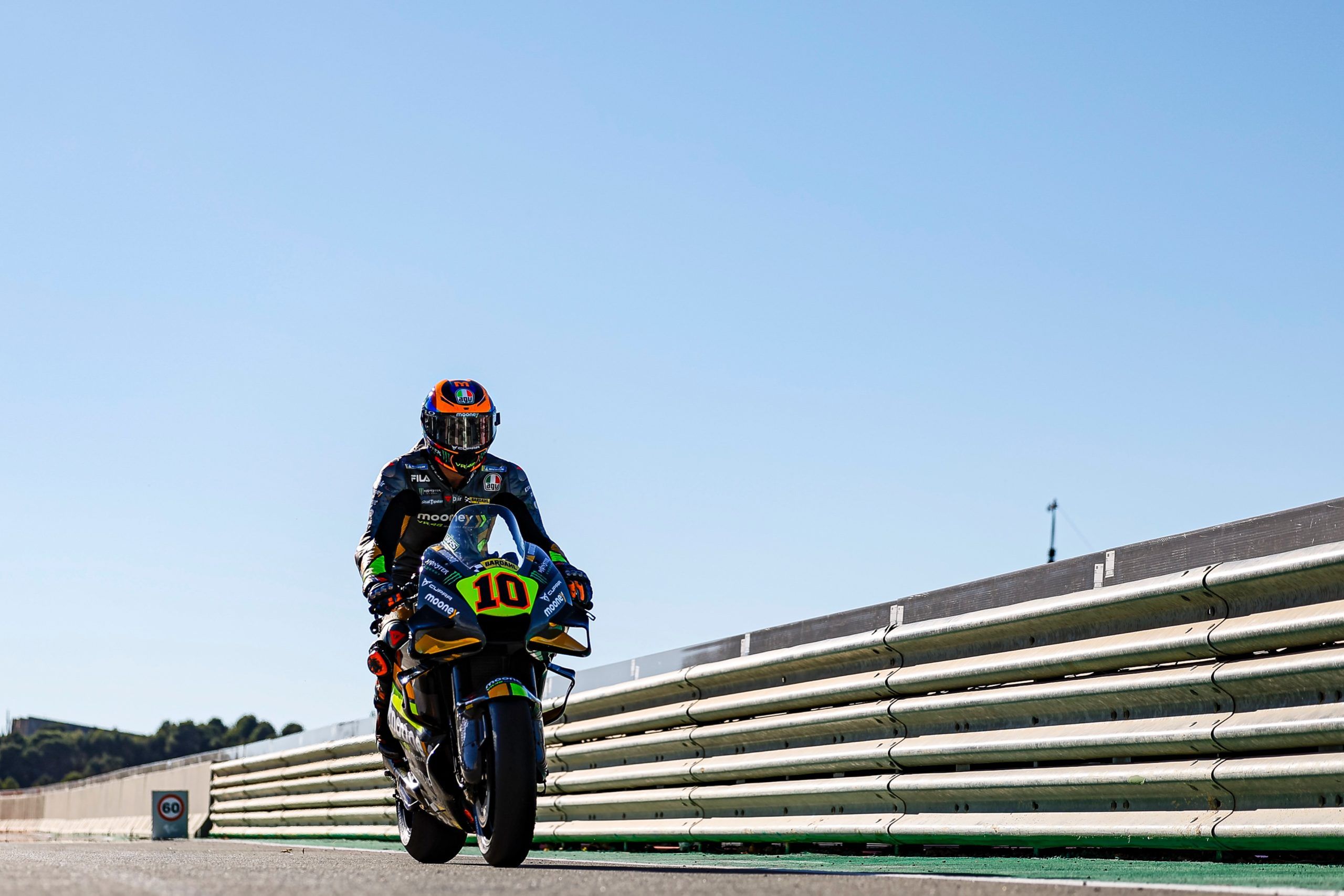 Luca Marini was fastest in Valencia Test from Maverick Vinales and Marco Bezzecchi as riders get first taste of 2023 MotoGP machines.

The Valencia MotoGP Official Test is done and dusted, as teams and riders worked rigorously to get their 2023 campaigns up and running. As it has been for much of the season, it’s a Ducati at the top of the timesheets thanks to Luca Marini’s (Mooney VR46 Racing Team) 1:30.032. There was a VR46 double act too, with Marco Bezzecchi finishing the day third, with Maverick Viñales (Aprilia Racing) sandwiched between the two and 0.225s off P1 on what was a positive Test for the Italian manufacturers.

Lap times weren’t the main order of the day though, with a number of riders settling into new surroundings, while some established names within teams had plenty of toys to play with as they work on their 2023 spec machines. Looking at the timesheet toppers first and, as they usually do during Tests, Ducati drew plenty of intrigue. While Marini and Bezzecchi produced quick lap times on their GP22s, as did sixth-placed Fabio Di Giannantonio (Gresini Racing MotoGP), eyes were drawn to the factory outfit as World Champion Francesco Bagnaia and his new teammate Enea Bastianini set about planning their title campaigns.

For Pecco, he finished outside the top 10 but did get some testing done, trying out a new front fairing and wings, while his Desmosedici also donned Aprilia-style side fairings. Bastianini, who took a tumble in the afternoon, finished the day in P10 and also got to try the side fairings, as did Prima Pramac duo Jorge Martin and Johann Zarco. There was also a Ducati debut for Alex Marquez, and the new Gresini rider placed P15.

Over at Aprilia, and it proved a fruitful Test for the Noale factory. They had three riders inside the top five. Viñales was the best of the bunch in second while Miguel Oliveira’s time on the RS-GP got off to a flyer, the RNF man ends the Test fourth on the timesheets, one ahead of Aleix Espargaro (Aprilia Racing). They also welcomed Raul Fernandez into the fold at RNF, with the Spaniard riding the 2022 factory bike for the first time.

P7 went the way of Valencia GP podium finisher Brad Binder (Red Bull KTM Factory Racing). The South African was riding on a new chassis that helped deliver him that P2 result at the weekend, while he also tried out a new tail unit and exhausts. There were also plenty of incomings at the Austrian manufacturer, with Jack Miller teaming up with Binder on the factory team, while Augusto Fernandez, the only rookie of the class, and Pol Espargaro join up with the Tech3 GASGAS Factory Racing venture. Having endured a tough two years at Honda, Espargaro couldn’t contain his joy at being back aboard the RC16 after completing his first runs of the day.

Yamaha were hard at work too as they plot their route back to the summit of MotoGP, and nobody completed more laps than the recently deposed Fabio Quartararo. The Frenchman did 92 laps, testing out a new chassis, two new aero packages, large rear wings and the 2023 engine with his best time seeing him finish the Test P9.

Conspicuous in their absence from the top 10 are Honda. Of their four riders, Marc Marquez (Repsol Honda Team) was the best placed in 12th, and initial murmurs from the HRC camp are ones of discontent. The eight-time World Champion tested different chassis, exhausts, intakes a seat, a tail unit and a carbon clutch, but none of it has left him particularly impressed. On a positive note for the Japanese manufacturer, they handed RC213V debuts to ex-Suzuki pair Joan Mir (Repsol Honda Team) and Alex Rins (LCR Honda Castrol) and they immediately got to work, testing the chassis, intakes, exhausts, tail unit, Kalex swingarm between them.