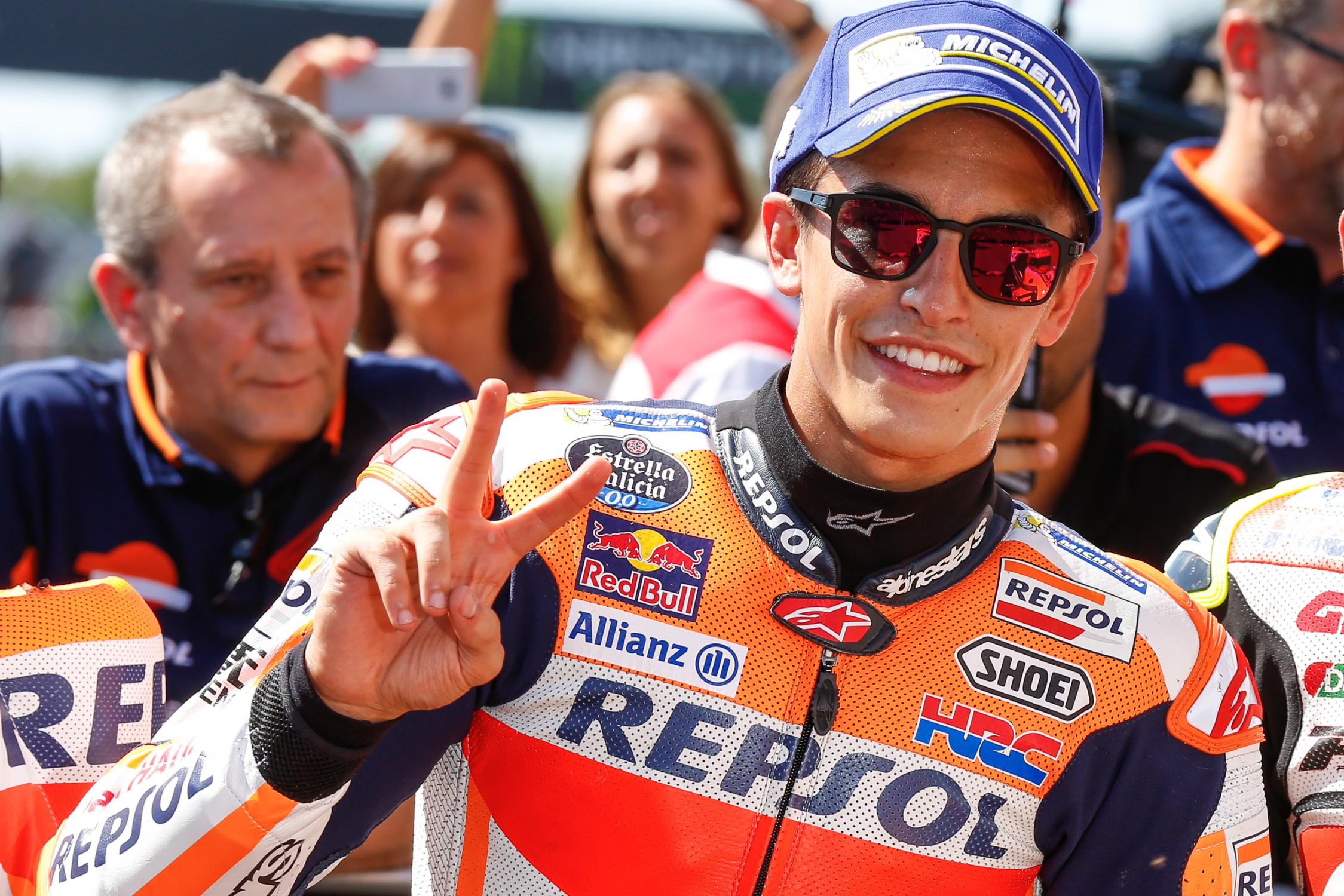 In this afternoon’s sessions, starting with Q1, we saw drivers of the likes of Alex Rins, Alvaro Bautista, Jonas Folger and Danilo Petrucci fight for the two last spots to get through to Q2. In the end Petrucci and Bautista saw their efforts rewarded, with Rins and Folger stranding just behind them.

Q2 saw Honda motorbikes having the advantage, especially in sector 2. Pedrosa managed a great lap on the first run followed by Marquez and Carl Crutchlow. Jorge Lorenzo (Ducati) saw his first time run being cancelled due to not respecting the track limits at turn 1. The Spaniard went back out and managed a not too shabby lap to take 6th position on the grid, right behind Crutchlow and teammate Andrea Dovizioso.

Maverick Viñales disappoints again, as he doesn’t seem to find his form from the start of the season again, with a 7th position. At the front Pedrosa managed to keep his third position by improving his lap time on the last lap, while Valentino Rossi surprised everyone with a beautiful lap just 0.092 seconds off today’s pole sitter Marc Marquez.

With tomorrow’s weather prediction being more towards a Grand Prix under wet conditions, we expect to be seeing an exciting race.