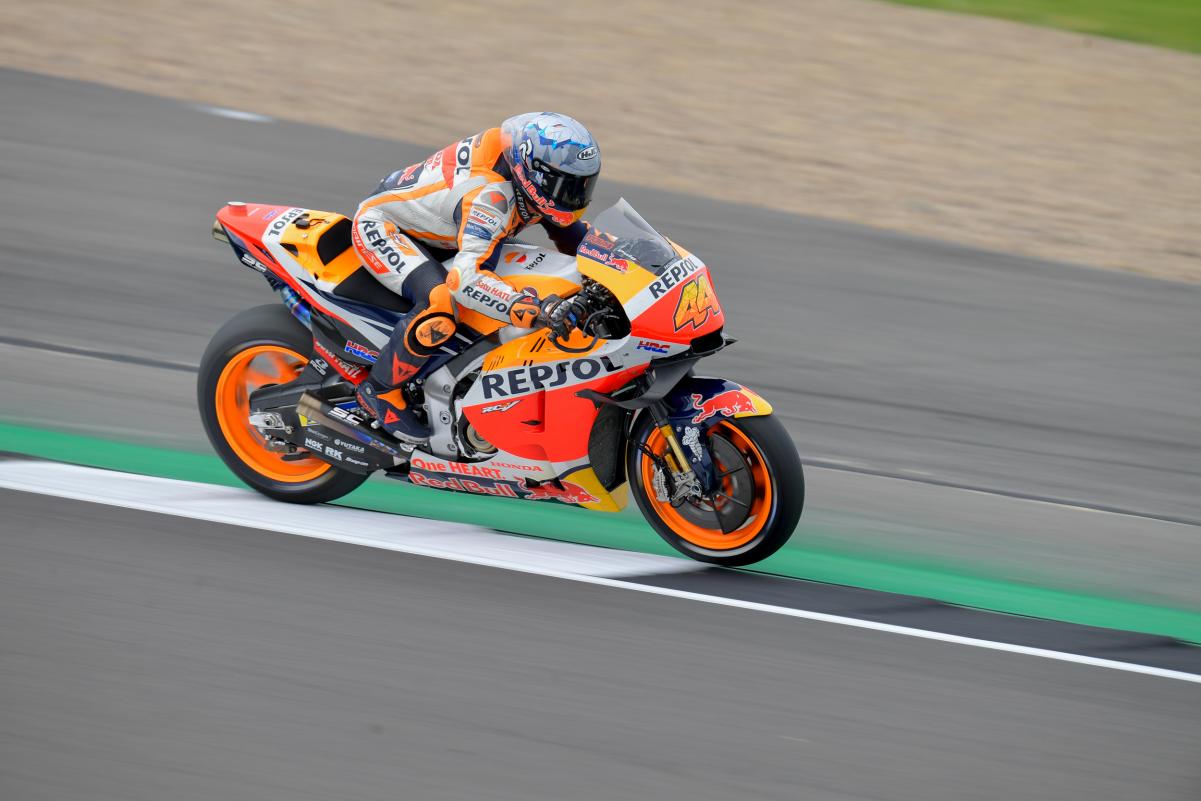 The first part in MotoGP British GP saw Avintia Ducati’s Enea Bastianini set the pace initially with a 1m59.553s from Pramac Ducati’s Johann Zarco – the two Ducati riders leading the way – with Suzuki’s Alex Rins just behind in the fight to make it into Q2.

The order changed after their final run, with a crash for Bastianini ending any chance to make it into Q2. Zarco improved to top the session with a 1m59.288s, while Rins also pipped the Italian with a 1m59.509s to make it in the Top 12.

The second part in the MotoGP British GP had Yamaha’s Fabio Quartararo lead the way initially, looking to get another pole, but Pramac Ducati’s Jorge Martin got him towards the end. However, a corner cut at Turn 8 had his lap cancelled.

Out of nowhere, Honda’s Pol Espargaro put in a 1m58.889s lap to take a shock MotoGP pole in British GP, with Ducati’s Francesco Bagnaia managing to pip Quartararo for second, with Martin ending up fourth eventually.

The other Honda of Marc Marquez was fifth, with Aprilia’s Aleix Espargaro in sixth from Ducati’s Jack Miller, Petronas SRT’s Valentino Rossi, Zarco, Suzuki pair of Rins & Joan Mir, and KTM’s Brad Binder in the Top 12.

A crazy end sees him line up ahead of all the championship big hitters! 💪#BritishGP 🇬🇧 pic.twitter.com/BcUeizJXHF