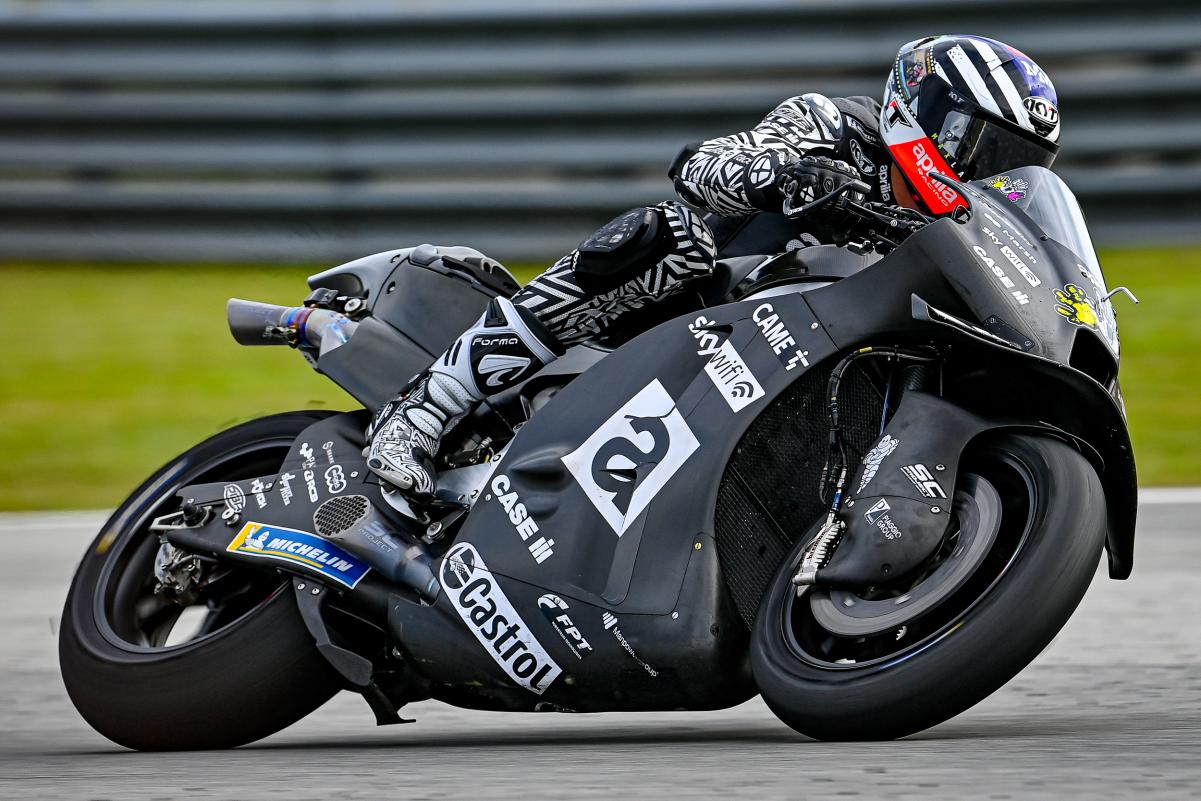 Aleix Espargaro was fastest on Day 1 of the MotoGP Sepang Test with Maverick Vinales and Alex Rins ending up second and third.

It is not a massive change to the bike but the small changes made it much comfortable. Rins, meanwhile, crashed early in the day at Turn 9 but still managed to set the third fastest time, with Gresini Racing’s Enea Bastianini fourth abode the Ducati.

He led the fellow Ducati rider Johann Zarco abode the Pramac, with lead Yamaha rider Fabio Quartararo in sixth. Apart from the new engine, the Japanese manufacturer have other new parts like front aero, knee supports and silver wheels.

The other Suzuki of Joan Mir was seventh from Honda’s Marc Marquez, who made his MotoGP return after missing the final few rounds. The Spaniard did have a fall at Turn 9, but did well to be in the Top 10, ahead of his teammate Pol Espargaro.

Honda tested new tail unit, the exhaust that runs past the tail unit plus some aero and a new engine, as the Top 10 was rounded out by VR46’s Marco Bezzecchi abode the Ducati. The Italian was the fastest MotoGP rookie on Day 1 and inside the Top 10.

Having renewed the deal with Yamaha, Cal Crutchlow slotted in 11th with LCR Honda’s Takaaki Nakagami in 12th who was spotted using a brand new chassis. Another MotoGP rookie, Raul Fernandez was 13th as he was the fastest KTM for Tech 3 Racing.

He led the factory KTM of Brad Binder who was testing the new engine. The South African had a minor crash as did his teammate Miguel Oliveira, who finished 16th behind LCR’s Alex Marquez. The Portuguese also had a crash at Turn 8.

Pramac’ Jorge Martin was 17th from VR46’s Luca Marini and factory Ducati of Francesco Bagnaia. All of the Italian manufacturer riders had new tail light to test, but overall had a lowly times. Gresini’s Fabio di Giannantonio was 20th with extra work in his list.

Having missed much of shakedown due to health issues, di Giannantonio had more work to get through. Yamaha’s Franco Morbidelli was only 21st from Ducati’s Jack Miller and the first of Team RNF rider Andrea Dovizioso in 23rd abode his Yamaha M1.

Among the three Miller’s low-key timing was a result of a mechanical issue. Tech 3’s Remy Gardner was 24th as the Australian had to fight through wrist pain during the day. RNF’s Darryn Binder was 25th from Suzuki tester Sylvain Guintoli and Aprilia’s Lorenzo Savadori. 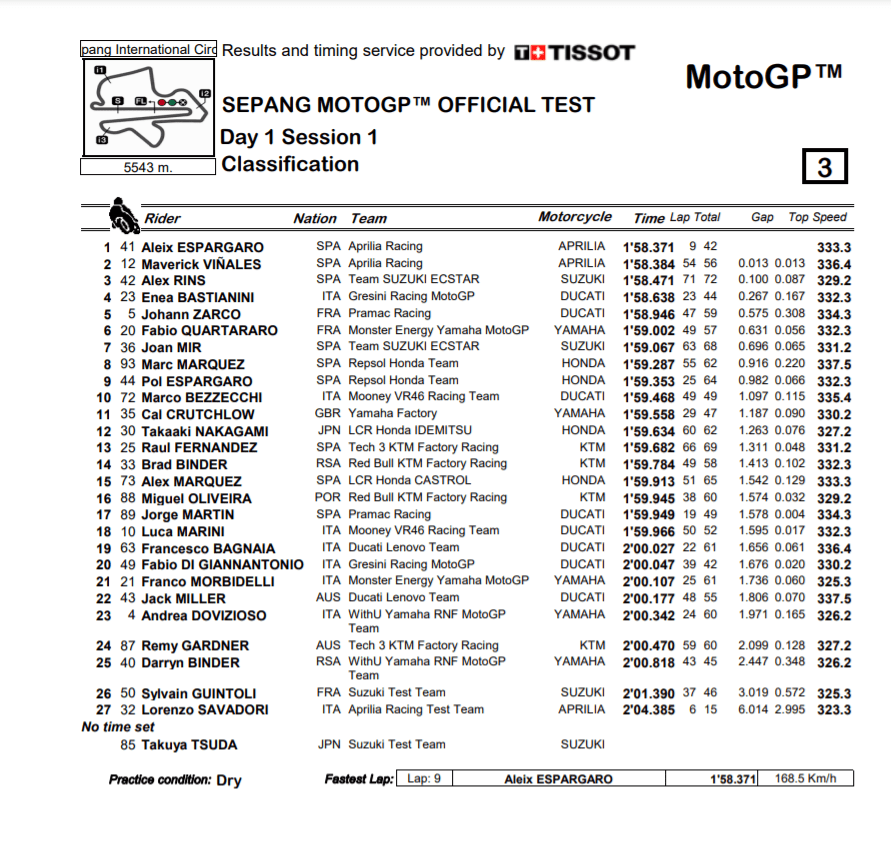