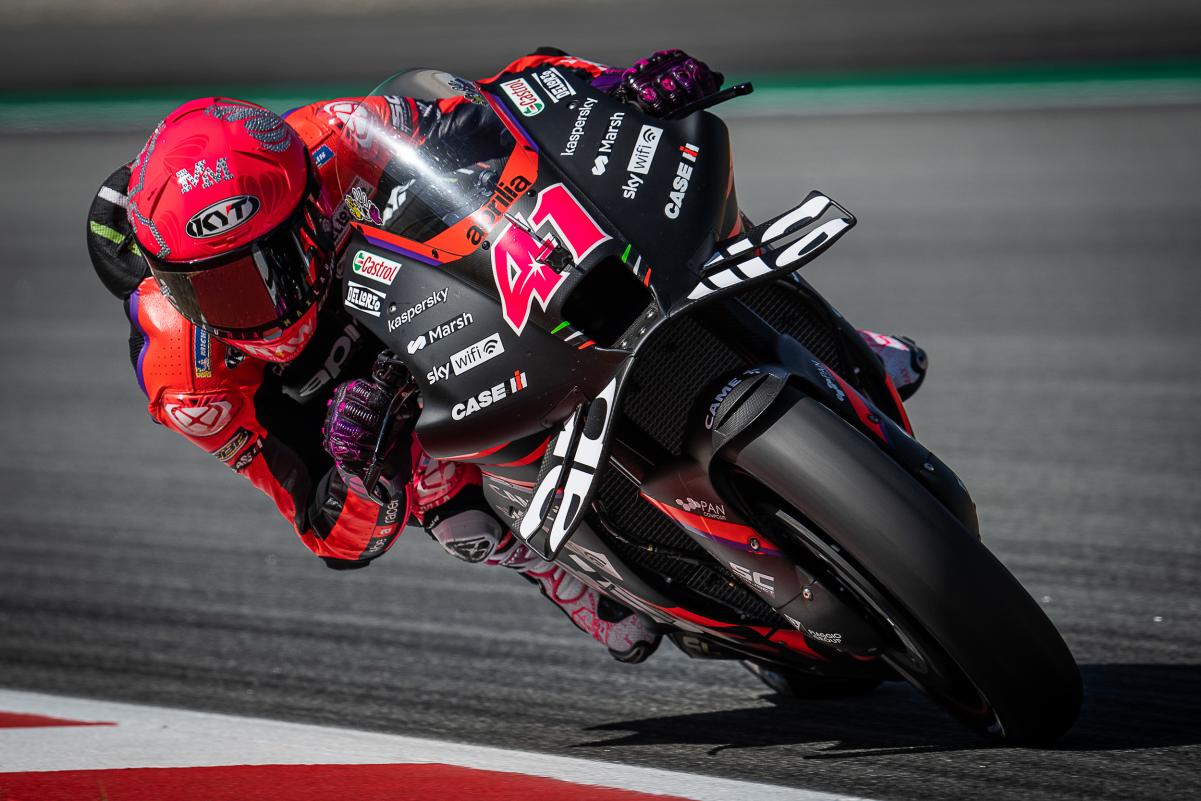 LCR Honda’s Takaaki Nakagami was close third with Gresini Ducati’s Enea Bastianini behind him, as LCR’s Alex Marquez did not run to start the session after his crash in FP4. The second run saw multiple changes at the top with riders taking shot at the top.

In the end, Vinales’ time of 1m39.216s was enough to send him into Q2 as a late lap from LCR’s Nakagami of 1m39.223s put him in Q2 where he pushed Bezzecchi to third with the Italian to start Catalan MotoGP race from 13th ahead of Bastianini.

Honda’s Stefan Bradl slotted in 21st from Ducati wildcard Michele Pirro, as RNF’s Darryn Binder was 23rd and Tech 3’s Raul Fernandez 24th, with Marquez eventually not taking part in the Catalan MotoGP qualifying due to his earlier crash.

The second part in MotoGP Catalan GP qualifying saw a close fight after the first few laps from the leaders with Yamaha’s Fabio Quartararo leading Ducati’s Francesco Bagnaia by only 0.010s as Aprilia’s Aleix Espargaro put himself in the mix in the Top 3.

Pramac Ducati’s Jorge Martin was just behind in the second row with Suzuki’s Alex Rins doing well in the Top 5. The final run was close again among the Top 3 as Espargaro put in a 1m38.742s lap to break his own record to take MotoGP pole in Catalan GP.

He only set that lap earlier in FP3 and bettered it in qualifying when it mattered, with Bagnaia falling short by 0.031s in second while Quartararo was third from Pramac’s Johann Zarco and Gresini’s Fabio di Giannantonio, who had another good qualifying.

He separated the two Pramac riders with Martin in sixth from Suzuki’s Rins, Aprilia’s Vinales as VR46’s Luca Marini was ninth from Honda’s Pol Espargaro, Ducati’s Jack Miller and LCR’s Nakagami to round out the Top 12 runners.