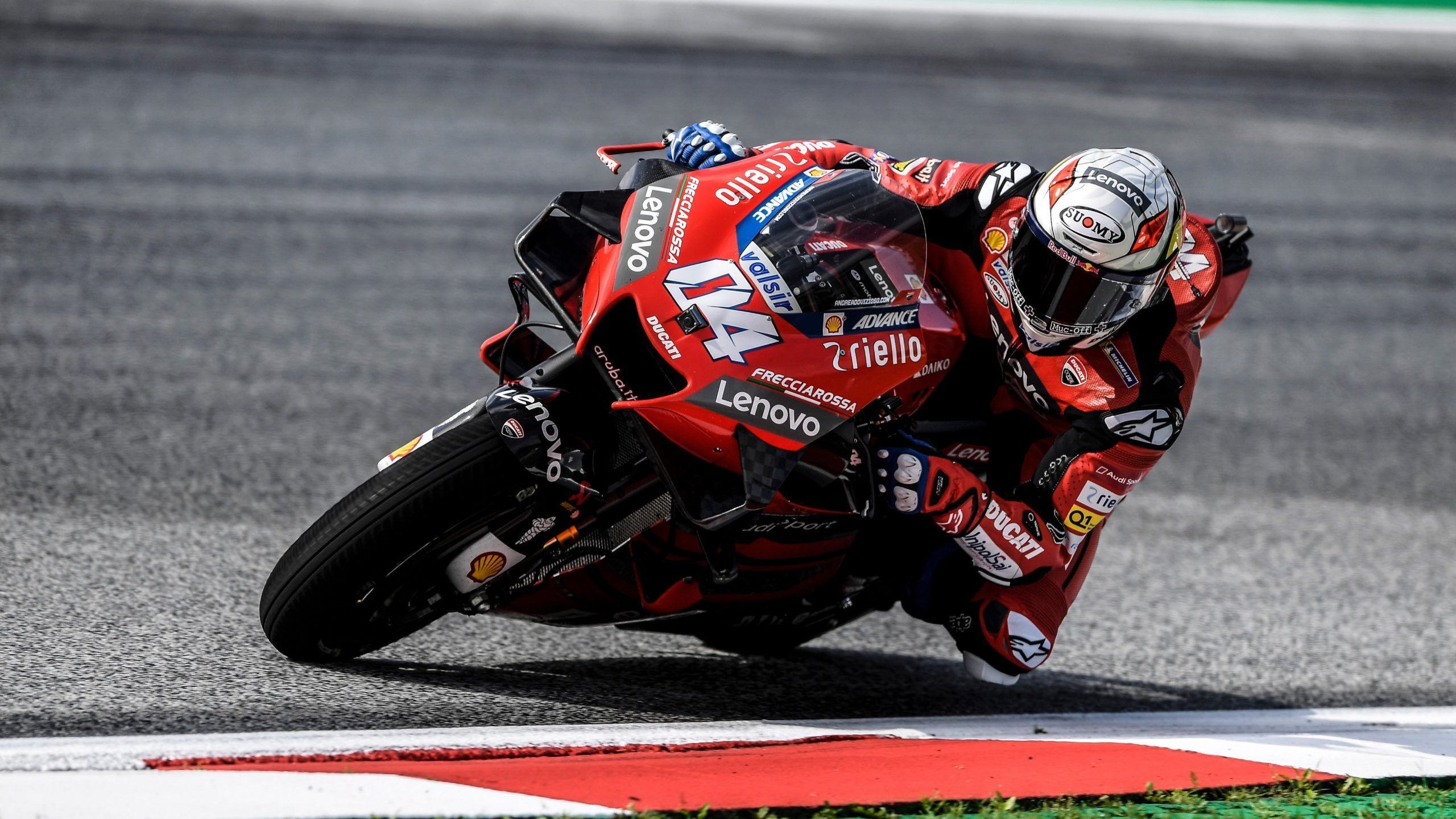 Pole-sitter Yamaha’s Maverick Vinales did not have a great start in MotoGP Austrian GP at Red Bull Ring as he dropped to fifth with Pramac Ducati’s Jack Miller leading from Ducati’s Andrea Dovizioso, KTM’s Pol Espargaro and Suzuki’s Joan Mir.

Petronas SRT Yamaha’s Franco Morbidelli also gained on his teammate Fabio Quartararo to be seventh behind Suzuki’s Alex Rins. The Frenchman had an off to drop back into the clutches of Yamaha’s Valentino Rossi and Tech 3 KTM’s Miguel Oliveira in Top 10.

The order in the mid-pack changed after a wide moment for Rins, who dropped to outside the Top 10. Quartararo, meanwhile, passed Morbidelli to be sixth, with the Italian rider dropping behind mentor Rossi, who had Oliveira on his tail.

The Portuguese rider was on the move as he passed both Morbidelli and Rossi quickly to get on the tail of Quartararo and Vinales. The two future Yamaha teammates were squabbling for places which allowed Oliveira to sneak past and take fifth.

Quartararo went off on the next lap to drop back to last as Espargaro cleared both Dovizioso and Miller to take the lead of the MotoGP Austrian GP. He fought hard with the Ducati rider for second before getting past the Australian seamlessly.

Dovizioso passed Miller for second as Mir stationed in fourth from Oliveira with Vinales in sixth and Rossi seventh. The fight for eighth was on between Zarco and Morbidelli when they crashed going into Turn 3 which red-flagged the MotoGP race.

Morbidelli hit the back of Zarco as both their bikes flew onto the gravel with the former’s bike just passing through Rossi and the latter’s bike – slowed by the air fence – passing through Vinales. Both just managed to evade any hit by a stroke of luck.

While Zarco managed to get back on his feets, Morbidelli was first taken on the stretcher but he got onto the medical car on his feet as the whole MotoGP field were shaken. The race re-started with 20 laps to run as Esparpagro led from Dovizioso.

It was Miller in third, Mir fourth, Oliveira fifth, Vinales sixth, Rossi seventh, Rins eighth, Binder ninth and Aprilia’s Aleix Espargaro in the Top 10. The re-start saw the Pramac Ducati rider to take the lead with Dovizioso slotting in second from Espargaro.

Mir held onto fourth but Rins made the move to be fifth ahead of Oliveira as Binder was upto seventh after fending off Rossi, who lost to LCR Honda’s Takaaki Nakagami as well. It was a horror start from Vinales, though, who dropped to last in the order.

While Miller and Dovizioso led the way, Rins made his way upto third as Espargaro started to struggle with Mir chasing him. The Suzuki rider got through him as the Spaniard then had Olievira in the spot too, when the two collided after looking strong.

Espargaro went wide as Oliveira tried to pass him when the Spaniard came back on the track with the two crashing out. It was anger all around with the Portuguese kicking inside his garage while the KTM rider went straight to his room.

At the front, Rins started to pull in on Dovizioso and Miller, who ere fighting for the MotoGP Austrian GP lead. The Italian had it but the Suzuki rider got through the Australian and eventually the Ducati man as well, only to crash out himself.

Doviziso maintained his lead then from Miller with Mir in third ahead of Binder with Rossi in fifth, having passed Nakagami. Ducati’s Danilo Petrucci moved up to seventh with LCR Honda’s Cal Crutchlow eighth, Quartararo ninth and Tech 3 KTM’s Iker Lecuona 10th.

It steadied on in the final stages of the MotoGP race as Dovizioso held on to win the Austrian GP with Miller fending off Mir until the final corner when he went wide, allowing the Suzuki rider to take second – his first podium of his career.

Miller had to settle for third as Binder was fourth from Rossi and Nakagami close behind. Petrucci did well in seventh with Quartararo recovering to ninth and Vinales to 10th as Leucona was sandwiched in ninth between the two Yamaha riders.

Here’s official video from MotoGP about the crash