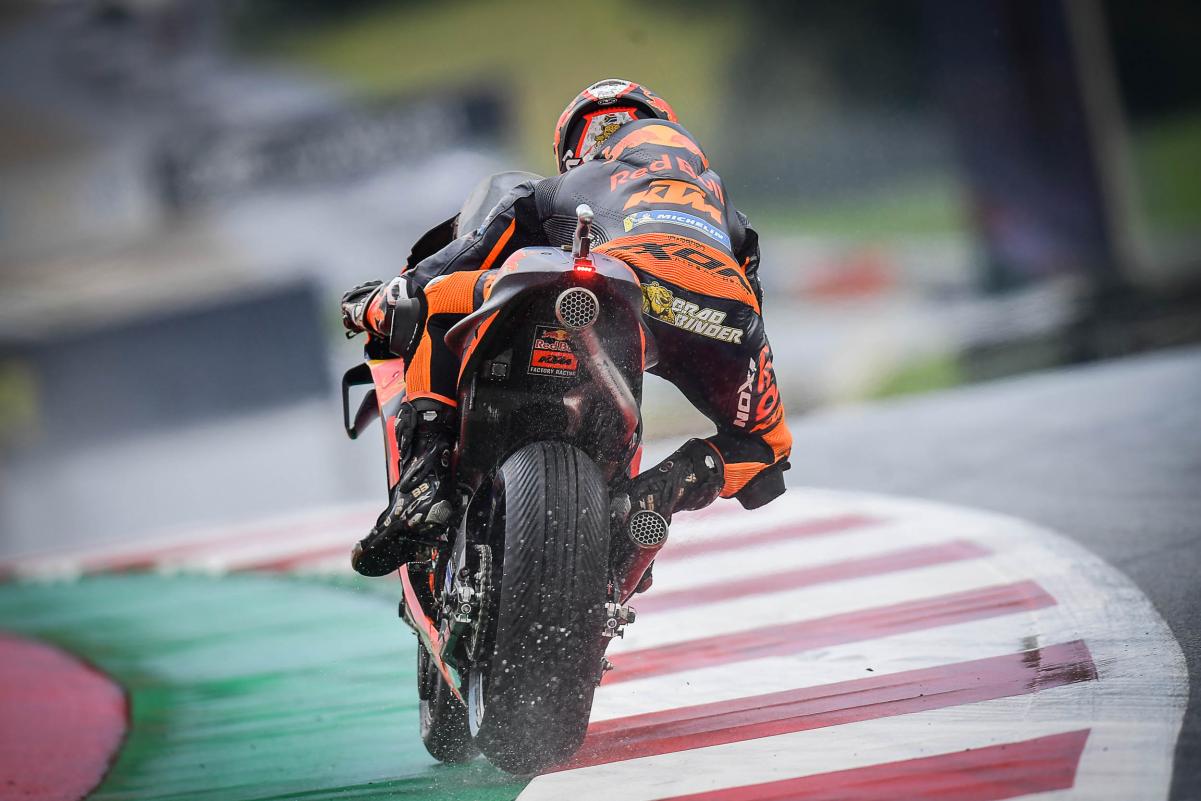 Pole-sitter Jorge Martin dropped back to second abode his Pramac Ducati at the start of MotoGP Austrian GP after a fighting Lap 1, which saw Ducati’s Francesco Bagnaia leap into the lead from third, with Yamaha’s Fabio Quartararo dropping to fourth.

Quartararo was involved in fights with Pramac Ducati’s Johann Zarco and Honda’s Marc Marquez, as they were third and fourth. Ducati’s Jack Miller was sixth from Suzuki’s Joan Mir, while Aprilia’s Aleix Espargaro was eighth, KTM’s Brad Binder ninth.

His teammate Miguel Oliveira rounded the Top 10 as Suzuki’s Alex Rins was left to do a lot after a wide moment. At the front, while Bagnaia led the way, the fight behind him intensified with Martin, Zarco, Marquez and Quartararo.

Martin held onto second but not for long as a wide moment from him allowed Marquez to sneak through him, while he kept Zarco behind still. At the same time, Quartararo cleared all the three riders to move himself into second behind Bagnaia.

The Race Direction, meanwhile, allowed MotoGP riders to swap bikes, as rain flag was waved in the first part of the track. It didn’t rain heavy, though, with riders still on speed on their dry tyres. There was a moment from Espargaro too, which dropped him behind.

Tech 3 KTM’s Iker Lecuona was a rider on charge initially, having moved up to eighth but he lost out in the longer run to be 11th. At the front, Quartararo pounced on Bagnaia to take the lead of MotoGP Austrian GP, but not for long as the Ducati rider came back on him.

The Ducati horsepower kept him ahead, as Marquez caught the back of Quartararo in the fight for second. Martin stood fourth, while Zarco had Mir in his mirrors after the latter passed Miller for sixth. Binder moved himself up to seventh in the order.

He had Oliveria on his tail, but Espargaro got through him for ninth. Rins cleared Lecuona for 11th, as LCR Honda’s Takaaki Nakagami was 13th from Avintia Ducati’s Luca Marini and Honda’s Pol Espargaro in the Top 15 points scoring position.

Replays showed the moment where Avintia’s Enea Bastianini lost his bodywork to retire, while Zarco had a fall to crash out from the Austrian MotoGP race. At the front, Bagnaia came under pressure from Marquez, who got through Quartararo for second.

It got tasty when Bagnaia’s mistake allowed Marquez to get through, but the former got back to retake the lead amid rain flags being waved. There was a brief yellow flag for Oliveria, who crashed out from the fag end of the Top 10 position.

The rain started to intensify as Miller and Rins pitted to swap bikes along with few others but the Top 6 stayed out for another lap, which saw all six of them jostle for track positions, where Marquez took the lead from Quartararo with Martin, Bagnaia, Mir and Binder there.

While five of them pitted, Binder stayed out to lead from Espargaro, with Lecuona third, Marini fourth, Rossi fifth, A Marquez sixth, Nakagami seventh among the ones who did not pit. It was a crazy end to the MotoGP Austrian GP amid heavy rain.

Binder rode as slowly as possible to see the chequered flag on the dry tyres and win the MotoGP Austrian GP race, where Bagnaia came through the field to be second from Martin and Mir – all three on the wet tyres, having swapped bikes.

Marini registered his best result in fifth on dry tyres with Lecuona sixth from Quartararo on the wet tyres. Rossi was eighth on the dry tyres from A Marquez and A Espargaro in the Top 10, with early stopper Miller in 11th from Petrucci – the latter on dry tyres.

Nakagami was 13th, Rins 14th and Marquez 15th in the points position, where the latter fell at Turn 3 after switching to wet tyres, to drop back in the order. Teammate Espargaro was 16th, with Petronas SRT’s Cal Crutchlow in 17th.

There was a track limits penalty for Binder after the race, but it didn’t change his position with three seconds added. DNF: Oliveira, Zarco, Bastianini.