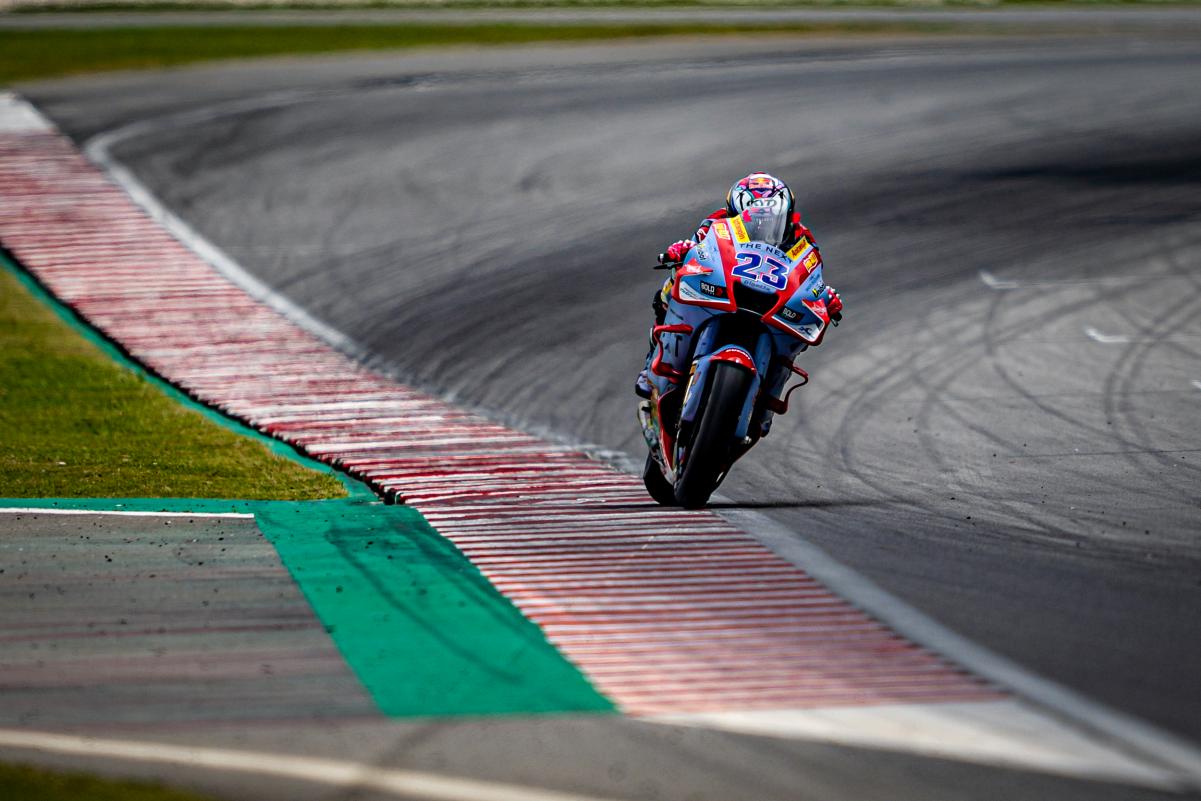 Enea Bastianini was fastest on Day 2 of the MotoGP Sepang Test in a rain-hit day with Aleix Espargaro second and Jorge Martin third.

Gresini Racing’s Bastianini was already quick off the blocks abode his Ducati GP21 and it stayed like that to end the MotoGP Sepang Test with a 1m58.131s lap which was 0.026s faster than Day 1 pace-setter Espargaro (1m58.157s) abode his Aprilia RS-GP.

Pramac Ducati’s Martin was third with a 1m58.243s lap as the second Aprilia of Maverick Vinales rounded out the Top 5 behind Suzuki’s Alex Rins – the Top 3 from Day 1 maintaining their pace to be in the Top 5 on the final day as well.

Bastianini kept his fastest lap eventually, thanks to rain mid-day at Sepang which worsened towards the end. Only selected MotoGP riders ventured out in damp conditions and it was no surprise that most were rookies who needed more experience in those conditions.

Having had a low-key first day, Ducati’s Francesco Bagnaia was back on pace to be sixth, with lead Yamaha rider being Fabio Quartararo from lead Honda rider Marc Marquez in seventh and eighth respectively. The Frenchman still did not feel 100%.

Both the riders and MotoGP outfit expected more from the new package, but it didn’t reflected on track. The Top 10 was rounded out by Pramac’s Johann Zarco and Honda’s Pol Espargaro, as VR46’s lead rider Luca Marini missed out in 11th.

Suzuki’s Joan Mir was 12th ahead of LCR Honda’s lead rider Takaaki Nakagami, who had a crash on Day 2. Ducati’s Jack Miller got more running on the second day to be 14th with KTM having another tough outing where the best finish was 15th from Miguel Oliveira.

The Australian is still recovering from broken wrist. While his teammate found a place in the Top 10, Yamaha’s Franco Morbidelli was only 24th from RNF’s Darryn Binder from pair of Suzuki testers Sylvain Guintoli and Takuya Tsunoda. 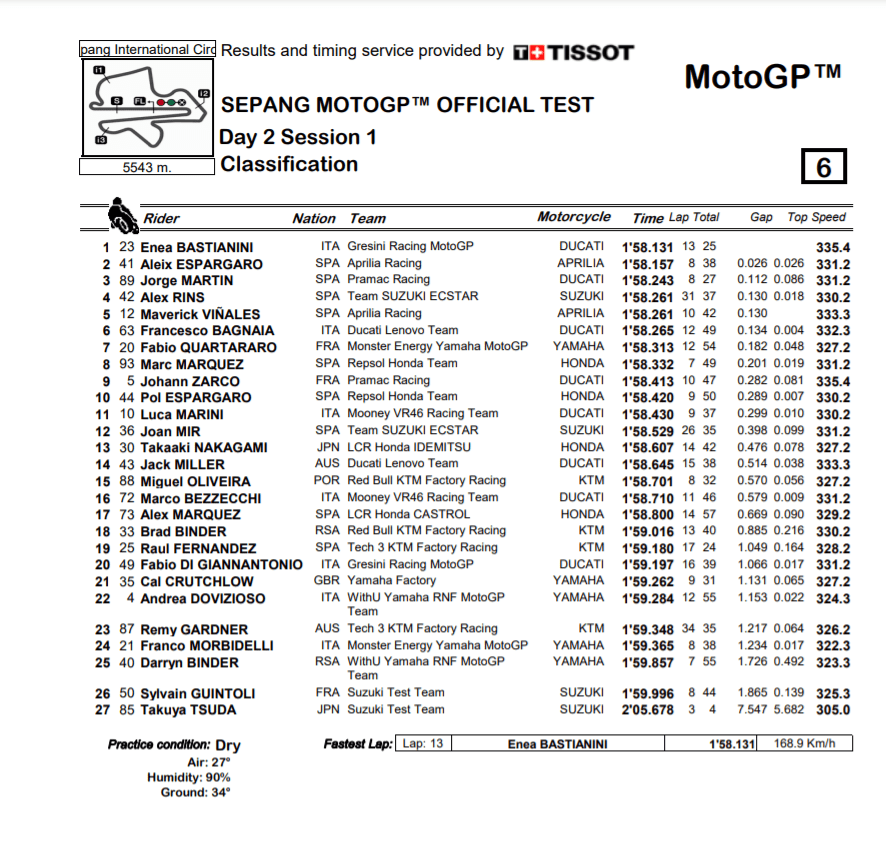