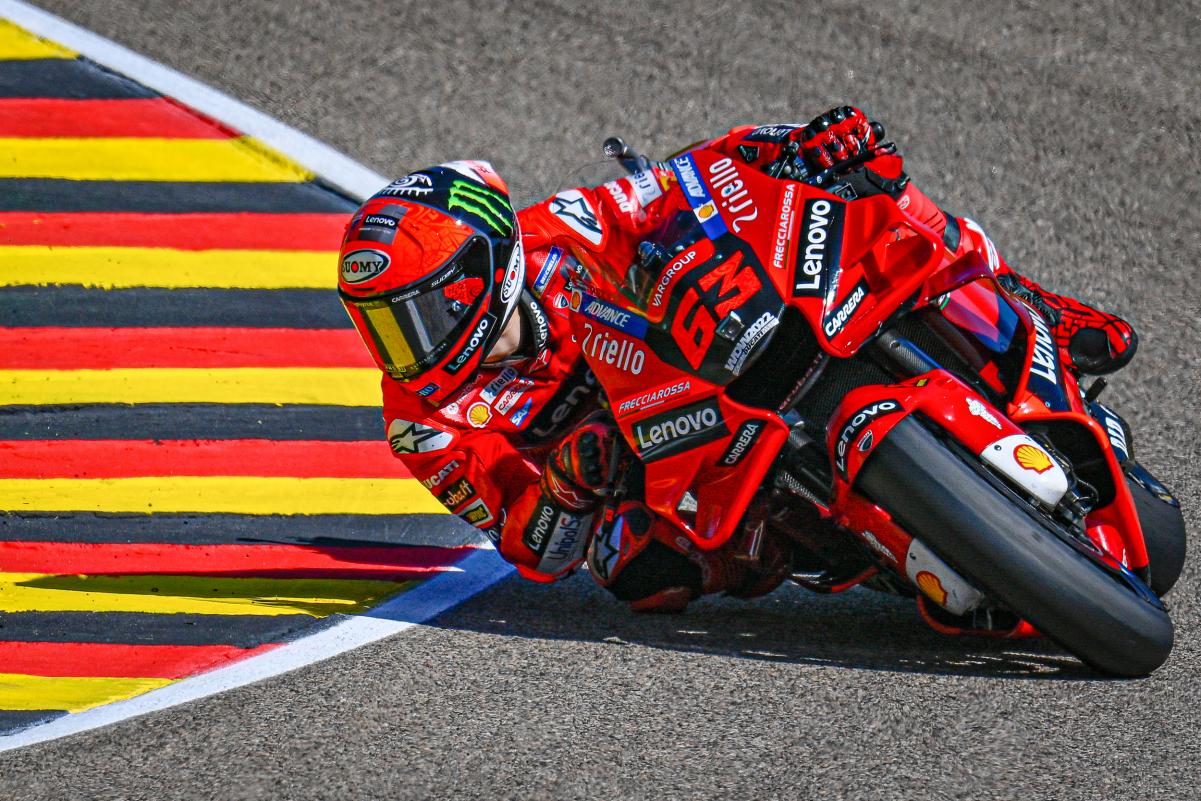 The first part in MotoGP German GP qualifying saw Gresini Ducati’s Fabio di Giannantonio in a good position to lead the way with a strong 1m20.307s lap as Honda’s Pol Espargaro then slotted in second for a spot in Q2 which had several riders in the tussle.

VR46 Ducati’s Marco Bezzecchi, LCR Honda’s Alex Marquez and Gresini’s Enea Bastianini were in the chasing pack for a spot in Q2. The final run saw di Giannantonio hold his lap to make it into Q2 as Bezzecchi made it in after displacing Espargaro.

The Spaniard’s final attempt saw him finish third to start 13th, missing Q2 by just the 0.004s margin. KTM’s Miguel Oliveira did well to move up to 14th with teammate Brad Binder slotting in 15th from Marquez and Bastianini, who was hugely frustrated.

Honda’s Stefan Bradl was 18th from RNF Yamaha’s Andrea Dovizioso, as Yamaha’s Franco Morbidelli was 20th from Tech 3 KTM pair of Remy Gardner and Raul Fernandez as RNF’s Darryn Binder rounded the 23 runners where Suzuki’s Alex Rins pulled out due to his wrist injury.

The second part in MotoGP German GP at Sachsenring saw Ducati lead provisionally with Francesco Bagnaia ahead of Jack Miller after a 1m20.098s lap, as Pramac Ducati’s Jorge Martin was third from Aprilia’s Aleix Espargaro.

Among them, Miller was still under investigation for a yellow flag infringement from FP4 session. The second run changed the order a bit, with Bagnaia upping his pace to a 1m19.931s lap to take MotoGP pole in German GP where he ended his session early.

After an early trouble, Yamaha’s Fabio Quartararo fought back to second with Pramac’s Johann Zarco upping his pace to be third. Aprilia’s Espargaro was fourth as Gresini’s di Giannantonio slotted in fifth after coming through from Q1.