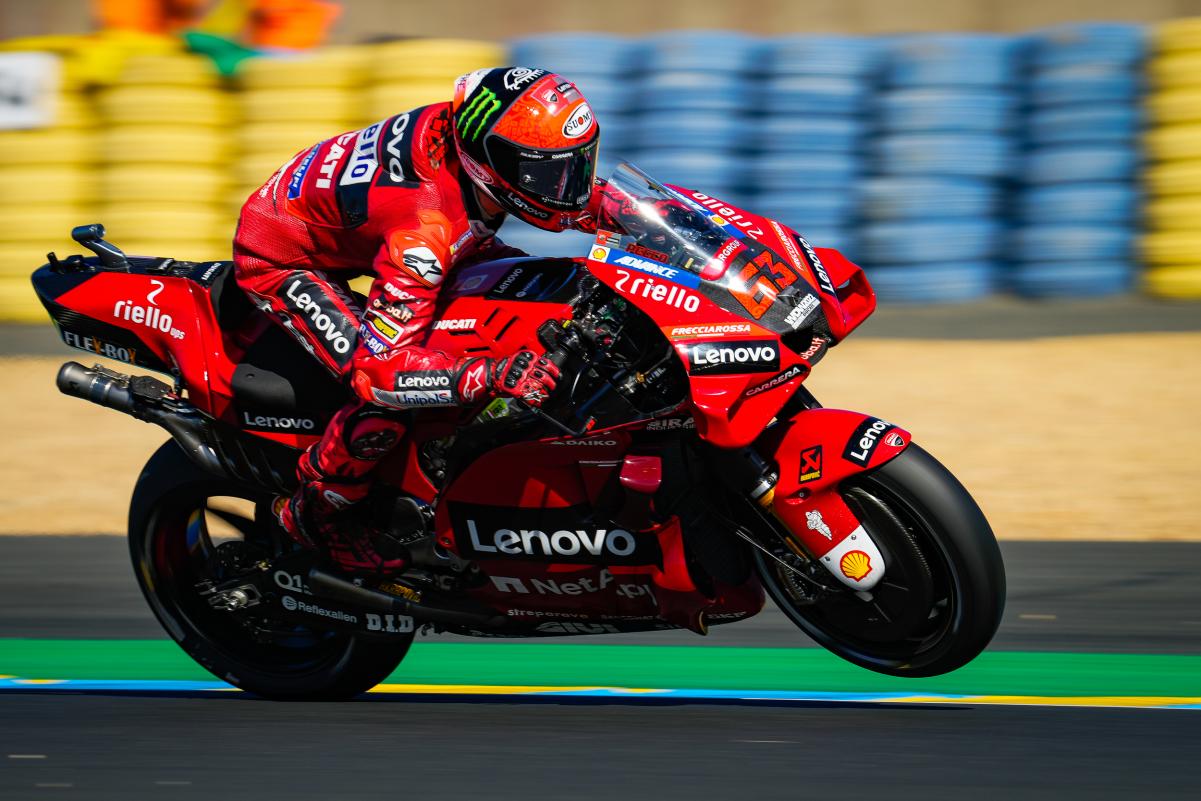 The first part in MotoGP qualifying in French GP saw Pramac Ducati’s Jorge Martin (1m31.138s) lead the way from Suzuki’s Joan Mir in the early part with VR46 Ducati’s pair of Marco Bezzecchi and Luca Marini following them in the standings.

Bezzecchi set a solid lap despite having a gravel moment where he didn’t fall just. It was a clean run post that from all as Martin upped his pace to a 1m30.804s lap to make it into Q2 while Mir followed him up with a 1m30.933s lap.

Bezzecchi remained third to start the French GP from 13th as Aprilia’s Maverick Vinales popped up to 14th to push Marini to 15th from Gresini Ducati’s Fabio di Giannantonio and the KTM pair of Miguel Oliveira and Brad Binder in 17th and 18th.

The second part in MotoGP French GP qualifying saw a close fight between Yamaha’s Fabio Quartararo (1m30.688s) and Ducati’s Francesco Bagnaia with only 0.011s separating the two after the first run. Pramac’s Martin continued to show his pace in third.

Likewise Aprilia’s Aleix Espargaro continued his good run from Gresini’s Enea Bastianini. It was a relatively clean run from all riders as the final trim saw Bagnaia up his pace to a lap record breaking 1m30.450s which was enough to hand him MotoGP pole in French GP.

Teammate Jack Miller made it Ducati 1-2, slotting only 0.069s behind as a late quick lap from Esparagro denied Quartararo a front row start in his home grand prix as he could only manage the fourth best lap time which was more than four tenths off Bagnaia’s.

Bastianini was fifth from Pramac’s Johann Zarco with Suzuki pair of Rins and Alex Rins slotting in seventh and eighth, while Martin was ninth from Honda’s Marc Marquez & Pol Esparagro as LCR’s Takaaki Nakagami rounded out the Top 12.