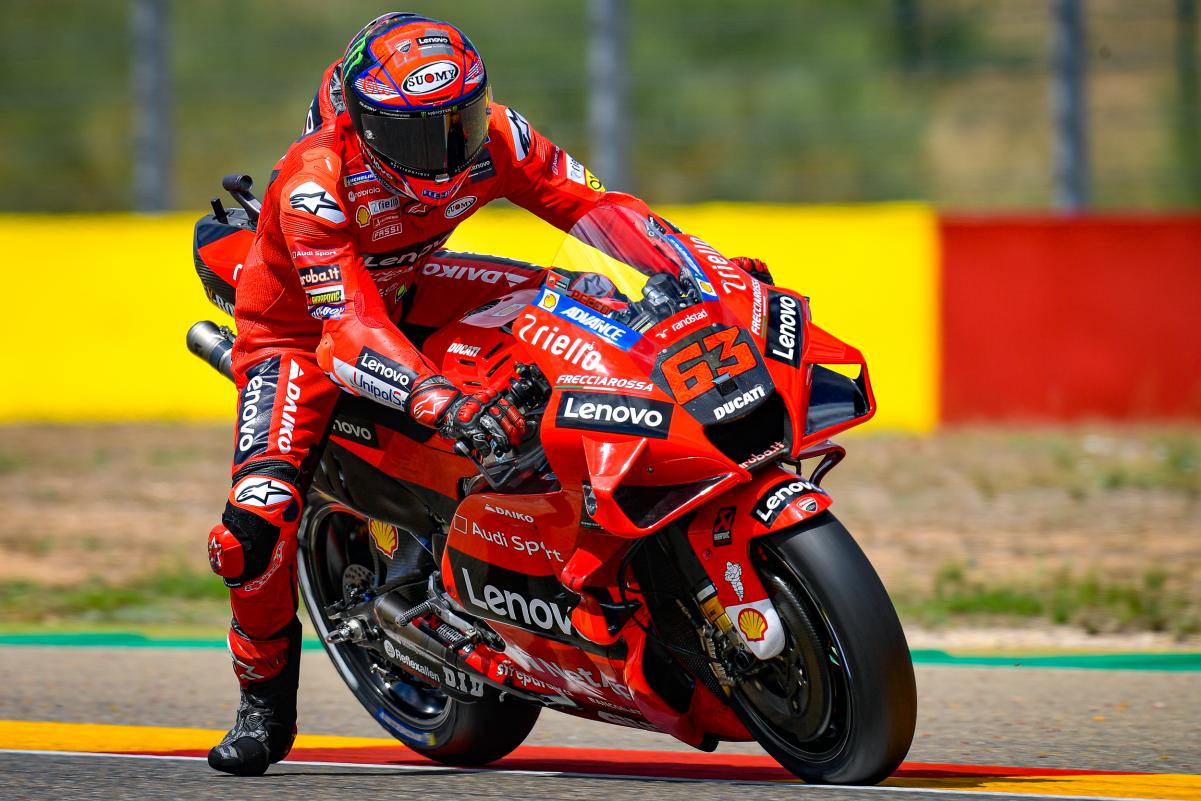 The first part in MotoGP Aragon GP qualifying saw Pramac Ducati’s Johann Zarco lead the way after first run with a 1m47.327s lap, as KTM’s Brad Binder steadied behind him. In the fight was Suzuki’s Alex Rins in third, with Avintia Ducati’s Luca Marini in fourth.

The second run shuffled up the order, with Zarco retaining top spot after an improved lap of 1m47.293s to seal his place in Q2. There was some trouble for Binder from others, but not to be eventually after the South African improved to 1m47.334s lap.

Tech 3 KTM’s Iker Lecuona ended up third to start Aragon MotoGP from 13th, with LCR Honda’s Alex Marquez in 14th ahead of Yamaha’s Cal Crutchlow in the Top 15. The other Tech 3 KTM of Danilo Petrucci ended up 17th from Marini.

While Binder made it through, it wasn’t enough for KTM’s Miguel Oliveira, who was just 18th from Aprilia’s Maverick Vinales. The Spaniard his first-ever qualifying run with the Italian outfit and managed to beat Rins and Petronas SRT’s Valentino Rossi & Jake Dixon.

The second part in MotoGP Aragon GP saw Yamaha’s Fabio Quartararo lead the way after first run with a 1m46.727s lap, with Pramac Ducati’s Jorge Martin and Ducati’s Francesco Bagnaia in second and third – the only three to dip into the 1m46s barrier.

The other Ducati of Jack Miller was fourth from Honda’s Marc Marquez, who has had a topsy-turvy Aragon MotoGP weekend, with multiple crashes. The second and final run had Bagnaia set a stonking 1m46.322s lap for others to beat, and especially Quartararo.

But it wasn’t to be as Bagnaia’s first lap was enough to hand him MotoGP pole in Aragon GP as Miller with a 1m46.688s, made it a Ducati 1-2, to push Quartararo third despite the improvement from the Frenchman, who set a 1m46.719s.

Marquez dipped into 1m46s as well to be fourth, enough to beat Martin as Aprilia’s Aleix Espargaro was sixth – the last one in the 1m46s. Suzuki’s Joan Mir was seventh from the other Honda of Pol Espargaro and Avintia Ducati’s Enea Bastianini.

It was the Italian’s first Q2 appearance, as he managed to beat Zarco, LCR Honda’s Takaaki Nakagami and Binder in the Top 12.