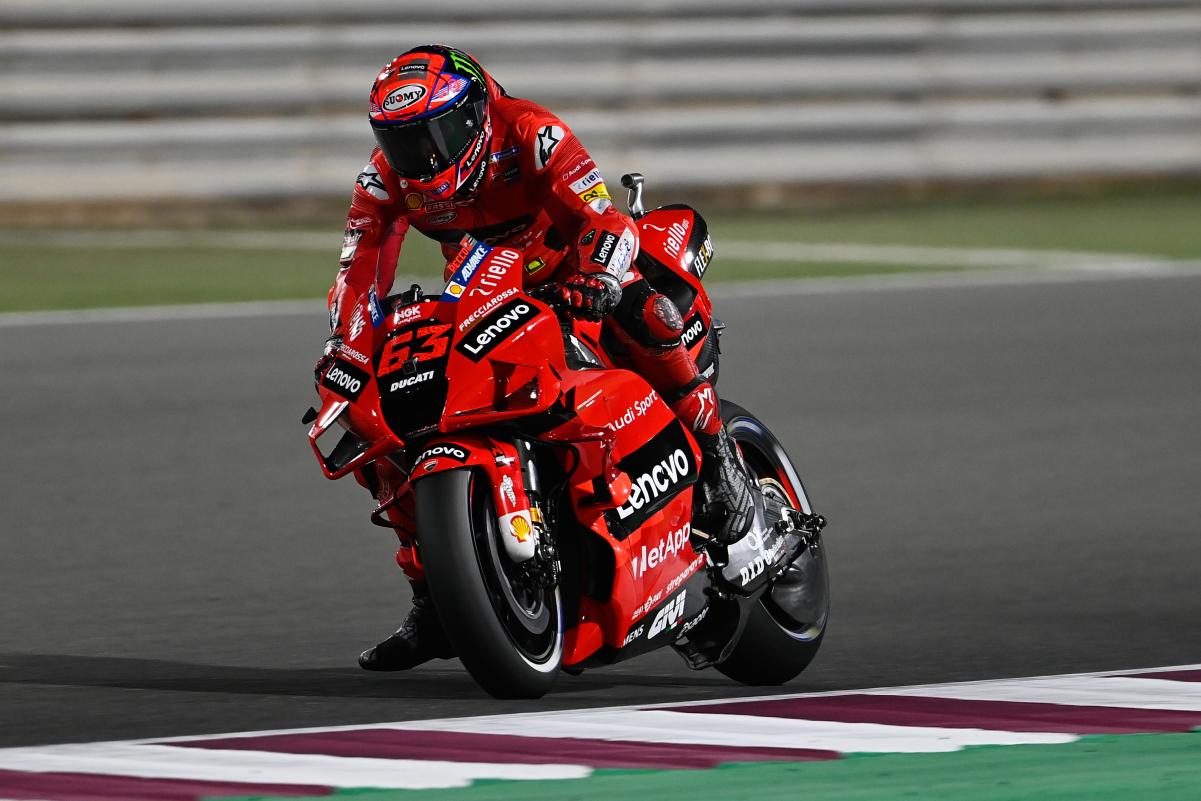 It was a tight fight in the first part of MotoGP qualifying in Qatar GP as multiple riders showed their hand at the top, which included the likes of Suzuki’s Joan Mir, Pramac Ducati’s Jorge Martin, Avintia Ducati’s Enea Bastianini and LCR Honda’s Takaaki Nakagami.

It was Nakagami with the last laugh after his 1m53.577s lap to go fastest, while Mir ended up second with a 1m53.728s to make it in Q2, after a heartbreak for Martin, who crashed out on a quick lap. He ended up fourth eventually, behind fellow rookie Bastianini.

As a result, Bastinaini is to start from 13th from Martin, as KTM’s Miguel Oliveira slotted in 15th in a dismal run for the factory outfit, with Brad Binder only 19th behind the Honda pair of Alex Marquez (LCR) & Stefan Bradl and Avintia’s Luca Marini.

In more misery for KTM, the Tech 3 riders Danilo Petrucci and Iker Lecuona ended up only 20th and 21st, while Aprilia’s Lorenzo Savadori rounded out the 22 MotoGP riders for the Qatar GP.

It was all to play for in the second part of MotoGP qualifying in Qatar GP, as Ducati and Yamaha were hot in the fight for pole. Honda’s Pol Espargaro initially laid the benchmark time but was quickly beaten by Bagnaia, who got toppled by Jack Miller.

Yamaha’s Quartararo got in the act with the top time as Vinales got himseld on the front row. In his second run, Bagnaia came out of nowhere with a record-breaking 1m52.277s lap to register his first-ever MotoGP pole in Qatar GP on his Ducati debut.

He comfortably beat Quartararo (1m53.038s), with Vinales (1m53.088s eventually ending up third after getting the better of former teammate Valentino Rossi abode the Petronas SRT machine. It was still a solid showing from the Italian to open the 2021 season.

Miller dropped to fifth as a result as a late quick lap from Pramac Ducati’s Johann Zarco, pushed Petronas SRT’s Franco Morbidelli to seventh. The Aleix Epargaro magic continued as he put Aprilia in eighth ahead of Suzuki’s Alex Rins, Mir, Nakagami and P Espargaro.