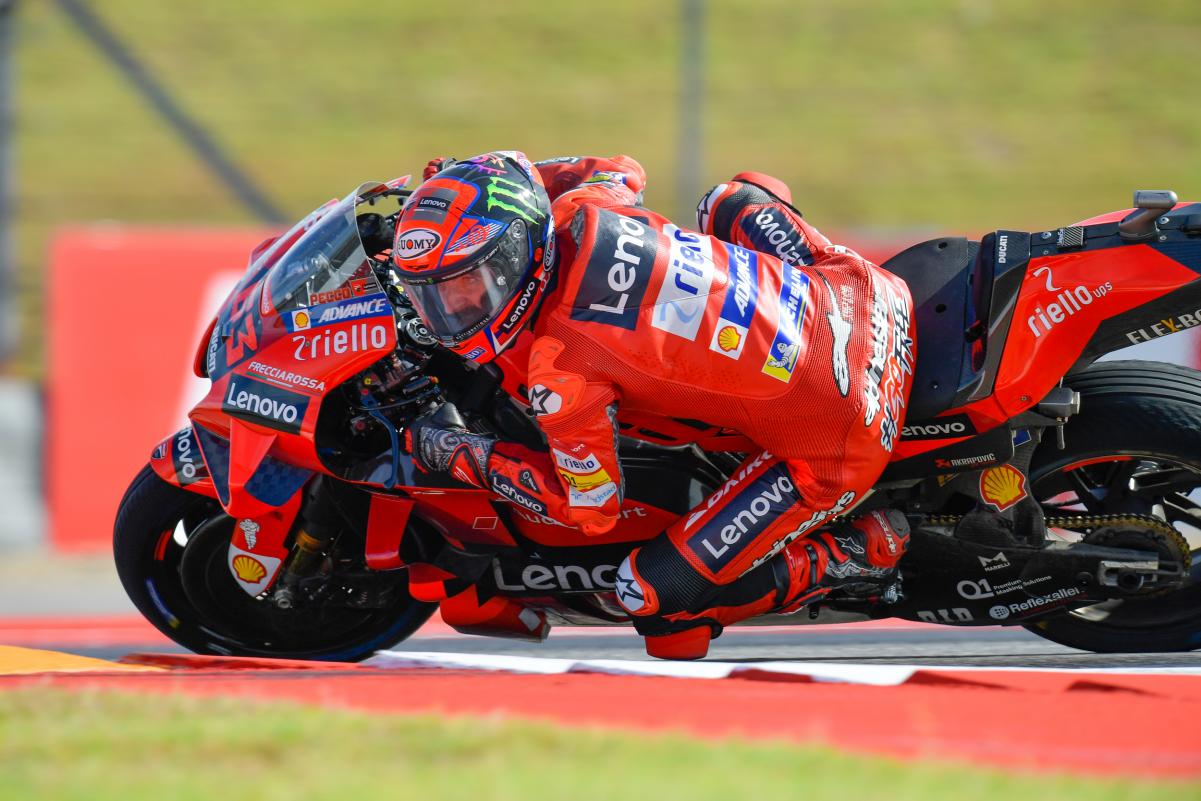 Ducati’s Francesco Bagnaia made it three MotoGP poles in a row in Americas GP from Yamaha’s Fabio Quartararo and Honda’s Marc Marquez.

The first part in MotoGP Amerias GP qualifying saw early jolt for Aprilia’s Aleix Espargaro who crashed at Turn 12, as his crew got on to fix the bike in time to get him some running in Q1. The time was ticking down while his rivals started to set their times.

The second run saw Mir improve further but was displaced by Marini who made it into Q2 by topping Q1 with a 2m03.410s. The Suzuki rider was also through with a 2m03.540s, which knocked out Morbidelli in third and to start Sunday’s race from 13th.

It was a solid finish from Petronas SRT’s Andrea Dovizioso in his second run on the Yamaha to be 14th as Marquez was 15th ahead of the other Avintia of Enea Bastianini. Tech 3 KTM’s Iker Lecunoa ended up 17th from Oliveira, who managed complete a run after his crash.

Likewise Espargaro did so as well in 19th ahead of Rossi, who had a late crash at Turn 6. The line-up was rounded out by Tech 3 KTM’s Danilo Petrucci in 21st.

While the Australian struggled, his Ducati teammate Francesco Bagnaia shot up to the top with a 2m02.781s lap to lead the way from Yamaha’s Fabio Quartararo and Marquez. That lap from the Italian was enough to hand him his third consecutive MotoGP pole.

Quartararo improved on his final attempt but it wasn’t enough as Marquez did well to be third to secure a front-row start. Martin was fourth from Nakagami as Pramac’s Johann Zarco was sixth from Suzuki pair of Alex Rins and Mir.

Marini did well to be ninth as a disappointed and angry Miller was only 10th after having done so well in the practice sessions. KTM’s Brad Binder ended up 11th from Honda’s Pol Espargaro, rounding out the 12 runners.