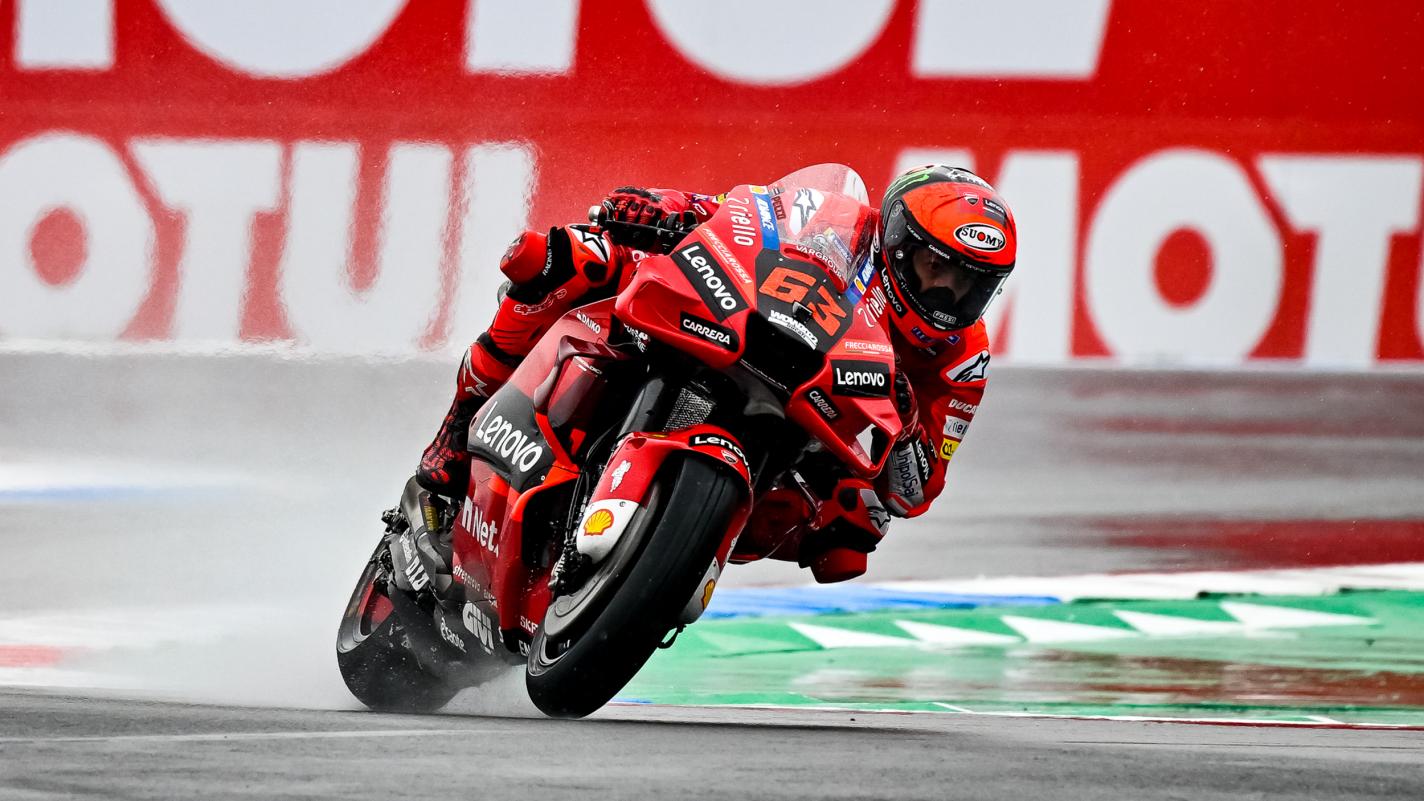 It was cloudy but the track was dry in first part of MotoGP qualifying in Dutch GP at Assen, as KTM pair of Miguel Oliveira and Brad Binder led the way after the first runs with Suzuki’s Joan Mir in third from RNF Yamaha’s Andrea Dovizioso and Tech 3 KTM’s Remy Gardner.

It was a late start for Gresini Ducati’s Enea Bastianini, whose bike stopped at the pit exit. He had to rush back into the pits where the mechanics had to work quickly on the second bike. His run plan had to be changed with a late run for the Italian.

There was a small fall for Mir on his second run but managed to get going. Meanwhile, the second run saw KTM’s Binder go up on his teammate with a 1m32.485s lap to make it into Q2 as Oliveira also went through in second with a 1m32.550s lap.

VR46 Ducati’s Luca Marini was third after a late lap to start Dutch GP from 13th as Mir ended up 14th despite a late dash. Gresini pair of Fabio di Giannantonio was 15th from Bastianini with Dovizioso slotting in 17th from Honda’s Stefan Bradl.

Rain stayed away in the second part of MotoGP qualifying in Dutch GP as Pramac Ducati’s Jorge Martin led the way with a 1m31.708s lap where Yamaha’s Fabio Quartararo was only 0.010s off, while Ducati’s Francesco Bagnaia was third.

It was a record lap already from Martin, as Quartararo had a small wide moment onto the gravel but was not harmed. The second run saw an early lap from Bagnaia of a 1m31.504s to secure MotoGP pole in German GP from Quartararo who had a wild moment.

On his way to his final lap, Quartararo almost had a crash but managed to save himself. Martin ended up third despite his fall at Turn 5 which brought out the yellow flag. VR46’s Marco Bezzecchi was fourth from Aprilia’s Aleix Espargaro.

Ducati’s Jack Miller ended up sixth after his late fall at Turn 6 which irritated Aprilia’s Maverick Vinales. Post session, the Australian went to the Spaniard’s box to apologise, who ended up 11th after both his laps were disrupted by yellow flags.

Pramac’s Johann Zarco was seventh from KTM’s Oliveira with teammate Binder in 10th behind Suzuki’s Alex Rins, while LCR’s Takaaki Nakagami was 12th. He was one of the three Honda riders after Pol Espargaro pulled out due to wrist injury.