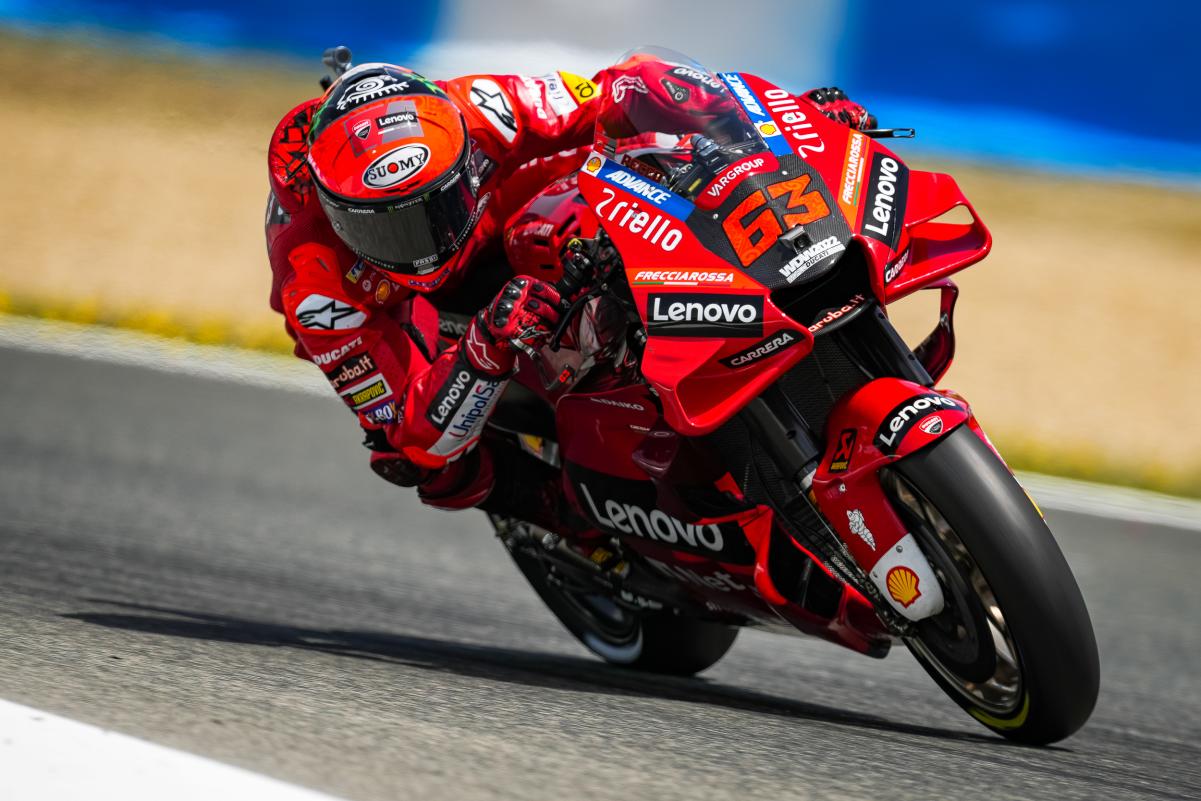 The first part of MotoGP qualifying in Spanish GP at Jerez saw Suzuki’s Alex Rins lead the way provisionally from Honda’s Pol Espargaro but the latter came back to take the lead as KTM’s Brad Binder stood third for most part of the session.

The second run saw VR46’s Marco Bezzecchi take the top spot before falling down. He looked all set to take it away but for the late charge from Pramac Ducati’s Johann Zarco who set a 1m37.003s lap to set the pace and make it into Q2.

Despite his fall, Bezzecchi’s 1m37.135s lap was enough for a Q2 spot as Honda’s Espargaro missed out in third by 0.003s. He is to start the Spanish MotoGP race from 13th ahead of Suzuki’s Rins with Binder in 15th after one of his laps was deleted due to track limits.

The second part in MotoGP qualifying in Spanish GP saw early crash for Pramac’s Jorge Martin, who had to rush into the pits to switch onto the second bike. On track, Yamaha’s Fabio Quartararo set the pace provisionally from Ducati’s Francesco Bagnaia.

Aprilia’s Aleix Espargaro slotted in third from Ducati’s Jack Miller and Honda’s Marc Marquez before they all ventured out for their final run. As they set out, Suzuki’s Joan Mir and Gresini’s Enea Bastianini both had separate crashes at different corners.

That certainly ruled them out of contention as Bagnaia went quickest with a 1m36.170s lap which was enough to hand him MotoGP pole in Spanish GP as Quartararo couldn’t improve on his final attempt to be second, with Espargaro regaining third in his final attempt.