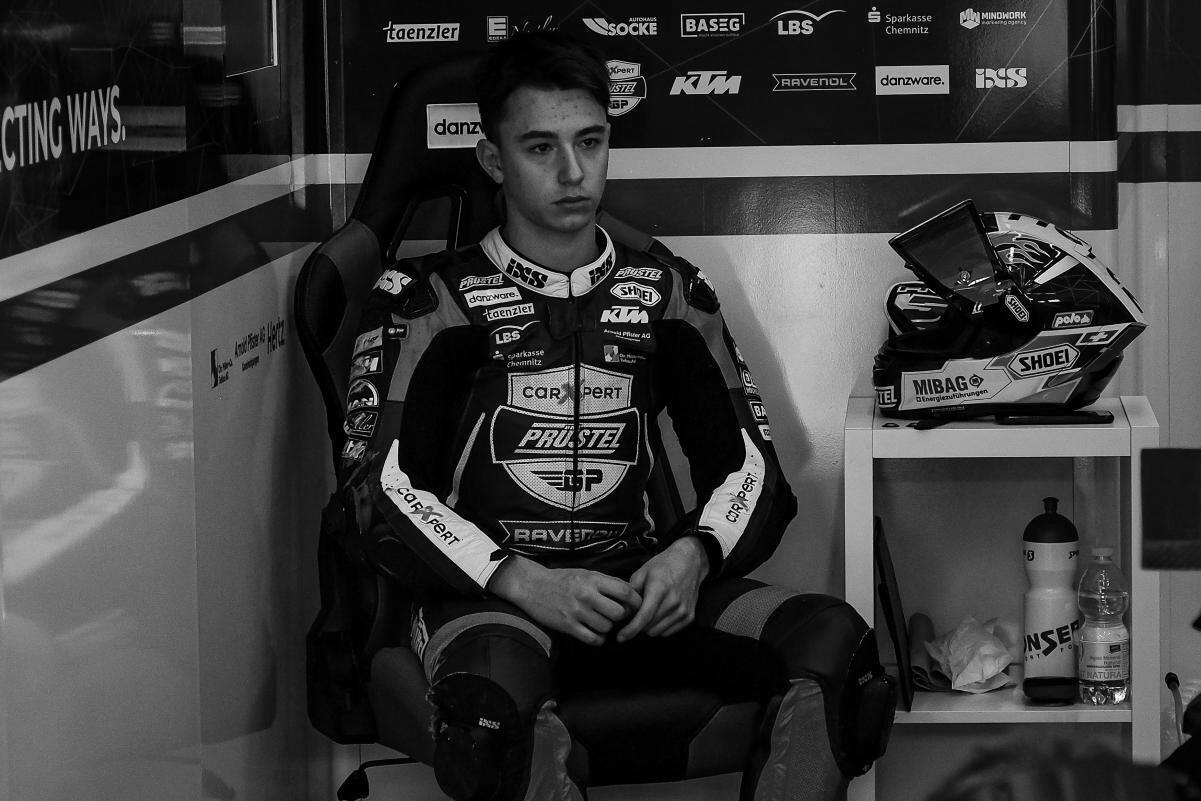 Dorna Sports announced the sad departure of Moto3 racer Jason Dupasquier, who died from injuries, after a crash during Mugello qualifying session.

Prustel GP’s Dupasquier crashed at the Arrabbiata 2 right-hander at Turn 9 at the end of Moto3 qualifying at Mugello, while on a flying lap. The heavy shunt caught out Tech 3 KTM’s Ayumu Sasaki and Gresini’s Jeremy Alcoba, as well.

While Sasaki and Alcoba walked away from the incident, Dupasquier had to be treated trackside by the circuit’s medical before he was airlifted to the Careggi hospital in Florence. The FIM doctors released a statement after he was airlifted.

“The rider, number 50, Jason Dupasquier (Switzerland) was involved in a very serious crash during the qualifying two for Moto3,” said the official from the FIM. “The FIM medical intervention team in the vehicles arrived immediately on the site of the accident and after that he was transferred to the Careggi hospital in a hemodynamically stable way to the Careggi hospital in Florence and we will wait for updates from the hospital.

“At the moment we know that for sure he’s in a very serious condition and as I said we are waiting for updates by the hospital. The procedure at the trackside was done because it was the faster way and for sure was the best way to activate this case in consideration of this kind of serious accident.”

No updates followed from the FIM and or Dorna Sports, apart from the hospital, mulling a full body check to understand the core issue. Just after the end of the Moto3 race at Mugello, the FIM announced the death of Dupasquier.

“We’re deeply saddened to report the loss of Jason Dupasquier On behalf of the entire MotoGP family, we send our love to his team, his family and loved ones You will be sorely missed, Jason. Ride in peace,” said a small statement on social media.

A larger statement from MotoGP added: “Following a serious incident in the Moto3 Qualifying 2 session at the Gran Premio d’Italia Oakley, it is with great sadness that we report the passing of Moto3 rider Jason Dupasquier.

“Dupasquier was involved in a multi-rider incident between Turns 9 and 10, with the session Red Flagged thereafter. FIM Medical Intervention Vehicles arrived at the site immediately and the Swiss rider was attended to on track before being transferred by medical helicopter, in a stable state, to Careggi Hospital in Florence.

“Despite the best efforts of circuit medical staff and all those subsequently attending to the Swiss rider, the hospital has announced that Dupasquier has sadly succumbed to his injuries. Dupasquier had made an impressive start to his second season in the lightweight class of Grand Prix racing, consistently scoring points and within the top ten in the standings. The FIM, IRTA, MSMA and Dorna Sports pass on our deepest condolences to Dupasquier’s family, friends, team and loved ones.”

The MotoGP paddock will observe a moment of silence at 13:45 PM local time at Mugello, to pay their homage. After the tragic demise of Moto2 racer Luis Salon during the 20216 Catalan GP, Dupasquier is sadly the first grand prix rider to lose his life on a race weekend.

[From everyone at FormulaRapida.net, we pay our condolences to Jason and his well-wishers]