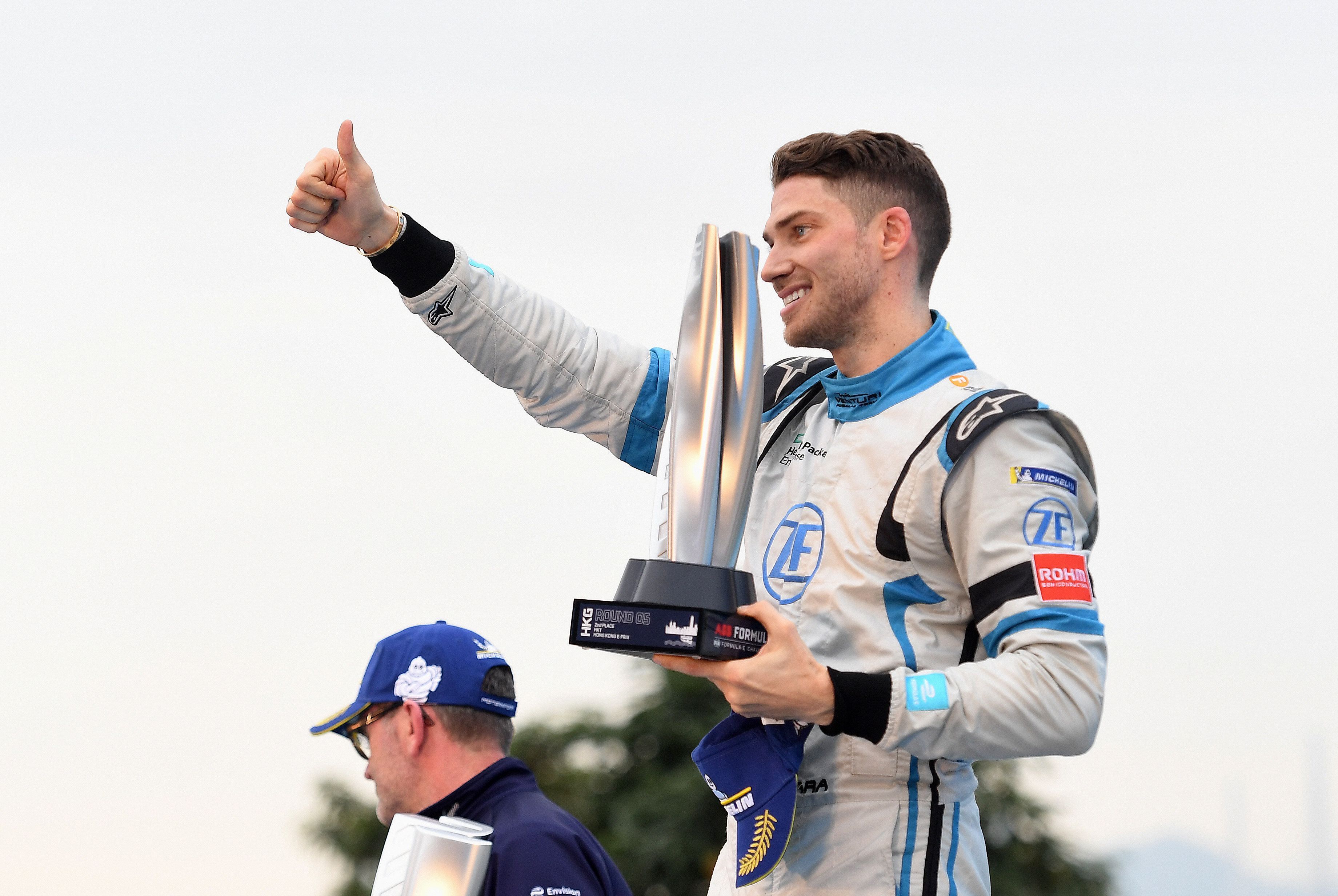 Once again, the Formula E race was nothing short of drama and chaos. The rain in Hong Kong added to the spectacle during the day but fortunately it stayed away at the time of the race – although that didn’t took the spice away.

It was already a surprise with HWA Racelab’s Stoffel Vandoorne securing pole for the race but the Belgian started to fade away as Nissan e.Dams’ Oliver Rowland took charge from Envision Virgin’s Sam Bird and DS Techeetah’s Andre Lotterer.

Mortara steadied his Venturi car in sixth in the opening stages. He cleared HWA Racelab’s Gary Paffett and with the retirements of Vandoorne and Nissan e.Dams’ Sebastien Buemi, the Swiss-Italian racer found himself in the podium position.

With Rowland dropping out as well, he was right behind the Lotterer and Bird show while defending from Audi’s Lucas di Grassi and the train that followed. Once Lotterer was out, Mortara tried to get past Bird but had to settle for second on the road.

However, with the penalty to Bird for puncturing Lotterer’s right rear, the lady luck shone on Mortara to hand him and his team Venturi, their first Formula E win in Hong Kong – and it was a double delight with Felipe Massa ending up fifth.

Something gets to Mortara whenever he races in Asia. Just few miles away from the Hong Kong is the famous city of Macau where the 32-year-old has a record of 10 victories – which includes both F3 and GT categories along with the Qualification races.

He has now added an 11th with the Hong Kong Formula E victory. “If you look at my results in the past, I’ve always had some good results on city race tracks,” said Mortara. “I do like it, I feel like it’s more challenging.

“Historically, racing in Asia brings me so much luck – honestly, I’m over the moon. For us, it’s mega – it’s a small miracle. We still have a lot of things to improve but we’re going the right way. It feels good.

“I never thought we would be here at the start of the season. Especially when you look at who we are facing – so many strong manufacturers. We are still a small team and we are doing a good job.”

After point-less races at the start, Mortara has a fourth place finish in Santiago, followed by third in Mexico and now a win in Hong Kong. It has propelled him to fourth in the championship as he sits tied on 52 points with di Grassi.

With the string of better results, the team has also gained positions to be fourth with 66 points. His teammate, meanwhile, credited Venturi’s mechanics for a the supreme job of repairing his car under red flag after suffering damage due to a hit.

He eventually finished fifth to record his best result in Formula E. “My race had a fantastic start and I gained two positions then a racing incident resulted in me losing several positions and damage to the rear of my car,” he said.

“Fortunately we had the red flag and managed to fix the problem with the suspension. The mechanics did a fantastic job to repair it so quickly and after the restart the race was great. I managed to save the battery in a great way at the beginning.

“I had great race pace and I managed to overtake a few guys. P5 today is my best result so far but I still have in my mind that it could have been even better.” The mixed results in the first five races mean there can be no favourites judged at this point.

Bird’s penalty lost him the lead he managed to build over Mahindra’s Jerome D’Ambrosio, which is just one point now, as di Grassi and Mortara have hugely gained on them. At the teams’ side, Virgin (97) maintains a good lead over Audi (86) and Mahindra (83).