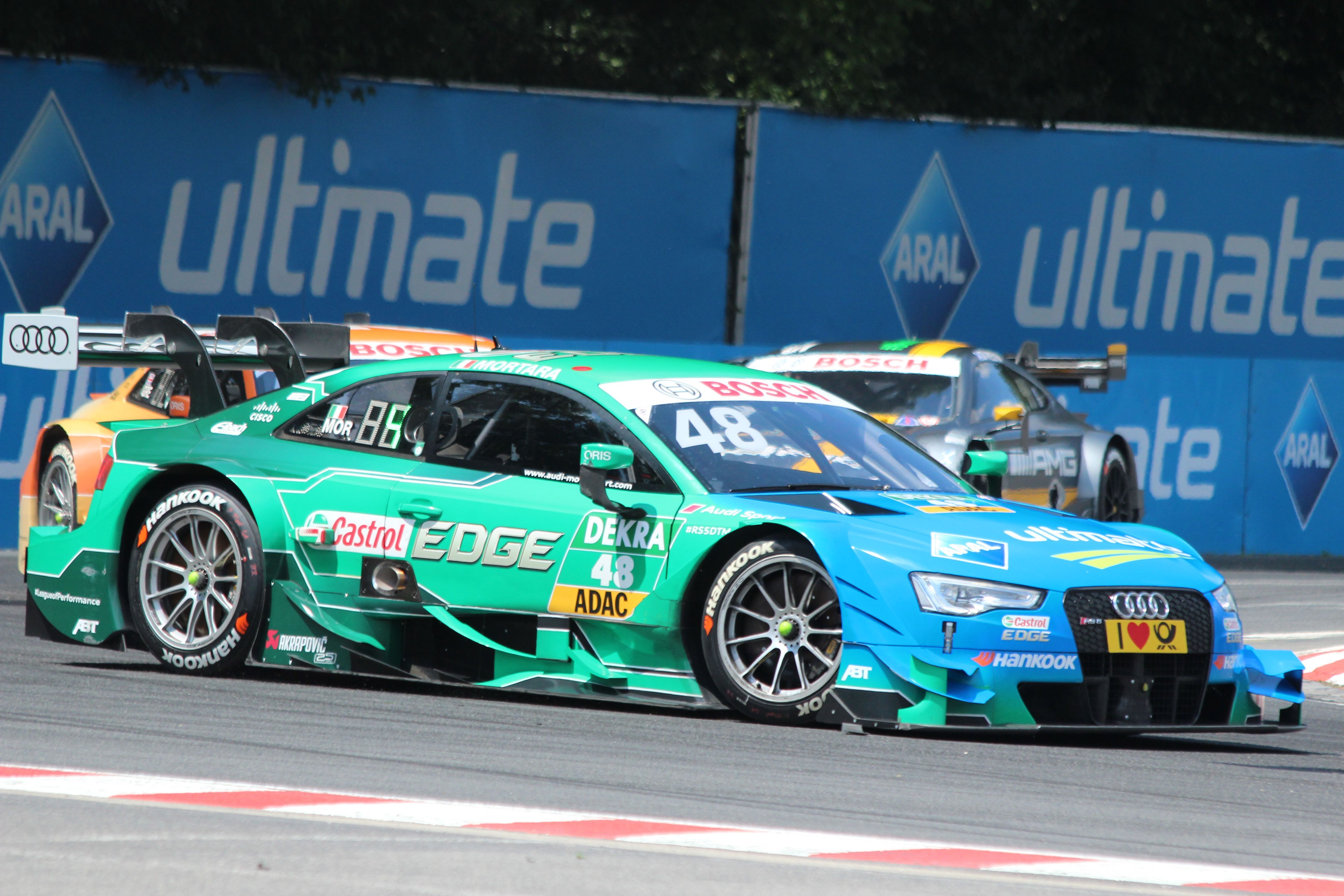 After a crazy race, Edoardo Mortara took his second win of the season on the Norisring circuit. Jamie Green and Paul Di Resta completed the podium while championship leader, Robert Wickens was taken down by Mattias Ekström.

Christian Vietoris started on pole position ahead of Mattias Ekström and Jamie Green. Good start from Vietoris while it was a rather bad one from Green. Ekstrom and Vietoris were side by side after the hairpin, but Vietoris managed to stay in front. Great start from Edoardo Mortara up to P4 after the first lap.

On lap 6, Mike Rockenfeller spun at the hairpin, pushed by Nico Müller from behind, Rockenfeller had to wait for everyone to go through before joining again. Ekström, by trying to overtake Vietoris, got offline and allowed Robert Wickens to pass him for second.

Meanwhile, Müller served a drive-through penalty after the contact with Rockenfeller. Augusto Farfus was head of a train from P10 to P20 as he did not have DRS, with a lot of overtakings behind him. While Farfus and Maximilian Götz were fighting, Adrien Tambay managed to benefit from this battle to take P11 to Götz. Gary Paffet was placed under investigation for overtaking under yellow flag.

At lap 22, Ekström while trying to overtake Wickens for P2 hit Vietoris at the hairpin. Wickens could not get going and parked at the hairpin, implying the safety car to be deployed. Ekström also had to retire. This implied that Mortara was leading the race under safety car from Green and Paul Di Resta. Vietoris was P6 under the safety car.

Mortara managed to have a good restart, Di Resta closed on Green. With 12 minutes to go, Bruno Spengler ran out of DRS while in P4. Meanwhile, Esteban Ocon retired to the box. Maxime Martin could overtake Vietoris for P6 while Tambay closed up on the German driver. With no more DRS, Spengler had been overtaken by Marco Wittman, losing P4.

With two minutes to go, no more than one second separate Mortara and Di Resta. Green kept putting pressure on his Audi teammate while defending from his fellow countryman at the same time.

Edoardo Mortara took his second win of the season and became the first double winner of this 2016 DTM season ahead of Jamie Green and Paul Di Resta. Wittmann, Spengler, Martin, Tambay, Götz, Da Costa and Vietoris completed the top 10. Mortara takes the lead of the championship while Wickens drops back to P5.