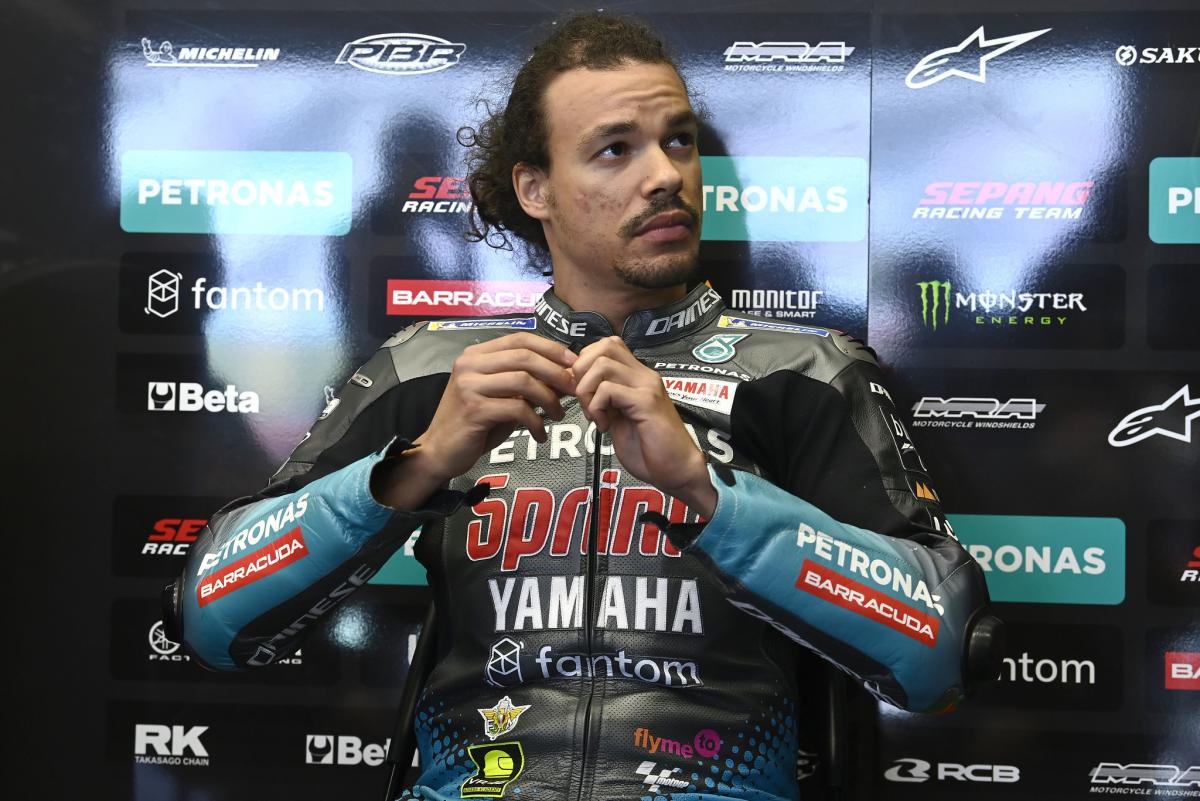 Franco Morbidelli will miss this weekend’s Assen MotoGP race after aggravating his knee injury in a fresh training incident.

A training incident at VR46 ranch injured Morbidelli’s knee earlier this month, which he has been carrying on with in the MotoGP races. He has had multiple falls in race weekends since then and the injury first came to light during Barcelona.

He had another fall at Sachsenring and subsequently one more during training ahead of this weekend’s Assen MotoGP race. The latest crash is enough to rule him out of this weekend’s race, leaving only Valentino Rossi as the rider for now.

“PETRONAS Yamaha Sepang Racing Team can confirm that Franco Morbidelli will miss this weekend’s DutchGP due to an injury to his left knee sustained in training today,” said a statement from Petronas SRT Yamaha.

“The injury is sufficient to mean Franco will miss this weekend’s event and he is undergoing medical assessment to determine the best course of action for recovery.  Petronas Yamaha Sepang Racing Team wishes Franky a speedy recovery.”

It adds more to Morbidelli in a difficult season, where he sits 11th in the standings with 40 points, well ahead of teammate Rossi, who is 19th with 17 points. At the current juncture, Petronas SRT has not announced any replacements for the Italian.

However, with Cal Crutchlow as their test rider, the Brit could make a return to MotoGP after retiring last year. Since the news of Morbidelli missing is already known on a Tuesday, Petronas SRT has enough time to ready the bike for the Brit for Friday.

UPDATE: Following the injury to Morbidelli, the Japanese manufacturer announced GRT Yamaha WorldSBK Team rider, Garrett Gerloff, as his replacement. The American will get another chance to finally make his MotoGP racing debut.

Last year, Gerloff was roped in to replace Rossi due to his COVID-19 hit, but the Italian made it back on time to start the race. The Japanese manufacturer noted that Pata Yamaha with Brixx WorldSBK’s Toprak Razgatlıoglu was another contender to ride.

But he turned down the offer to concentrate on his World Superbike challenge. “I’m excited for the opportunity ahead, I’m not someone who runs away from a challenge, so I’m ready to get to the track,” said Gerloff. “It’ll be a new circuit for me, I like trying new tracks, it looks fun, fast and flowing, and really suits my riding style.

“I’m looking forward to jumping on the Yamaha M1 again and twisting the throttle. We’ll see how things go, but I feel good and would like to thank Yamaha and the team for considering me. It won’t be easy, but I’m going to give it my best shot!”