Home In the Spotlight Morbidelli joins Yamaha for 2021 & beyond; Dovizioso at Petronas SRT 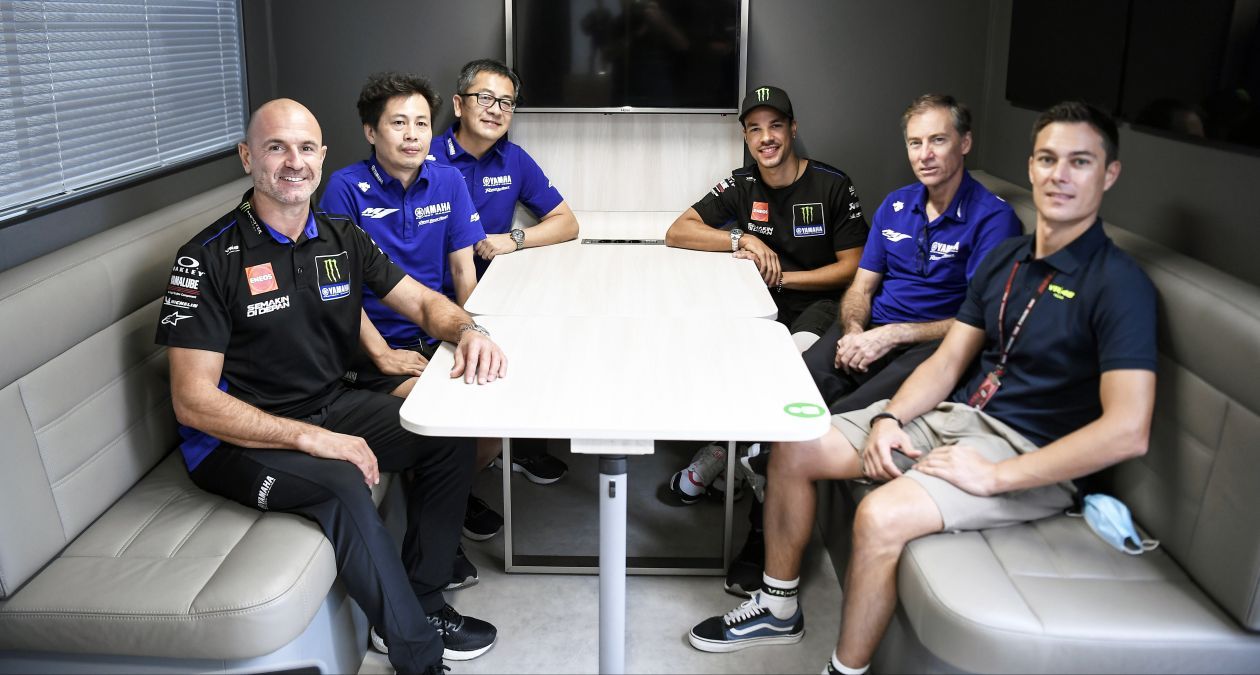 Franco Morbidelli is confirmed to join Yamaha for 2021 MotoGP season and beyond, as Andrea Dovizioso returns to join Petronas SRT.

After his surgery before the summer break, Morbidelli is making his return to MotoGP, but will not race for Petronas SRT. He has been confirmed to join the factory Yamaha outfit alongside his former teammate Fabio Quartararo from Misano onward.

The deal with Yamaha for Morbidelli is not just for 2021, but also 2022 and 2023 MotoGP seasons, which keeps him with the Japanese manufacturer for a long period. The Italian eventually replaces Aprilia-bound Maverick Vinales, and ends the long episode.

“I’m very pleased and happy about facing this weekend and this highly anticipated new chapter with the Factory Yamaha team,” said Morbidelli. “I’ve been trying to recover as much as possible for the final stage of this championship. I wanted to make my comeback at a track I know well and have great memories of, like Misano.

“I’m looking forward to jumping on the bike and starting my journey with the Monster Energy Yamaha MotoGP Team. Of course, I need and I want to thank all the people who made this happen, starting with Ito-san, Lin, Maio, Sumi-san, the VR46 Riders Academy, and all other people who made this collaboration possible.”

At the same time, Yamaha chief Lin Jarvis, stated: “First of all, we want to thank PETRONAS Yamaha SRT for allowing Franky to make his dream come true and letting him step up to the Factory team ahead of schedule. Originally, we had planned for Franky to move up from 2022 on, but following a sudden rider line-up change mid-season, we had the chance to let him upgrade early.

“Secondly, I want to give a warm welcome to Franky. He is an exceptional talent. This was even further highlighted last year when he secured second place in the championship and achieved five podiums and three wins on the satellite Yamaha. It shows the type of rider that he is: committed to extracting the best from the YZR-M1 under all circumstances.

“Naturally, we’re thrilled that Franky will be back in the paddock and that he is well enough to start racing again. He will have to find his form gradually, in line with his physical improvements, as he is still recovering. We will be using the remainder of 2021 to get him settled in the team and comfortable on the bike.

“We have already locked down our plans for 2022 and 2023, with Franky receiving full Factory backing from Yamaha Motor Company. We feel certain that a skilled, calm, and experienced rider like Franky will strengthen the Yamaha Factory Racing MotoGP Team and will enjoy great success in the future.”

Moving on to Dovizioso, the Italian makes his MotoGP return after leaving Ducati. He has since ridden the Aprilia bike in selected test, but the team taking Vinales onboard, he was left as a free agent and has taken up the Yamaha opportunity first up.

Dovizioso has a deal to race with Petronas SRT for 2021, but he has also signed a Yamaha satellite contract for the 2022 MotoGP season. With Petronas SRT leaving at the end of this year and a re-brand to happen for the existing team, the details of it is yet to be shared.

Upon making his return to MotoGP with Petronas SRT, Dovizioso, stated: “Although I didn’t expect to be back in MotoGP like this, I never closed the door on it and it’s good to be here with Yamaha and PETRONAS Yamaha SRT. I wanted to try to enjoy a new situation and I’m really happy to be back. It will be interesting to be on a completely different bike to that I rode before and I’m looking forward to the experience.

“I visited the team in Aragon and it felt almost like it was 2012 again and sitting on the Yamaha bike felt just as good. It was great to have a first sit on the bike and do the initial adjustments, so that we’re already one step ahead of FP1 here at Misano. I will need to get on track to understand the details and it would have been better to have had a test before jumping into a race, but I start with no pressure and it will be great to get going in Misano for the final five races of the season.”

At the same time, Razlan Razali, added: “We are absolutely thrilled with the collective decision between Yamaha and PETRONAS Yamaha SRT to welcome Andrea Dovizioso from this race onwards until the end of the year. Clearly he is an extremely talented and highly-regarded rider, and we’re excited to see him back in the MotoGP paddock after his sabbatical and wearing our colours. We’re delighted with the line-up of Dovi alongside Valentino, and that we have two home-race heroes at Misano this weekend.

“Of course, this is possible because Franky is moving to the factory team alongside his old team-mate Fabio, and we are absolutely delighted and excited for him. He has performed remarkably for us, especially last year as vice-Champion, and this progression is exactly the objective for an independent team – to develop riders for the factory team and to help them perform to the best of their ability.

“For the first time the line-up of the Yamaha factory team consists of two riders who have graduated from our team, and we are exceptionally proud of that. For me this is a clear sign of the stronger, deeper collaboration between us and Yamaha. We are always ready to support the factory, and I think that with this solution and flexibility we all see a clear benefit, so we’re very pleased, and of course thank Franky sincerely for all his hard work and wish him all the very best.”

Meanwhile, Yamaha chief Jarvis, added: “We are delighted that a MotoGP star and talent like Andrea is joining the Yamaha line-up. We warmly welcome him to the Yamaha MotoGP group as a very important member of our MotoGP programme. We have found ourselves in unprecedented circumstances this year that resulted in totally unexpected rider issues for both Yamaha teams.

“We experienced some unforeseen and unfortunate events, but we have been able to transform the problems into new opportunities. Andrea has been away from MotoGP for a short sabbatical, but we are certain that a rider of his calibre will soon find his speed again. We are really looking forward to working with him as a member of Yamaha’s satellite team, and we will be supporting him in every way we can.” 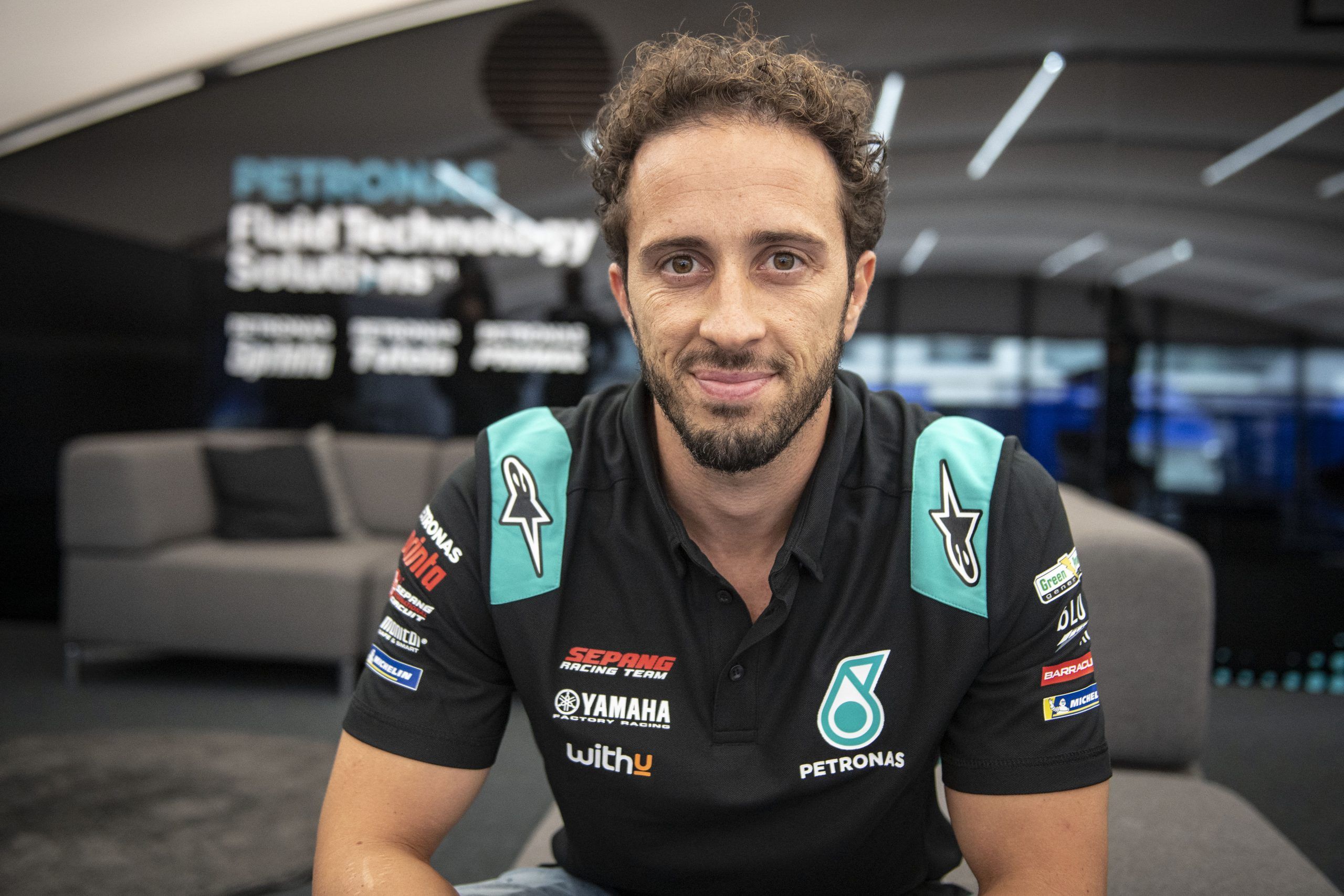