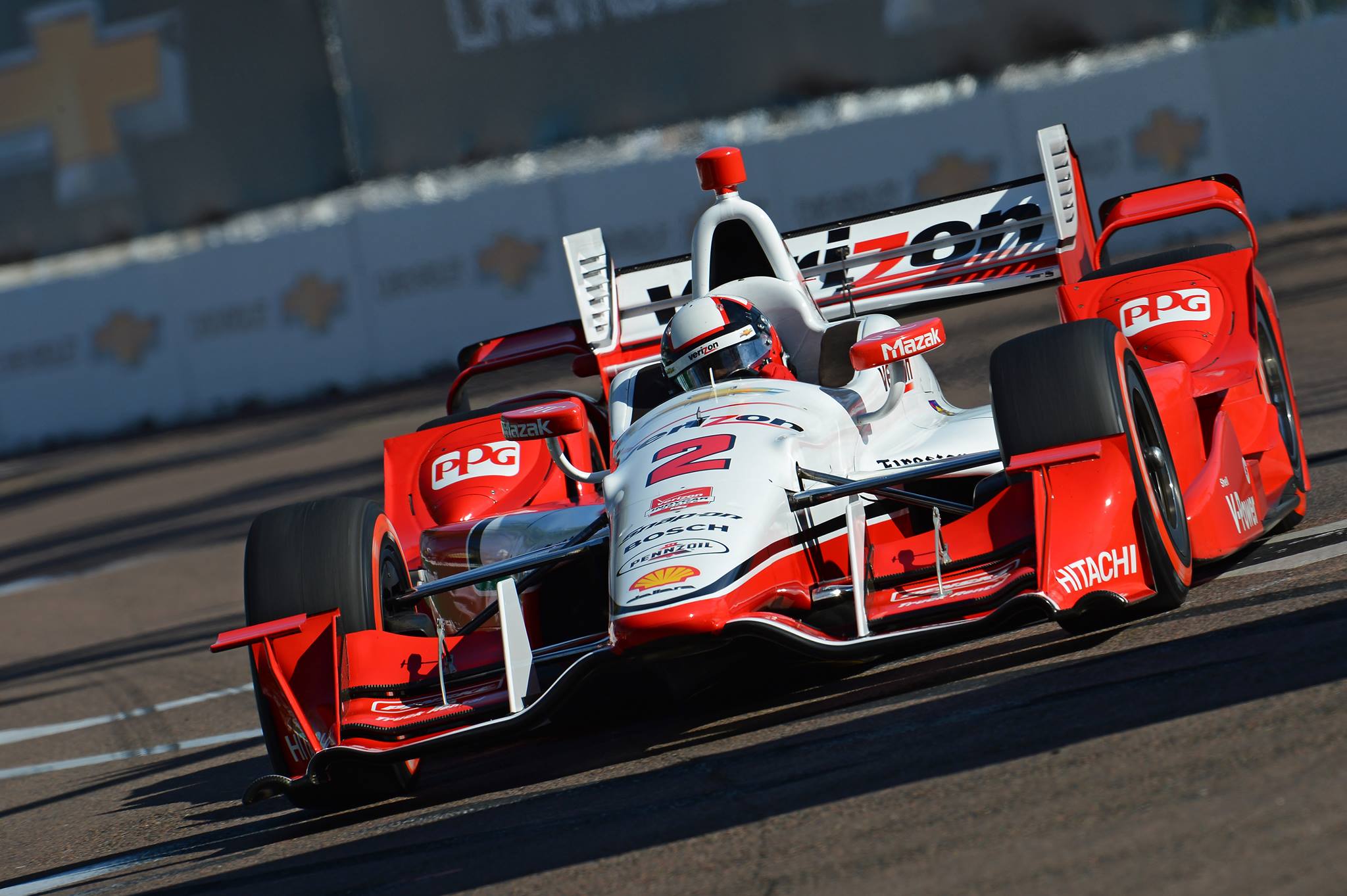 The Colombian Juan Pablo Montoya got the victory on the first race of the Verizon IndyCar Series 2015 season at the Saint Petersburg circuit. The Penske driver is the leader of the championship ahead of Will Power and Tony Kanaan.

The race started with the first two rows occupied by the Team Penske. At the start, Power (Team Penske) kept the lead, while his teammates drove in parallel to the first turn. Castroneves (Team Penske) was 2nd followed by Pagenaud (Team Penske). Ryan Hunter-Reay (Andretti Autosport) went wide in turn 1. Luca Filippi (CFH Racing) and Jack Hawksworth (A.J. Foyt Enterprises) had contact and broke their front wings, which brought a yellow flag and the pace car.

The pitstops started in lap 17. Hinchcliffe, Muñoz and Hunter-Reay were the first ones. Huertas (Dale Coyne Racing) had to retire after experiencing some problems in his Honda. More problems for the Andretti team, as Muñoz and De Silverstro (Andretti Autosport) crashed, which made the Colombian make a pitstop again. Dixon had problems in his pitstop which made him lose a lap. Pagenaud was the last diver stopping.

In lap 30, after another yellow flag period, Power was first followed by Castroneves, Hawksworth, Pagenaud and Montoya. The teams had problems with the front wings manufacturing and all the broken parts will cost them a lot of money. Sato had to use one of the front wings of the Dale Coyne team. Marco Andretti (Andretti Autosport) and Gabby Chaves (Bryan Herta Autosport) crashed and provoked another yellow flag.

Green flag in lap 37 and the Top 8 was dominated by Chevrolet. The peace ended after 10 laps when De Silvestro had a collision with James Jakes (Schmidt Peterson Motorsport) in the last turn.  Kassan and Pagenaud also collided and caused the fifth yellow flag of the day.

The Penskes of Montoya and Power were fighting for the lead, far from the others. Hawksworth overtook Karam and Kanaan got Castroneves’ 3rd place, as he was saving fuel. After the third stop, Montoya was ahead of Power, while Pagenaud got closer to Bourdais and overtook him on the outside.

Power was right behind Montoya 15 laps before the end. He tried to overtake him but didn’t succeed and, moreover, damaged his front wing. This didn’t make him retire from the race, but his pace didn’t allow him to get the Colombian again. Simona de Silvestro crashed again, this time against Kimball, ending his race.

Victory for Juan Pablo Montoya, the first of the season. He’s leading the championship 7 points ahead of Power and Kanaan, who completed the podium. Chevrolet has dominated the first 6 positions, 4 of which were Penske. Next race will take place in the new NOLA Motorsports Park, in the New Orleans Grand Prix.