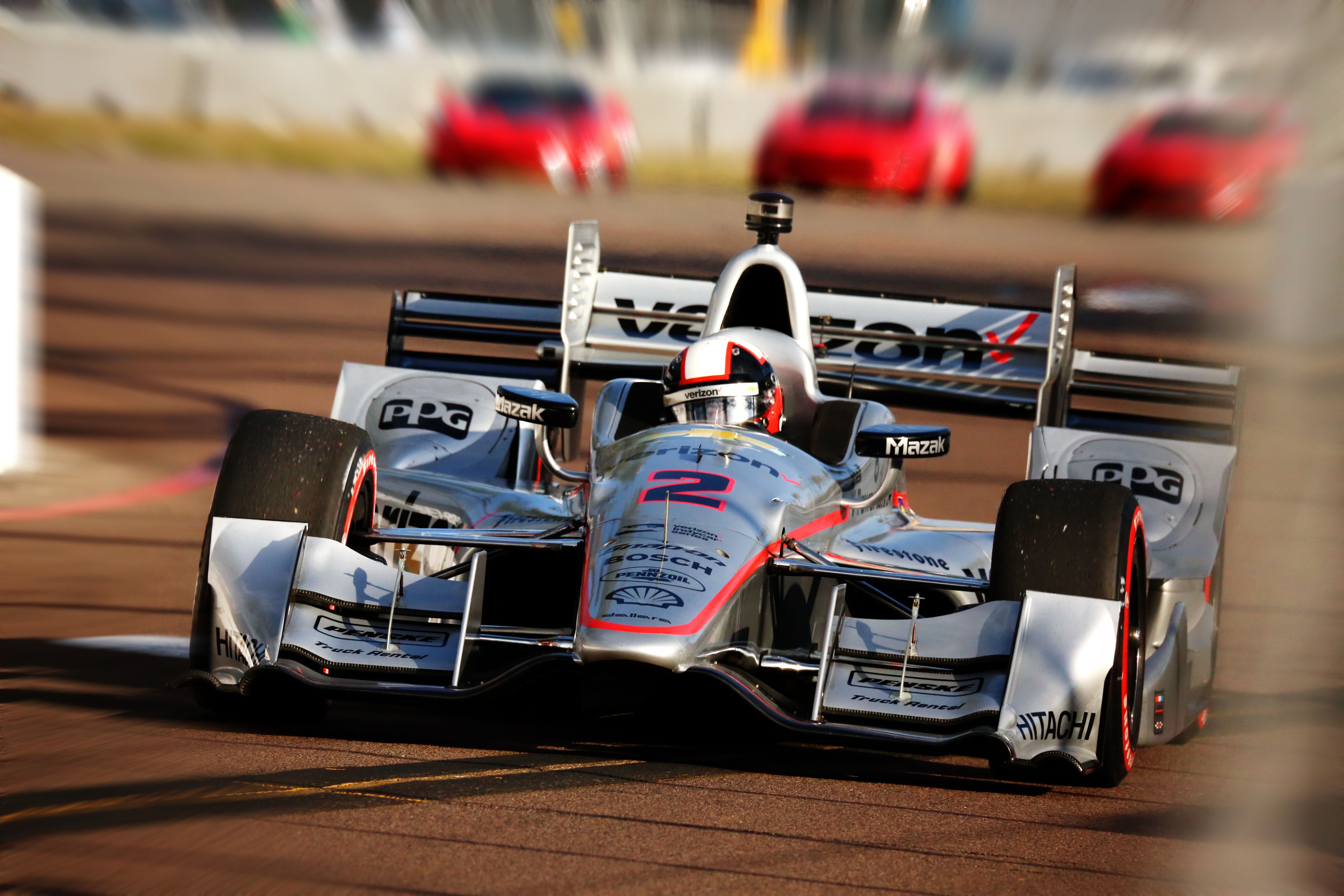 Juan Pablo Montoya has win the inaugural Grand Prix of the year in Saint Petersburg, Florida. The Colombian had to battle with team mate, Simon Pagenaud –second, to win the race. Ryan Hunter-Reay finished between the Penske’s in third place.

The Verizon IndyCar 2016 season started with Simon Pagenaud from first spot and not Will Power who due to an stomach illness, He couldn’t join the race. He was replaces by Catalan Oriol Servia in the Penske #12.

Pagenaud was one of the latest to pit at lap 23, a great pace from the Frenchman who led the way in front of Juan Pablo Montoya, who cut the gap from 5 to 2 seconds, then in third position was Dixon (Chip Ganassi Racing) as Luca Filippi (Dale Coyne Racing) managed to comeback to fifth place, just behind team mate Connor Daly.

The American after 27 laps with soft tyres put a new set of those. It was one of the many different strategies but the preferred strategy was Red-Black-Black-Red. Meanwhile, Josef Newgarden (Ed Carpenter Racing) retired from the race due to mechanical issues.

The yellows and their problems

After 46 lap with any caution, everyone was trying to overtake Luca FIlippi for fourth position, in the first corner Hunter-Reay (Andretti Autosport) did a manoeuvre over him and his teammate Marco Andretti (Andretti Autosport) has also tried but he made contact with the Italian and ruined his race to last position, causing the first yellow flag of the season.

Many drivers did they second stop on lap 48, Pagenaud left the pit stop in front of Montoya and Dixon, as Daly –who stopped early, took the lead of the race. Andretti and Hinchcliffe (Schmidt Peterson Motorsports) –who had a puncture in the first lap of the race, managed to back into the lead race.

Ten laps were enough to clean the track and back to racing, but Andretti was again into trouble. The American stole the car when another yellow appeared due to debris in the track. Those debris were from rookie Spencer Pigot (Rahal Letterman Lanigan Racing) who had to stop in the pits to change the front wing.

On lap 56 the green flag returned with Daly and Kanaan battling side-by-side and was no contact but, behind them yes it was. Rahal (Rahal Letterman Lanigan Racing) didn’t give enough room to Muñoz (Andretti Autosport) to pass and he cause a 7 cars obstruction. The Colombian anyway received a penalty for “an avoidable contact”.

As we usually say “yellows brings yellows” and that’s what happened this time. Some drivers pit in like Kanaan (Chip Ganassi Racing), Rahal or Servià (Team Penske). Prior to the accident, Montoya managed to overtook Pagenaud for second place, and Castroneves did the same in a risky move on Hunter-Reay.

The green flag back 12 laps later and Montoya rapidly made a move on Daly to take the lead of the race for first time. They were ahead of Pagenaud third, Dixon fourth, Castroneves fifth, Hunter-Reay sixth and Mikhail Aleshin (Schmidt Peterson Motorsports) seventh –who was the driver who gain more position after the 7 cars strike, and also his tyre care helped him to up to this position.

One lap later Castroneves with soft compound overtook Dixon for fourth position. The Kiwi stopped theoretically for last time on lap 72 of 110. A 30 seconds stop which was in order to figure out the refrigeration problems he got.

On lap 81, the last pit stops window started, Daly put the hard tyres for first time today as he did some aero adjustments as well. One lap later was Castroneves, and then were Montoya and Pagenaud who left the pits pretty close to his team mate.

The race was going to an end with a solid gap of Montoya over Pagenaud, Castroneves was third ahead of Honda’s of Hunter-Reay, Aleshin and Takuma Sato (A.J. Foyt Enterprises) – who made a late pit stop that helps him reach the sixth place.

But is J.P. who starts the season in front of the championship like 2015, Pagenaud finishes in second place as Hunter-Reay completes the podium. The top 10 is completed by: Castroneves, Aleshin, Sato, Dixon, Muñoz, Kanaan and Kimball who lost the car control at last corner.