Home F1 Monaco GP: Leclerc crashes out but takes pole as Hamilton is only... 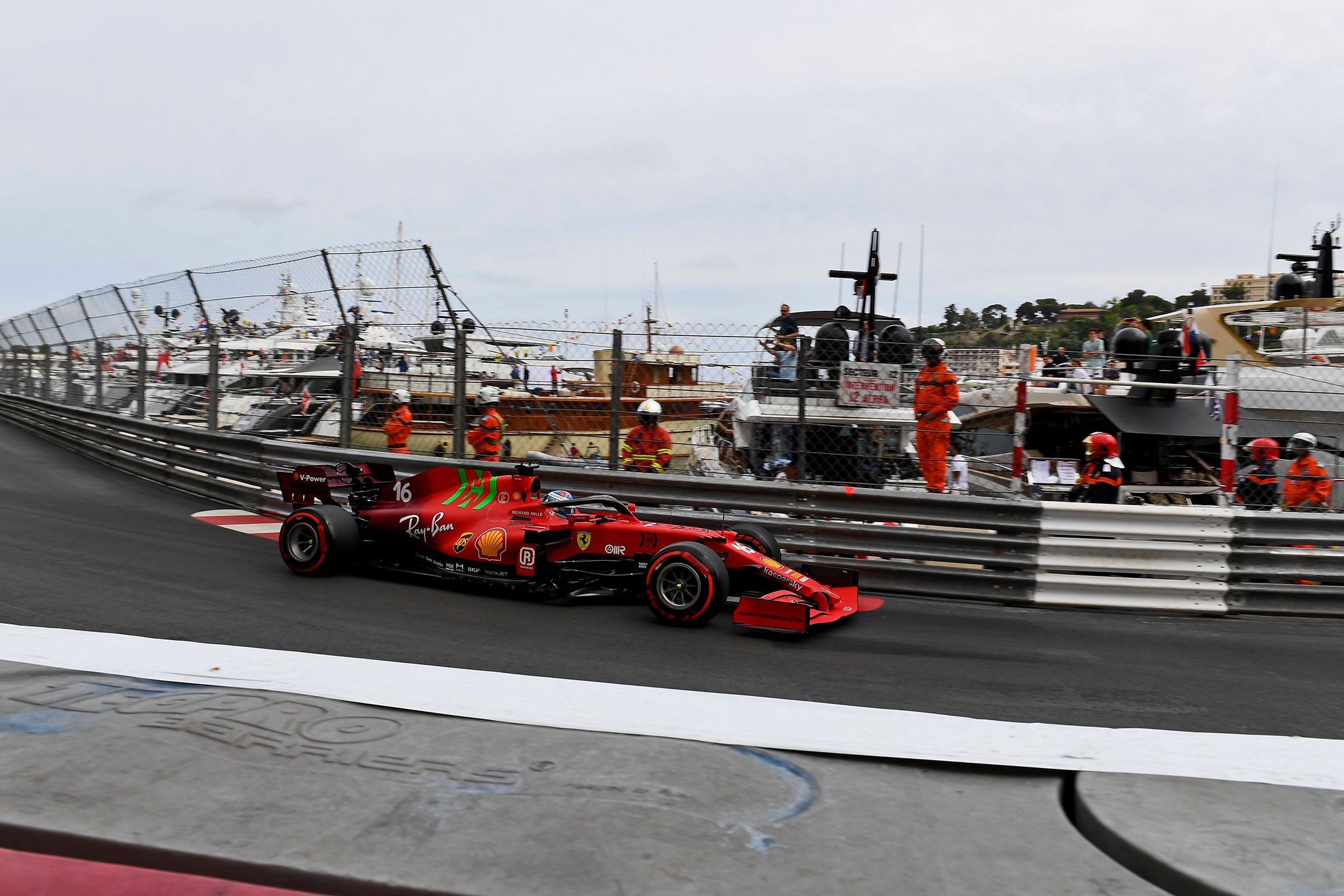 The first part in F1 Monaco GP qualifying started without Haas’ Mick Schumacher, whose late crash in FP3 damaged the car beyond repair for qualifying. Most of the drivers in the first part were fueled up more for multiple laps on the improving circuit.

As mentioned above, no one tried the medium compound, which meant, everyone in the Top 10 would be starting on the soft tyres. Missing out was Alpine’s Esteban Ocon (1m11.486s) in 11th by just the 0.077s as Alfa Romeo’s Antonio Giovinazzi made it in.

The first Q3 run in F1 Monaco GP qualifying had Leclerc with provisional pole, having set a 1m10.346s, from Verstappen and Bottas, where Mercedes’ Lewis Hamilton was only seventh due to a lock-up in the final corner, while Sergio Perez was ninth.

It was an anti-climax to F1 Monaco GP qualifying as Ferrari’s Leclerc binned it at the Swimming Pool section after a brush with the barrier, but his first lap was enough to keep him on pole from Verstappen (1m10.576s) and Bottas (1m10.601s).

UPDATE: After initial checks on Saturday and subsequent one on Sunday, Ferrari noted no trouble with Leclerc’s gearbox. Therefore, the Monegasque, will keep his pole position and the order will remain the same as after the qualifying.

“Following further in depth checks this morning, no apparent defects were found on Charles Leclerc’s gearbox, therefore the Monegasque driver will start today’s race from pole position, as per the qualifying result,” stated Ferrari.