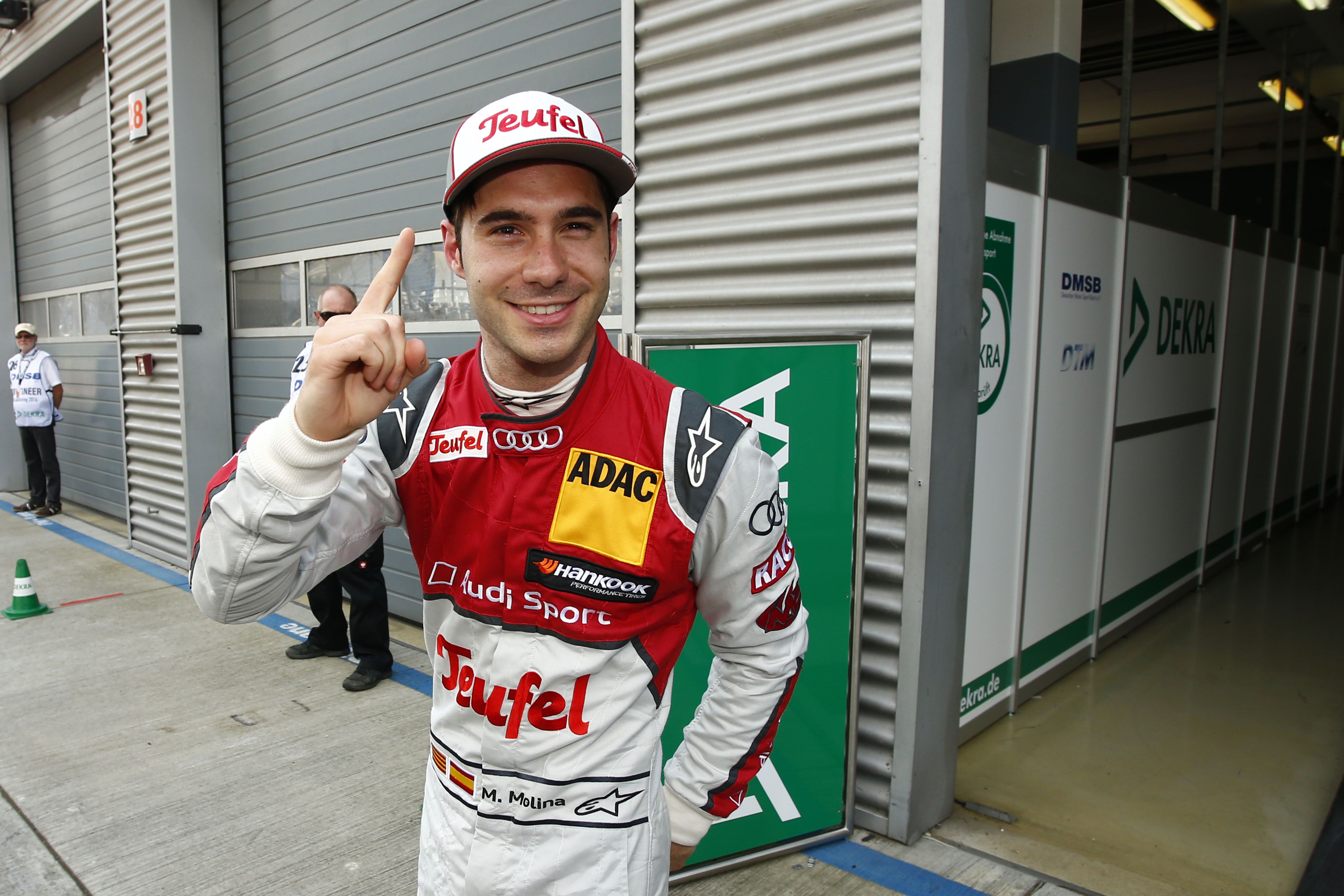 Miguel Molina, after being overtaken at the start, managed to eventually win the first race at Lausitzring, being the 5th different winner in DTM this year out of 5 races. Jamie Green came second for an Audi 1-2 and Marco Wittmann finished third.

Miguel Molina started on pole ahead of Jamie Green and Marco Wittmann. Good start from Green who overtook Molina after turn 2 while Wittmann was down to fourth after being overtaken by Robert Wickens. Unlike in ADAC F4 earlier on, the first lap was clear and neat. At lap three, Wickens and Adrien Tambay were indicated under investigation for forcing another driver out of the track, the Frenchman getting a black and white flag for that.

At lap 5, Esteban Ocon and Martin Tomczyk touched and spun together, the latter slowly making his way to the pits, not being able to continue. Meanwhile, Molina caught up on Green, both drivers pulling away from Wickens until the Spaniard made the move on the British driver. Ocon got a drive through penalty for his contact with Tomczyk.

After being overtaken by Molina, Green could build a gap to Wickens but also lost contact with Molina after slipping away from the DRS window. Meanwhile, in the field, Edoardo Mortara made his way into the points, overtaking Timo Glock.

Halfway through the race, Molina built a 2.6s gap to Green who had a 1.1s gap to Wickens, still defending from Wittmann. But with seventeen minutes to go, Wittmann ran out of DRS and pulled off from Wickens, which allowed Lucas Auer to have some looks at Wittmann before losing DRS with nine minutes to go which allowed Christian Vietoris and Mattias Ekström to overtake the Austrian driver. The situation would not change until the chequered flag.

Miguel Molina scores his first win in DTM of the season, his second in career ahead of Jamie Green for an Audi 1-2 and Robert Wickens, best Mercedes. Wittmann, Vietoris, Eström, Auer, Mortara, Martin -who keeps scoring at every race this season- and Müller complete the top 10. In the standings, Marco Wittmann takes the lead from Paul Di Resta.