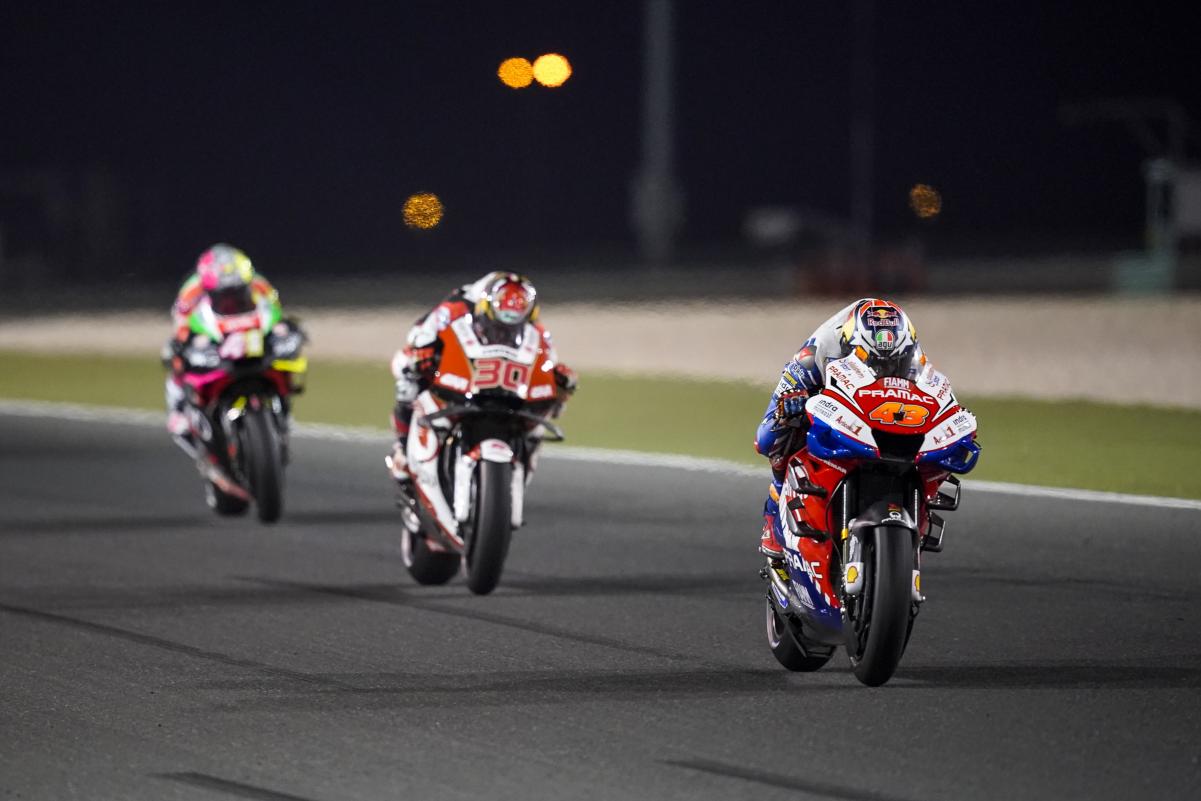 The Pramac Ducati riders had a dismal start to their 2019 MotoGP campaign in Qatar with both Jack Miller and Francesco Bagnaia forced to retire from the race.

Miller made a dream start in Qatar GP abode the Desmosedici GP19 as he battled Ducati’s Andrea Dovizioso, Honda’s Marc Marquez and LCR Honda’s Cal Crutchlow in the top half of the grid under the floodlights at Losail International Circuit.

His journey was short-lived though when a bizarre incident hampered his progress. As he battled for podium positions, his seat loosened on Lap 2. He was forced to get up and throw away his seat on the middle of the circuit – rather dangerously.

By that time, he plummeted down the order already. He continued his fight around the Top 10 but soon realised that he will not be able to complete the race which he will end up in crashing and so he took the option to retire on Lap 13 eventually.

“I was going through the fast sequence of the right-handers, the first one was good, the second one I almost fell off the inside of the bike because the seat broke and then I felt the seat clip back in as it is fitted. I thought it was OK.

“But then at the next corner, bang it fell off again. So, I made it through the next left-hander and looked down to see that the seat was twisted. I grabbed it and threw it [away] but essentially once the paint and seat had been ripped off, the carbon itself is like ice and our arses have got no grip on them.

“I was trying to manage it as best I could, trying to stay with the guys, but by the time I threw the seat off, I was outside the Top 10. In the end, when Nakagami and Aleix got back past me, I decided to pull in which was the safer option because I was probably going to crash.

“I am happy anyway as it was still a solid weekend and I felt I could really fight for the podium and we were showing that until the seat fell off. Even when the seat fell off, I was on a bike that wasn’t handling but I was still able to stay with the front group.

“I think it shows we have good speed.” Miller wanted to continue on but the lean angles was severely disrupted especially in the corners which did not help with the riding as he started to not only lose pace but also places.

The investigation will be carried on by the team to ascertain why the seat came off in the race when they had already completed the whole practice and qualifying. The day for the Italian outfit got worse when rookie Bagnaia had to pull in as well at a similar time.

The 2018 Moto2 champion was running around the Top 10 when he went straight on at Turn 1 before deciding to retire. It looked like a mechanical issue but the Italian later on revealed that he was hit by Petrucci at the start where he lost his right wing.

The team called it an ‘unfortunate hit’ by its former rider, while Bagnaia labelled it as an aggressive move on the part of his fellow countryman. “I got off to a good start taking a line that allowed me to gain positions,” said Bagnaia.

“In the first corner, however, there was a very aggressive overtaking on Petrucci who touched me breaking the right wing. I tried but it was impossible to continue. It was a good weekend in which we worked well and the first laps were important to understand how the others ride.”