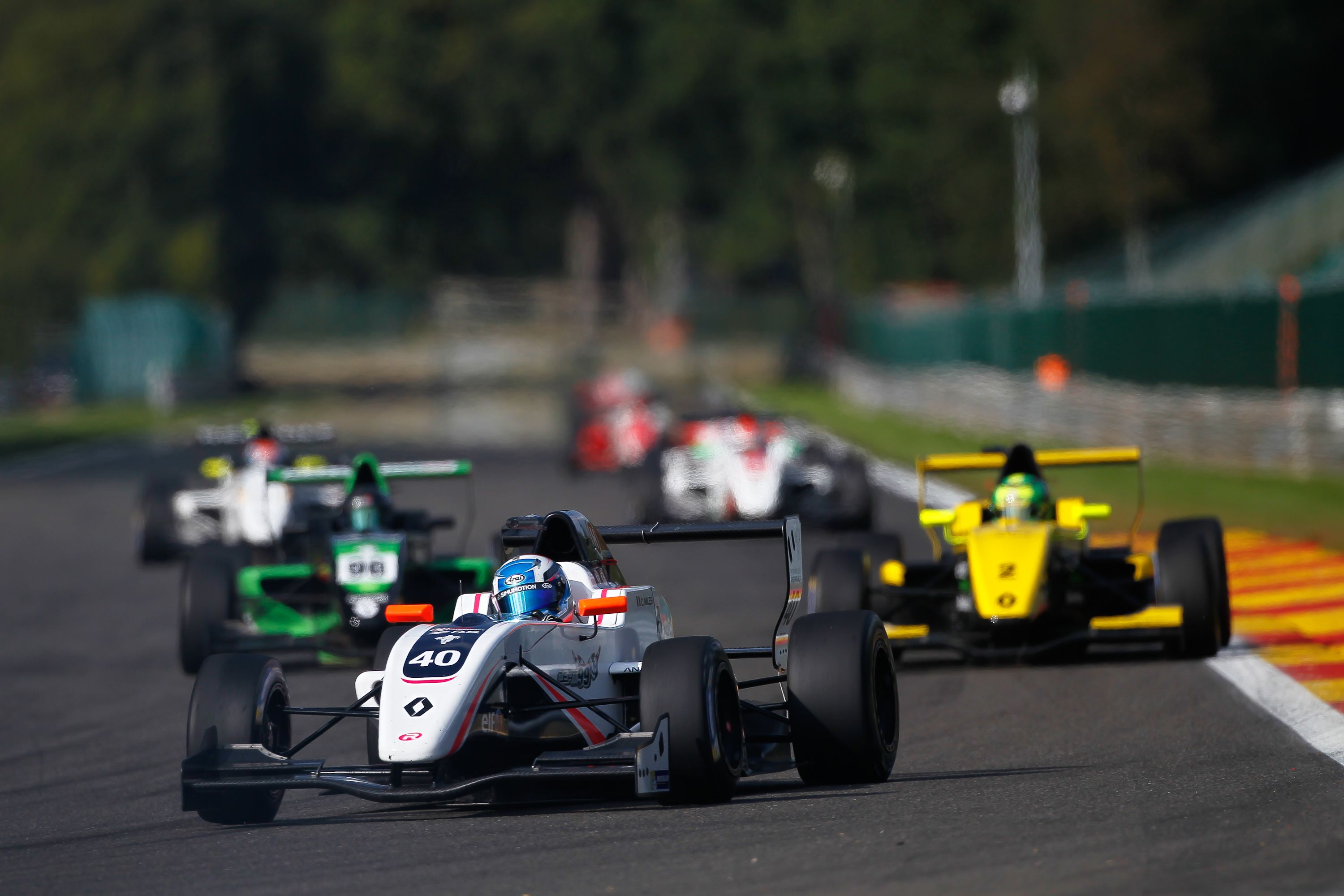 His teammates Michael Benyahia and Théo Coicaud completed the podium to secure a 1-2-3 finish for the French outfit for the second race in succession, and the first podium of Coicaud’s NEC career.

Race one winner Gilles Magnus initially held his advantage from pole position, but span and hit the barrier at the top of Eau Rogue and was taken to a nearby hospital for precautionary checks.

Milesi inherited the lead from his teammate, but locked up his brakes into La Source hairpin on the safety car restart and went straight on.

That handed the advantage to BM Racing Team’s Bartek Mirecki, but his shot at a first victory of the season was scuppered after gearbox gremlins restricted his pace.

An improved turn of pace from Milesi in the second half of the race allowed him to reclaim the lead, before Mirecki’s mechanical maladies left him fourth as both Benyahia and Coicaud found a way past.

That proved to be the finishing order, handing Milesi and Benyahia another strong points haul that throws the duo into the mix for championship honours.

Both will look to seize the advantage during the final Formula Renault NEC race of the weekend at Spa, scheduled for 11:00 tomorrow.

Remember the race can be live-streamed via Renault Sports Series’ official Facebook and YouTube channels, with live updates also available via the NEC’s Twitter page (@FRNECUP).

Charles Milesi
“I made a good start but after Gilles crashed I made a mistake on the restart at the first chicane and locked up, so I went straight on and lost about four or five positions. Afterwards I just overtook each car and I had a pretty good rhythm. I’m very happy to take my first win in the NEC, I hope we’ll have a good third race tomorrow and get some good results at the Hockenheim finale as well.”

Michael Benyahia
“Consistent podiums are good for me because I’m trying to win the championship. The car felt better too, it was much nicer and easier in these conditions. I didn’t really have a great start and lost some positions, which was my fault. I was having some trouble with the car at the beginning of the session so I lost one position, then I started to take positions back and it just continued from there. I could have done much better but it was really my fault because of the start.”

Théo Coicaud
“The beginning of the race was quite difficult, but then there were a lot of fights in front of me. I was able to overtake the guys who made some mistakes so it was a good race and a good fight. The conditions were really better than this morning but there was a lot of understeer because of the weather and the guys in front of me, but the car was good!”