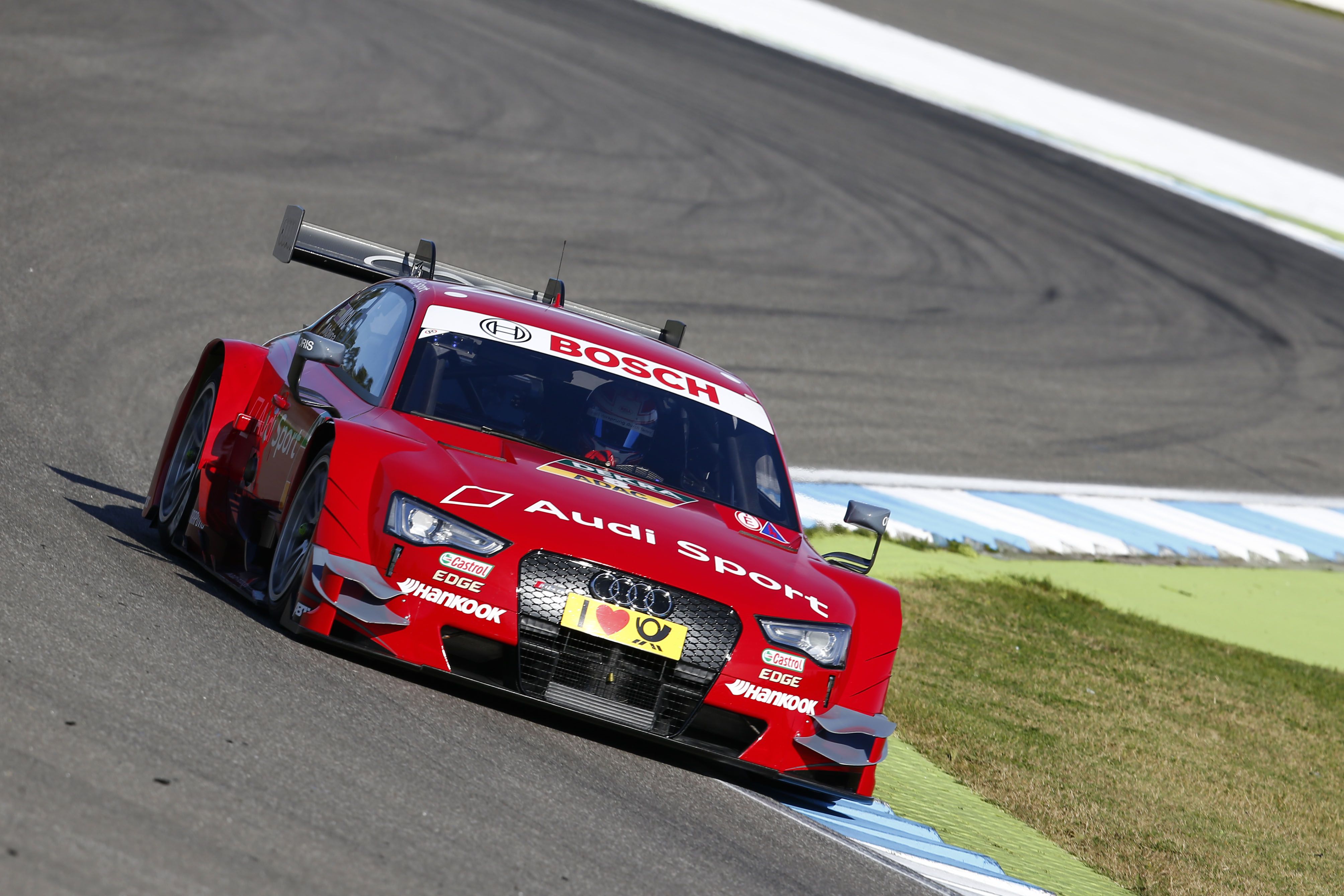 The battle for the DTM manufacturers title goes into the final and decisive round. In qualifying for the season finale, Miguel Molina (Audi RS 5 DTM) secured pole position. Mattias Ekström and Edoardo Mortara underlined the strong performance by the brand from Ingolstadt by qualiying in second and third place respectively. Thus, Audi has good chances to topple BMW from the lead in the manufacturers’ standings. “I am overjoyed. The entire team worked so hard in the past months. I hope that everything fits together during the race. After a difficult season, I finally want to score my maiden race win in the DTM,” a buoyant pole sitter Molina said. Prior to the final round at the Hockenheimring Baden-Württemberg, BMW is leading Audi by 382 to 341 points.

Behind the trio of Audi drivers, BMW’s Augusto Farfus ended up fourth in qualifying. The Brazilian was the only driver of a BMW M4 DTM to make it into the third and final qualifying heat. “Fourth place is making me feel well,” the 31-year-old commented. “The season hasn’t been always easy for me. Even in practice, things didn’t go really well here, but then we made some changes on the car. As a result, I am now quite far up the ranks. It would be great if I can end the season with a good result.”

Pascal Wehrlein was the spearhead for Mercedes-Benz in qualifying. With a lap time of 1:33.483 minutes, the German was classified sixth in his DTM Mercedes AMG C-Coupé. “This is a good position for me to start from. It is not quite where we want to be yet, but as we all know, anything can happen during the race,” the youngster said. His fellow Mercedes-Benz driver Christian Vietoris had a major setback. The German, third in the drivers’ standings, only ended up 22nd and thus only has theoretical chances of claiming runner-up spot in the championship.

The tenth and final round of the season will start on Sunday at 14.00hrs.