Home F1 Miami GP: Leclerc takes pole in a Ferrari 1-2 with Verstappen in... 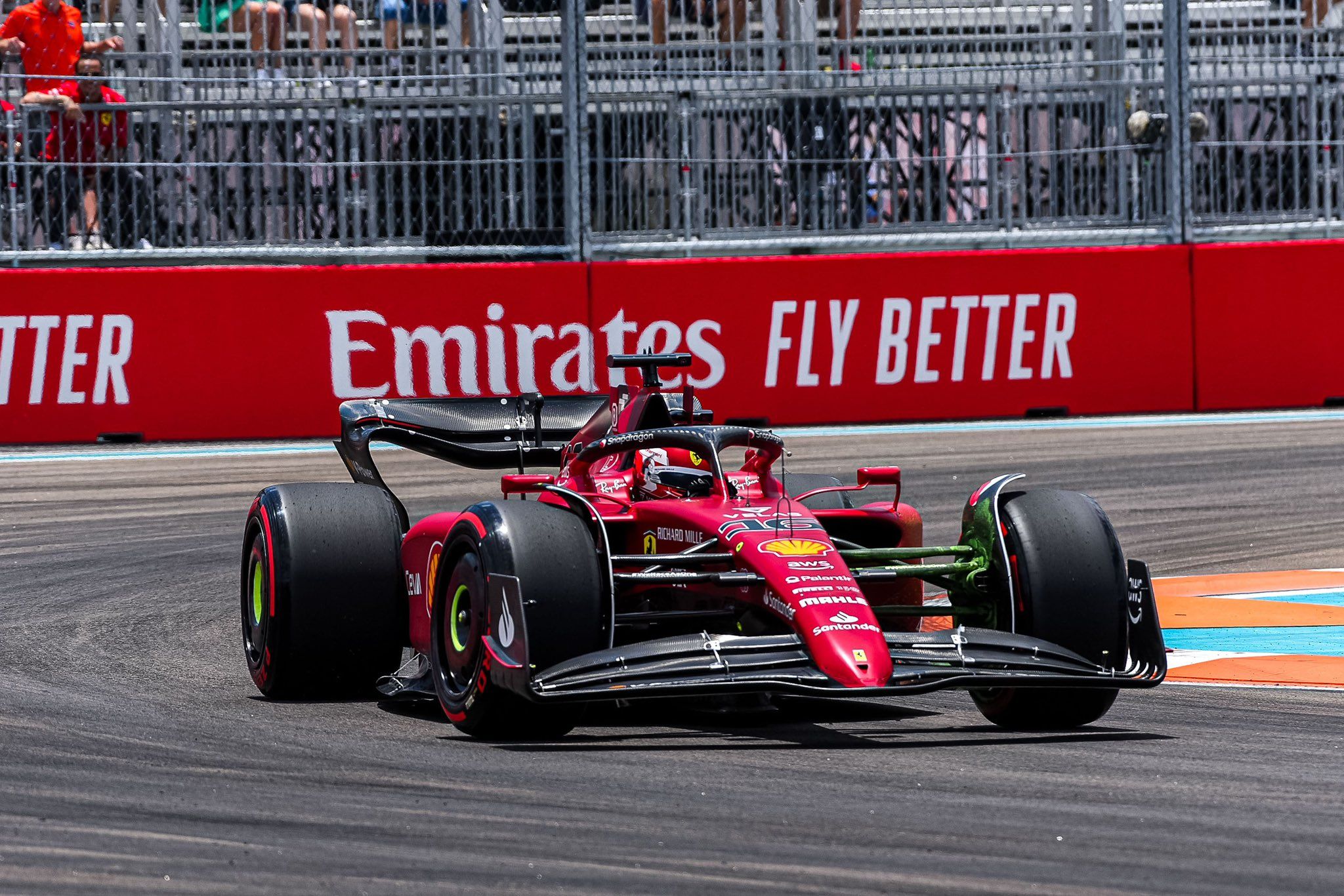 Even before the start of F1 Miami GP qualifying, Alpine’s Esteban Ocon was out of it with the team needing to change his chassis. The session was mostly smooth but traffic derailed the laps of several laps including Alfa Romeo’s Guanyu Zhou.

The second part in F1 Miami GP qualifying was a close finish especially in the knockout zone with everyone from 10th to 13th, they were separated by only 0.086s. AlphaTauri’s Pierre Gasly made it in the Top 10 where Alpine’s Fernando Alonso was 11th.

Alonso, meanwhile, complained of impeding by Ferrari’s Carlos Sainz, but the FIA stewards took it as a no further action. Behind the trio, McLaren’s Daniel Ricciardo (1m30.310s) ended up in 14th from Haas’ Mick Schumacher (1m30.423s).

The second run saw a change in the order with Leclerc taking pole in first-ever F1 Miami GP after setting a 1m28.796s lap on his final attempt as he led a Ferrari 1-2 with Sainz (1m28.986s) slotting in second pushing Verstappen to third.