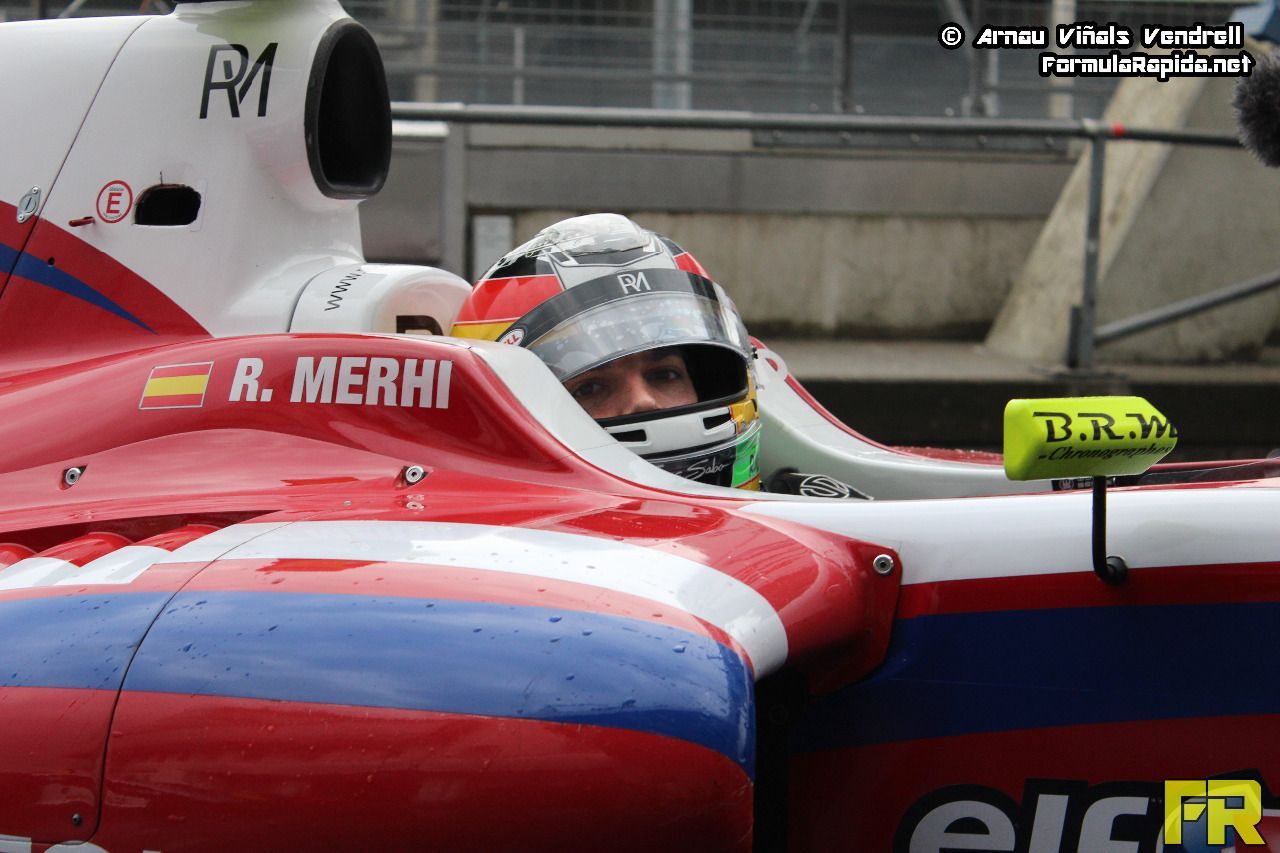 Roberto Merhi made a new pole position this Formula Renault 3.5 Series season in Nürburgring, Germany, where the driver from Castelló demonstrated having a complete dominane over his rivals over adverse conditions. Tunjo completes the first row of the rid while Sainz Jr will start third.

Track was humid but there was a dry lane in Nürburgring, so divers did not doubt when having to exit start with wet tyres. But leaving the good line was dangerous, that was the reason why Carlos Sainz ran wide on the first minutes of the session.

Sainz would dominate the session along with Merhi, despite that Zeta Corse driver would achieve a better dominance.

With Merhi, Sainz and both Fortec pushing in the first places, at mid session we arrived with Merhi as leader, followed by Sainz, Nato, Sirotkin and Rowland.

Drivers took profit to change tyres and make the last try of a fast lap, the same as Gasly but Red Bull Junior Team driver made a setup change to improve his times, but it would be useless.

Sainz would come for all and he could improve his time with a first place, despite Sirotkin took his position and maintained it until almost the end of the session, when Vaxivière surprised with a first place in his comeback, and improing seven tenths Sirotkin’s time.

Chequered flag was about to arrive and Sainz imporoved Occitan’s time, who would end the qualifying in fifth place. Merhi would make the pole with a young Oscar Tunjo in second place, third Sainz followed by Rowland and Vaxivière.