Home More Series Formula V8 3.5 Merhi in a class of his own at Hungaroring 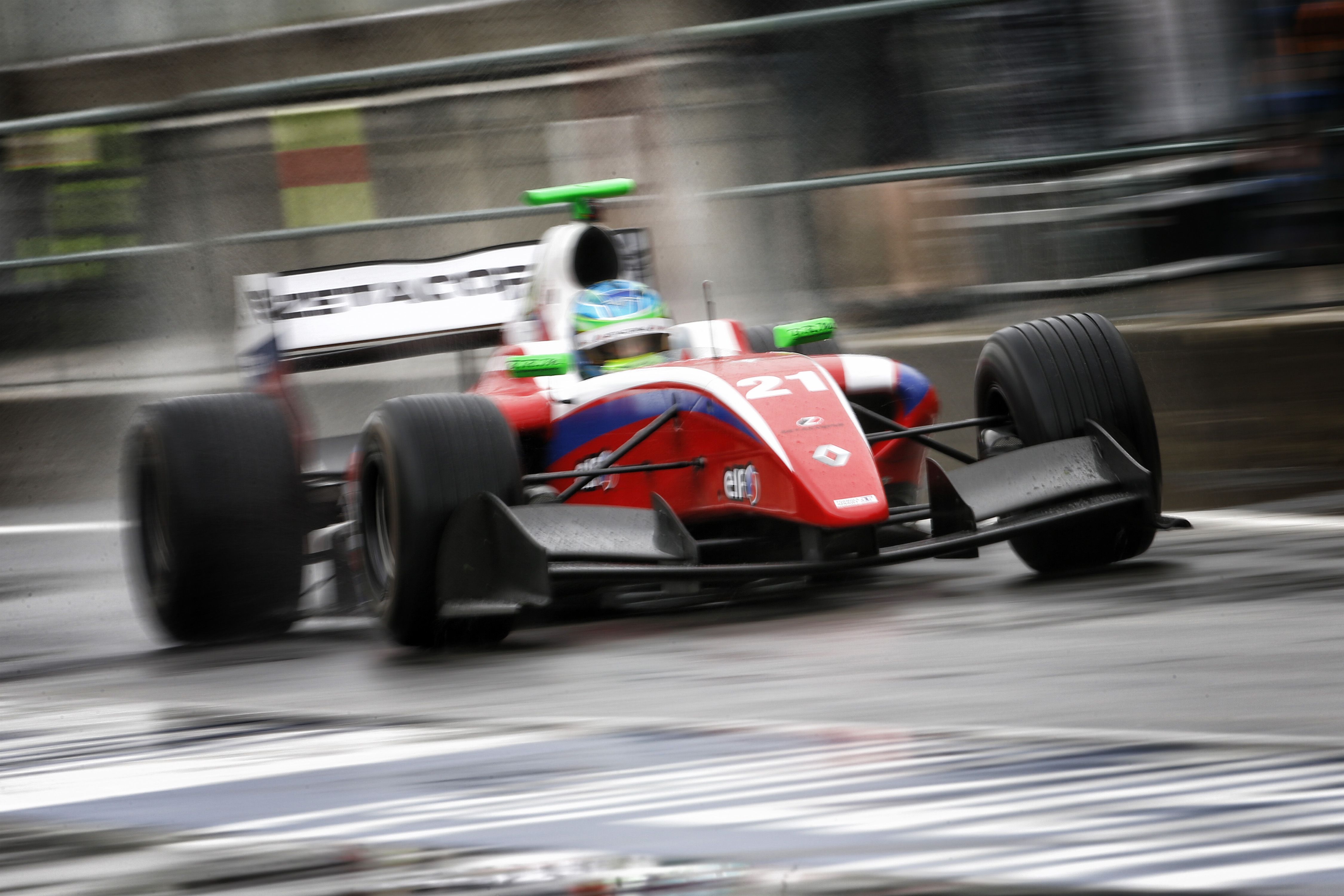 Roberto Merhi scored his third win in the Formula Renault 3.5 Series this season. The Zeta Corse driver cut the distance in the drivers’ standings after made an incredible comeback from seventh place of the grid. Pierre Gasly (Arden Motorsport) and pole sitter, Oliver Rowland (Fortec Motorsport) completed the podium after a battle in the last corner in the last lap of the race between the Frenchman and the British drivers.

Oliver Rowland did a perfect start in a wet conditions as Merhi up to second place followed by Pierre Gasly and Will Stevens. Rowland and Merhi had escaped from Gasly early on, and after a mistake by Rowland at turn 1, Merhi overtook the Racing Steps Foundation driver and became untouchable until the end of the race.

Championship leader, Carlos Sainz even start from fourth-teen place in the grid, He comeback to seventh place on opening lap. Then he overtook easily Marco Sørensen, Matthieu Vaxivière and Will Stevens. He cached Gasly to fight for the podium but his pace wasn’t enough.

Matthieu Vaxivière made sure to finish on top5 after overtook Will Stevens at the final laps of the Saturday Race.