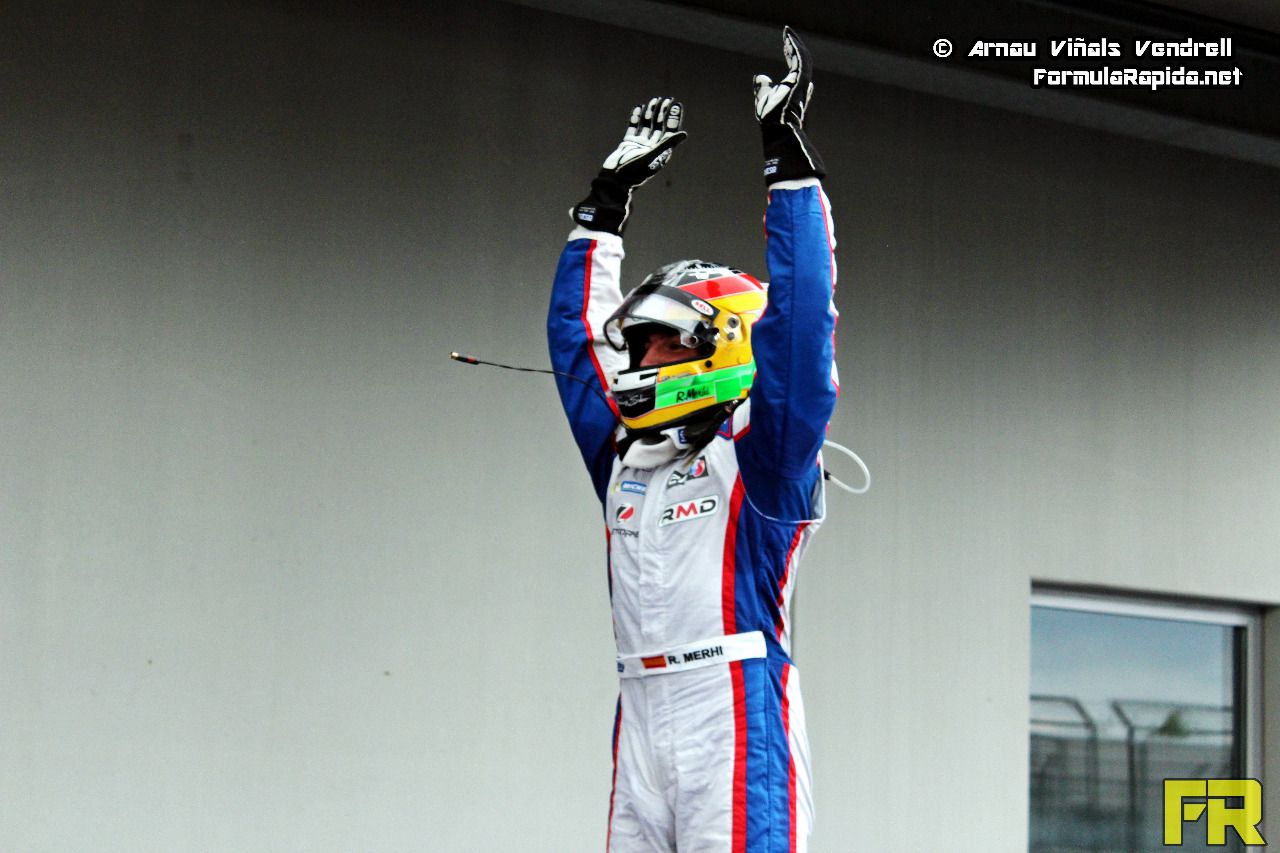 Share
Facebook
Twitter
WhatsApp
Linkedin
ReddIt
Telegram
Roberto Merhi has impeccably won the second race at Nürburgring whilst Carlos Sainz and Oliver Rowland has abandoned in a first corner incident. With the eighth Pierre Gasly placed second in the championship and is positioned as main rival Carlos Sainz Jr. and Marlon Stockinger Matthieu Vaxivière completed the podium.
In a rough start, Merhi was enduring his position and Sainz was done with the second. Tunjo had a poor start, placed fourth. In an attempt of Rowland to catch differentway from Merhi while Sainz was very close to the interior, the English touched the back wheel of the championship leader, raising it a few inches and leaving it in the gravel, forcing him to leave. Rowland, as a result of touch would also be forced to retire.
Before finishing the first round, a number of incidents in the second and eighth curve caused the abandonment of Tunjo, Visser, Van Buuren and Laine. The safety car came out to neutralize the race leaving Vaxivière and Stockinger on the podium, with Gasly in tenth position after dodging all incidents and advancing successfully.
Restarting the race, Merhi and Vaxivière escaped and Stevens, Gasly and Sørensen made ??his stop in box in an attempt to save after a bad position. Sirotkin and Nato would do it in the eighth lap, coming just ahead of the first drivers to make the stop. Their strategy seemed to have worked. Stockinger would stop on the next lap to be ahead of Sirotkin, try to be on podium. Behind the Russian driver came Amberg and Fantin.
The two drivers would stop leading the race at the eleventh lap, rejoining in the lead to five seconds of third place. With 12 minutes left, dark clouds covered the track and Vaxivière said there was rain in the second sector.
From the corner position, Amberg pressed Sirotkin, who nailed the brakes at the end of the back straight and the Swiss driver would try at the first corner without success. Good defense from the Russian. Behind Amberg came Fantin, who had a good run but should leave presumably due to mechanical problems.
As we head into the last lap, Merhi and Vaxiviére were getting away at an impressive rate while Stockinger had trouble keeping the tires, although four seconds away of Sirotkin.
Said and done, Roberto Merhi was getting another victory after the great performance this morning, having been steady and making a good start. Also constant and always at the neck of the leader, Vaxivière Matthieu, who after returning from injury in Monaco has shown a very good pace and brought home a deserved podium.
If Merhi said yesterday that it would be a great role to make a second place in the championship, with dropouts of Rowland, Sainz and eighth in Gasly, is placed in the desired place within 50 seconds of the leader, who after accident today must think Roberto Merhi main rival for the title.
Now the World Series By Renault summer vacations are taken and will not return until 13 September at the Hungaroring.