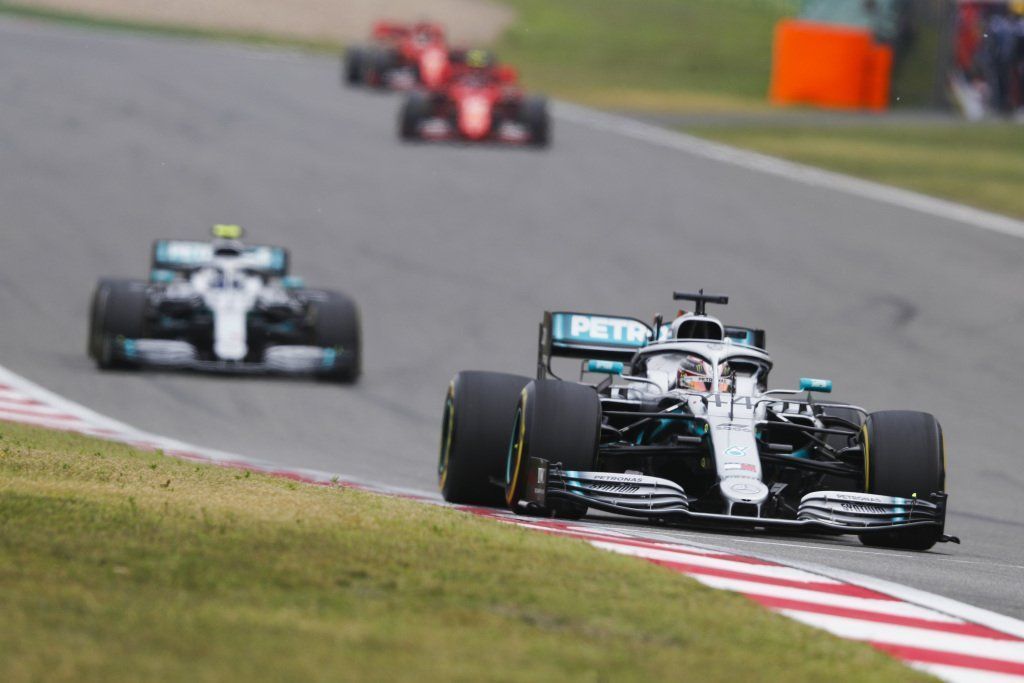 Mercedes has revealed that the idea was to mirror the strategy by Ferrari in F1 Chinese GP after creating enough gap to its rivals.

The F1 1000 weekend at Shanghai International Circuit did not start well for Lewis Hamilton but the British racer was able to fight back and eventually score his second win of the 2019 season and take the drivers’ championship lead.

Mercedes had a perfect run in the end where they even managed to double-stack their cars in their pit stop so that they don’t give any advantage to Ferrari by way of undercut. It proved to be a crucial decision as Sebastian Vettel got too close to Valtteri Bottas.

In fact, the idea of double-stack came from Toto Wolff and was then firmed by James Vowles. It is not an easy stop to attain as they cannot practice with just the one car – whatever they do is not the same as when the cars come in real.

While explaining the ideology behind the double-stack which Wolff described as a ‘proud’ moment for the team, Mercedes trackside engineer Andrew Shovlin also revealed that their original strategy was a one-stop and that they changed as per Ferrari’s calls.

“Our default was more likely one-stop,” said Shovlin. “We thought on balance, that was going to be a better strategy. But we had both in mind and it was really difficult race this one, to know which you were actually going to do.

“The one thing we didn’t know, on race day the track was slightly cooler, was just how much management that you were going to need to make that one-stop work. And that is why our main plan, rather than being a particular strategy was to try and build a gap to the Ferrari and then we should shadow what they did.

“We would be looking at the gaps behind and going for the safest possible race making sure that we have no risk to run out of tyres.” Shovlin also cleared the reason for bringing Bottas ahead of Hamilton in the first top where they had one-stop in mind.

Elaborating on the whole Mercedes double-stack, Shovlin said: “On Lap 35 Vettel came in, and that created a bit of a dilemma for us, because we had a decent gap to Vettel. But if we stopped Lewis first and Valtteri second, there’s a risk that Vettel would have been able to undercut Valtteri and take position.

“And if we had stopped Valtteri first to protect against Vettel and Lewis second, there was a chance that Valtteri would have undercut Lewis. So it put us in a slightly awkward position and it was actually Toto who suggested we do a stacked stop.

“That then becomes a discussion between James Vowles and Ron Meadows [Sporting Director], who is just checking that he is comfortable with the gap between the cars and we can get the pit crew ready to do the stacked stop, have both sets of tyres in the pitlane.

“James is the one who has the final decision on this and he decides to go ahead with it. What it allows us to do is to keep our two cars in the same order as they were before the stop and also protect against losing any positions to Ferrari.

“So on this occasion it was the perfect solution and it was actually a really nice, clean execution of the pit stop by the guys. Practicing a double pit stop is one of the hardest things because you don’t have two cars to practice with.

“We do have a pit stop car here [at Mercedes HQ in Brackley] and we can practice getting both sets of tyres out and practice doing two stops in succession but you can never really get quite the same situation of the car rolling into the box.

“It’s quite difficult for the rear jackman, because he has got to get out of the way when the first car leaves and then get into position when the second one comes in. The choreography is quite tricky, there’s a bit more to organise.

“Having that many tyres in the pitlane is a bit of a risk – you have to make sure the right tyres go on the right car but it is something we do as much preparation for as we can. You try not to do them too often.

“Because if you have a problem with the first car it also impacts the second and you can from being first and second in the race to third and fourth in no time. It isn’t something you do every day but on occasions where it makes sense, it is really useful tools to have in your toolset.”

In the debrief, Shovlin also confirmed the paint issue for Bottas which the Mercedes driver spoke about after the race. The meters of wheelspin he had was enough to disrupt his rhythm and the perfect start from Hamilton only made it worse.

Lewis Hamilton happy to get his start right in China