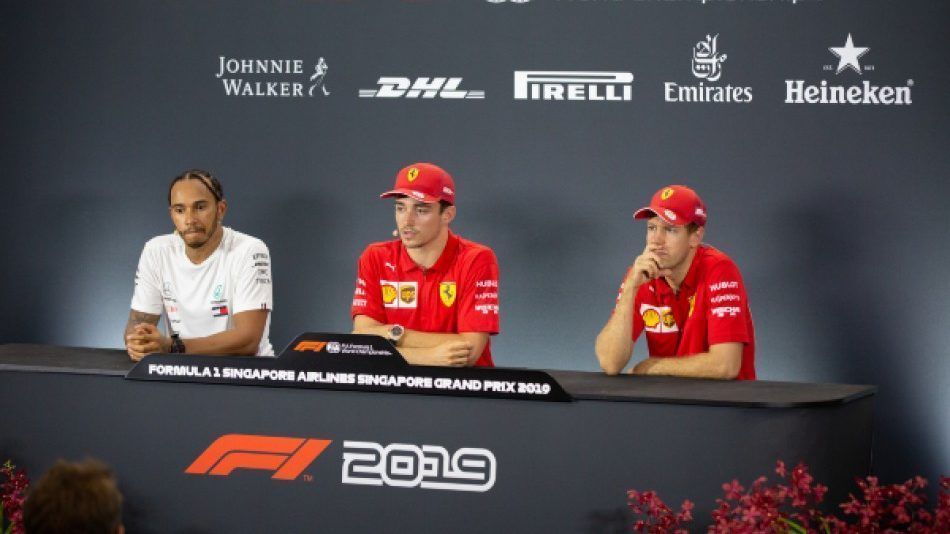 Mercedes never took eyes off Ferrari in F1 Singapore despite the weekend being dubbed as a fight against Red Bull Racing.

Ferrari has been a surprise in 2019 F1 season for all the wrong reasons but for a change in Singapore GP at Marina Bay Sands, they sprung in a performance in qualifying which did catch everyone out.

It didn’t look like that Ferrari had the pace against Mercedes on Friday, which even their own drivers or the team didn’t know that it will work out the way it did and that they could be in the tussle for pole.

Like in every grand prix, Toto Wolff did not put away the Ferrari threat and this time it was proven right. “I think you always need to have Ferrari on your radar,” said Wolff to media including FormulaRapida.net.

“They had some pretty good races in the beginning and then fell apart but sprung up recently. Even this weekend, I heard many saying that Mercedes would be favourites with Red Bull and Ferrari would be nowhere.

“That is due to their advantage on the straights and I always said to try to be cautious about these things. I don’t think they were lucky, Ferrari are always the force to be reckoned with.”

Talking about Ferrari going for qualifying pace and shedding a bit of their race pace, Wolff reckons it could be different on a track like Singapore, where slight less pace could still be good enough to hold on.

This was something Valtteri Bottas stated as well when answering of what he can do from fifth, with the Finn thinking that it will be difficult to overtake seeing similar paces of the cars around.

Talking about his own lap, he revealed that they had internal talks after the qualifying as Lewis Hamilton indirectly damaged his out lap when they were trying to get a clear run with McLaren around them.

Meanwhile, Hamilton was short on words after qualifying finishing second to Charles Leclerc and beating Vettel due to him not running. He had a good Friday but it didn’t convert on Saturday with Ferrari pace a surprise.

“We obviously came into the weekend knowing we would have a fight with the Red Bulls and it’s just knowing how the Ferraris have been in other places with high downforce, they’ve not been so strong – Budapest for example – and all of a sudden they’ve brought an upgrade here and it seems to have worked,” he said.

“Of course we were not expecting to have such a strong performance from them and to have that deficit to them. But they did a great job and I’m grateful that was able to split them – only just.

“But we were definitely lacking pace, it was definitely a struggle out there to battle with them and be up there. I like how close it was between us all and hopefully that puts us in good stead for more good fights.

“I don’t really know where we’re losing it. Obviously in that first sector is a bit of a loss to us. I think some part of it is straight line but then they’ve been able to match us in the middle and the last sector.

“So I think just overall, clearly a big step for them and we’ll just keep pushing. We’ve not had an upgrade really for a while, so maybe when that comes it’ll help us a little bit.”

Over at Ferrari, it was a pleasant surprise and despite Leclerc not having a clean lap, he got pole on a track where he did not expect to be there, especially after the Friday they had.

“The first lap was compromised by me as I started the lap too close to Lewis and that compromised the second sector and then I had quite a bit of pressure to perform on the last lap so I gave it all,” said Leclerc.

“There were quite a bit of mistakes, I lost the car quite a few times and I’ve seen myself in the wall at least twice or three times in the lap, but it felt amazing, the car was great.

“Friday was a very difficult day for me and to come here in qualifying and do the pole position feels absolutely amazing. I was very surprised with the car because even though we knew there was a bit more to come, we did not expect to challenge neither the Mercedes nor the Red Bulls.

“It’s quite a big surprise for the whole team but it juts proves how good a job they have done back at the factory and it’s also thanks to them if we are on pole.” Meanwhile, Vettel rued his last lap but hopes the race will be better.