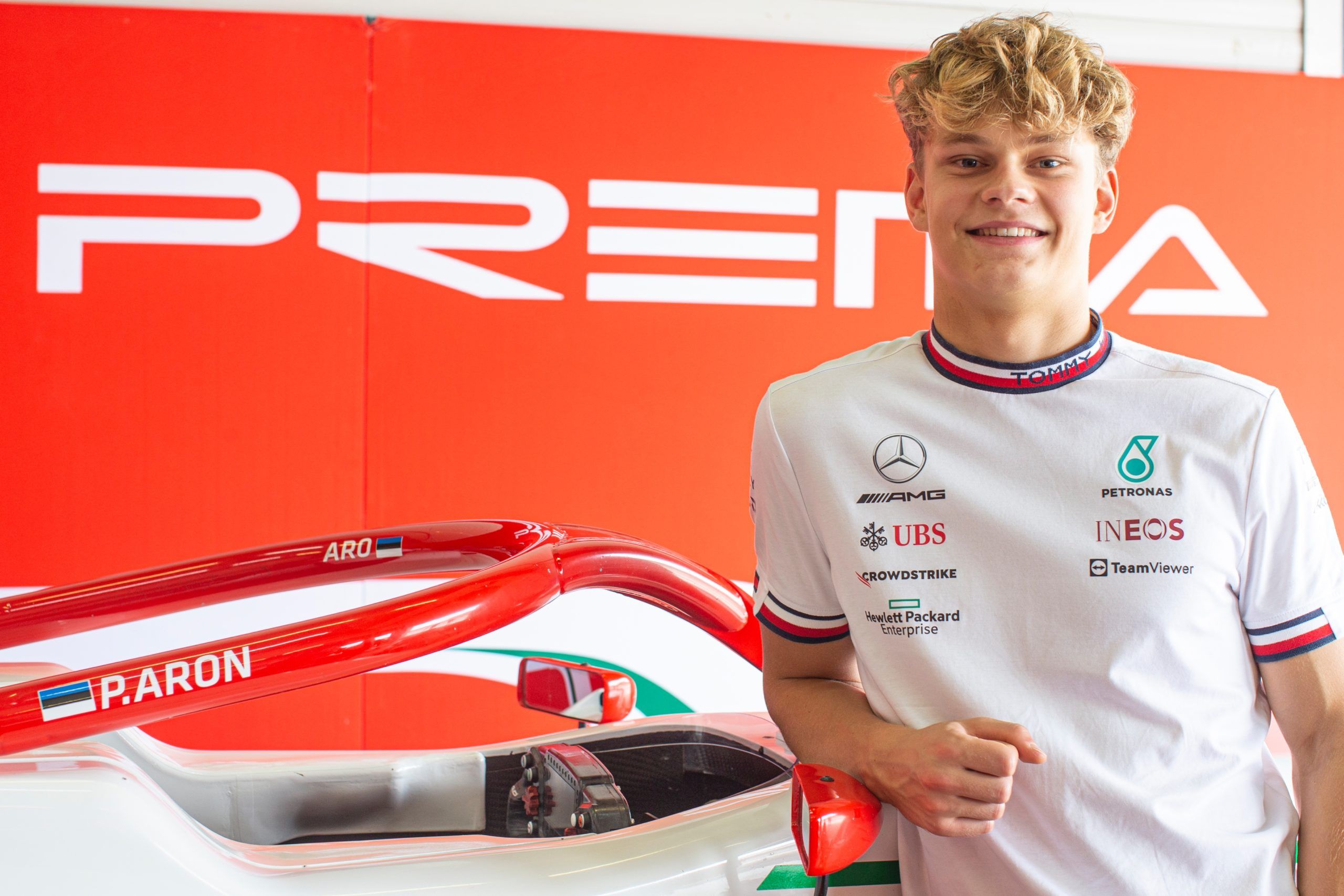 Prema Racing has announced Mercedes junior Paul Aron as its first signing for the 2023 F3 season, as he steps up from Formula Regional.

PREMA Racing is proud to announce that Estonian driver Paul Aron will stay with the team for the next step of his motorsports career. The 18-year-old racer will be joining the team’s FIA Formula 3 Championship operation in 2023.

A junior driver for the Mercedes-AMG PETRONAS F1 Team,  Aron made his car racing debut with PREMA in 2019, finishing third overall in the Italian Formula 4 Championship and winning the rookie title. He returned to the team in 2021, securing third place in the Formula Regional European Championship by Alpine. For 2022, he stayed in the same series where he’s fighting for the Drivers’ title with multiple wins achieved so far.

Having proved a very talented competitor and a brilliant team player, everyone at PREMA looks forward to working with Aron in FIA F3 for 2023 and supporting him in the final part of the 2022 FRECA campaign before heading into the offseason preparations.

Rene Rosin – Team Principal: “We are extremely delighted to continue working with Paul. We have always been aware of his winning potential, and we think he will keep producing impressive runs in the future, even in a very competitive and highly-challenging environment like Formula 3. It will be a learning year, but we are sure there will be many chances to challenge for high-profile results, so our goal is to push right from the winter preparations to be ready for 2023.”

Paul Aron: “I am very very happy, excited, and thankful to join a team like PREMA in the FIA Formula 3 Championship for the 2023 season. They proved themselves year after year, always having three cars on top and showing great pace. I am delighted to spend another year with them, and I am confident they will give me the best possible package to fight for the win. I am really looking forward to seeing what we will be able to achieve next year.”